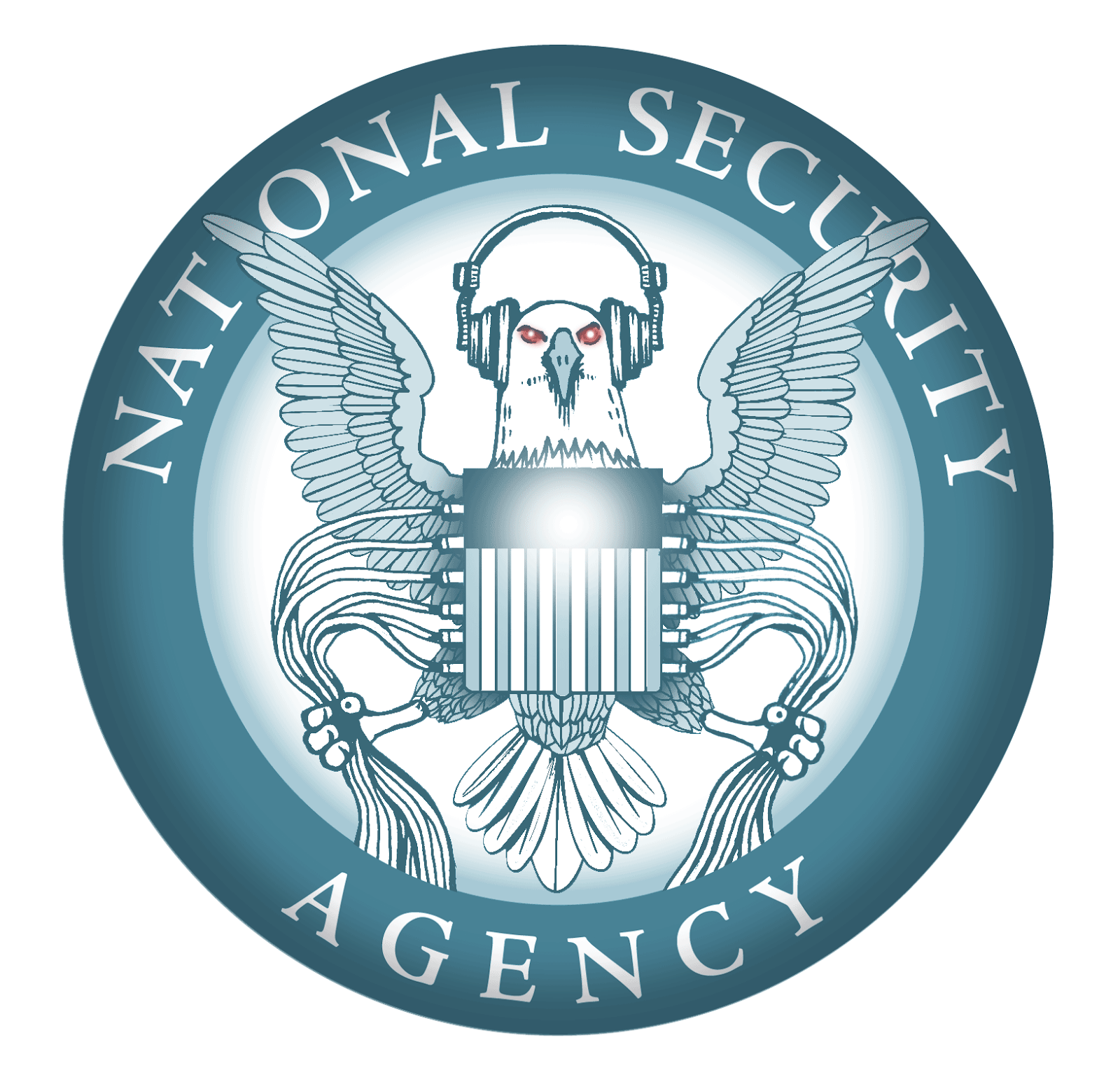 (This article was first published in July 2015 in the previous version of People’s Review. Due to an incident of hacking the old website was pulled down and we could only restore the old articles in this section)

Wikileaks website has recently uncovered the fact that the US administration was eavesdropping on the French Presidential office since years, starting from Jacques Chirac, Nicolas Sarkozy, to current president Francois Hollande. The founder of the Wikileaks, Julian Assange, told the media that “the French people have a right to know that their elected government is subject to hostile surveillance from a supposed ally. We are proud of our work with leading French publishers Liberation and Mediapart to bring this story to light. French readers can expect more timely and important revelations in the near future.”

The French politics experienced a huge turbulence after these revelations took place through Wikileaks French media partner, the left-wing Liberation and Mediapart. Since the rise of the US as a world hegemony seeker during the late 1940’s, when the previous world guardian, the Imperial British regime started losing control over the vast territories it ruled as direct and semi-colonies, the French along with the erstwhile West German regime and other Western European powers allied with the US to counter the rise of left-wing revolutionary movements that surfaced in the European continent and around the world following the great victory of Stalin led red army in defeating German fascists led by Hitler and with the victorious culmination of the Chinese revolution led by Mao Zedong. The threat of a Soviet Union led socialist bloc made the French and other developed capitalist nations rally under the banner of US monopoly-finance capital, and this marriage went on even after the collapse of the Soviet Union and its satellite East European states ruled by pseudo-communists since 1956.

France is a member of the US-led military bloc NATO, the other bodies that rules and divides the world among themselves like the G7, and also is a leading power in the European Union. However, despite such bonhomie with the Americans, the French Presidents have been a target of the NSA spying, which also targeted another US ally, the German chancellor Angela Merkel in the past.

Though the French President’s office expressed its displeasure to the US envoy, however, the US supervision over its allies will not see any end very soon. The reason for heightened US insecurity regarding its long-time allies is their suspicion of the allies not toeing the line formulated by Washington DC on politics, economy, and military affairs of Euro zone and the world. Especially, the French under Chirac opposed the Iraq aggression by the US-Britain coalition and made the American-British coalition a minority in the United Nations security council. The Greek debt crisis has serious forbearing on the European monopoly-finance capital along with that of the American monopoly capital, and therefore, one of the primary surveillance targets of the NSA was the French President’s secret meetings regarding the Greek debt crisis, along with Mr Hollande’s secret meeting with the leaders of the German opposition party, the Social Democrats on the Greek crisis.

Though the documents published by the Wikileaks did not dig much dirt this time, however, the French people are convinced that their government is under surveillance by a foreign power which they considered as a natural ally in the drive to expand the interests of French monopoly capital worldwide. The general suspicion roused during the German press reporting that Angela Merkel along with senior German officials being targets of US surveillance was confirmed with the latest Wikileaks releases.

The American administration is led by the most ruthless and reactionary bloc of the monopoly-finance capitalist lobby and despite the change of guard between the Democrats and the Republicans the functioning of the administration remains unchanged. The US monopoly capital which has stakes in European monopoly capital ventures, and has tied the whole world through millions of threads through which they control the politics and economy of most countries of the world are too reluctant to let lose their grip on the politics of any country, including their long-term allies like France or Germany.

The US Hawks strongly doubts each and every ally attached with them, and they fear that if under any pretext the allies do not toe the line prescribed by Washington DC and Wall Street, then the results will undermine the effort of the US to build up a world hegemony, which of course seeks unquestionable and unconditional support from the governments working under its umbrella.

The surveillance over the French government was not done with a hostile attitude, as seen from the released documents, however, it was done to keep tab of the developments in Paris and to contain anything that can slightly go against the interest of the White House. It is not only Paris that is under the scanner of the NSA, but also most US allies have them wired, consciously or unconsciously as part of the US exercise to control the movement of these governments. Hence, it will not be excess to say that any Wikileaks disclosure in the future regarding NSA surveillance on the Turkish, Danish, Swedish, Polish, or Italian regime will pop up and again stir up controversies.

The leaders of the European capitalist nations are well aware of such type of surveillance on them, and often do not cross the lines set by Washington. However, to put up a fake show of sovereignty and democracy in front of the people, so that their credibility as national rulers are not undermined at any cost, the governments of these countries start getting vocal in protest against such surveillance campaigns. The countries of the world are divided into three broad types by the US monopoly capital and its administration, firstly, there are nations that take every decision as per the dictate of the US government, secondly, there the countries which take decisions as per the commands of the US government yet they have their own policies as well to expand the influence of the monopoly capital of their own countries, thirdly, there are countries that oppose the decisions of the US government and tries to farther their own interests instead of the American goals.

The Asian-African-South American countries like India, Pakistan, Philippines, Saudi Arab, South Africa, Nigeria, Egypt, Sudan, Brazil, Colombia, Peru, etc falls into the first category of the nations and can be considered as the neo-colonies of the US monopoly capital that also allows the investments of its allies. In the second category are the European nations like France, Britain, Germany, Italy, Denmark, Sweden, Norway, Belgium, The Netherlands, Poland, Ukraine, etc along with Asian countries like Japan and North American country Canada are those countries which follows the US dictate majorly along with the interest of their own indigenous monopoly capital. Russia, Syria, China, Iran, Venezuela, etc are those countries that are in the anti-US bloc in business terms and do not toe the line of Washington DC without any geopolitical compulsions. Though the countries in the last group have no ideological difference with the US monopoly capital, but they have their contradictions in terms of market, policy making, and sphere of influence with the US.

The Americans continuously monitor the movements within each government, their decisions and their day to day functioning to keep a tab on the developments rising in these countries. They have virtually diminished anything called national sovereignty, and through their monstrous economic aggression programme of globalisation, which is done mainly through the American-sponsored bodies like the World Bank, the IMF and the WTO, the US government has gained control of the whole world.

In such a globalised world where the US government takes the final decision regarding every policy adopted by the governments of those countries that are controlled by it through the threads of capital investment in the economy. The more the world will move towards a globalised version the more tightened will be the grip of the US government on the functioning of the governments and covert operations will certainly transform into overt operations.

The US-led coalition of monopoly capital, penetrating to the farthest corners of the world, face only the stiff challenge from the anti-US left democratic bloc of workers-peasants and youth who are vehemently opposing the bids of the US-led coalition of monsters to seek global hegemony either through capital investment or through wars. The protest movements that started nearly fifteen years back under the anti-globalisation banner has reached its peak recently with the militant participation of people in Europe against the Troika of IMF-EU-ECB, especially related to Greek crisis, along with the Occupy movement of the US which oppose the monopoly capital domination over the lives of people, along with several other anti-austerity and anti-globalisation protests by different sections of people worldwide.

Only by strengthening such movements and with the change of regime in the nations of the world by a left, progressive and democratic force the influence of the American-led aggressive monopoly capital can be curbed. However, such a programme can be a distant thing as the US-led monopoly capital has blocked all the avenues for left-wing forces to power in the nations under its rule, and right wing fascism, extreme nationalist chauvinism is promoted worldwide by the US to counter any growth in militant anti-US struggles by the broad masses of the people.