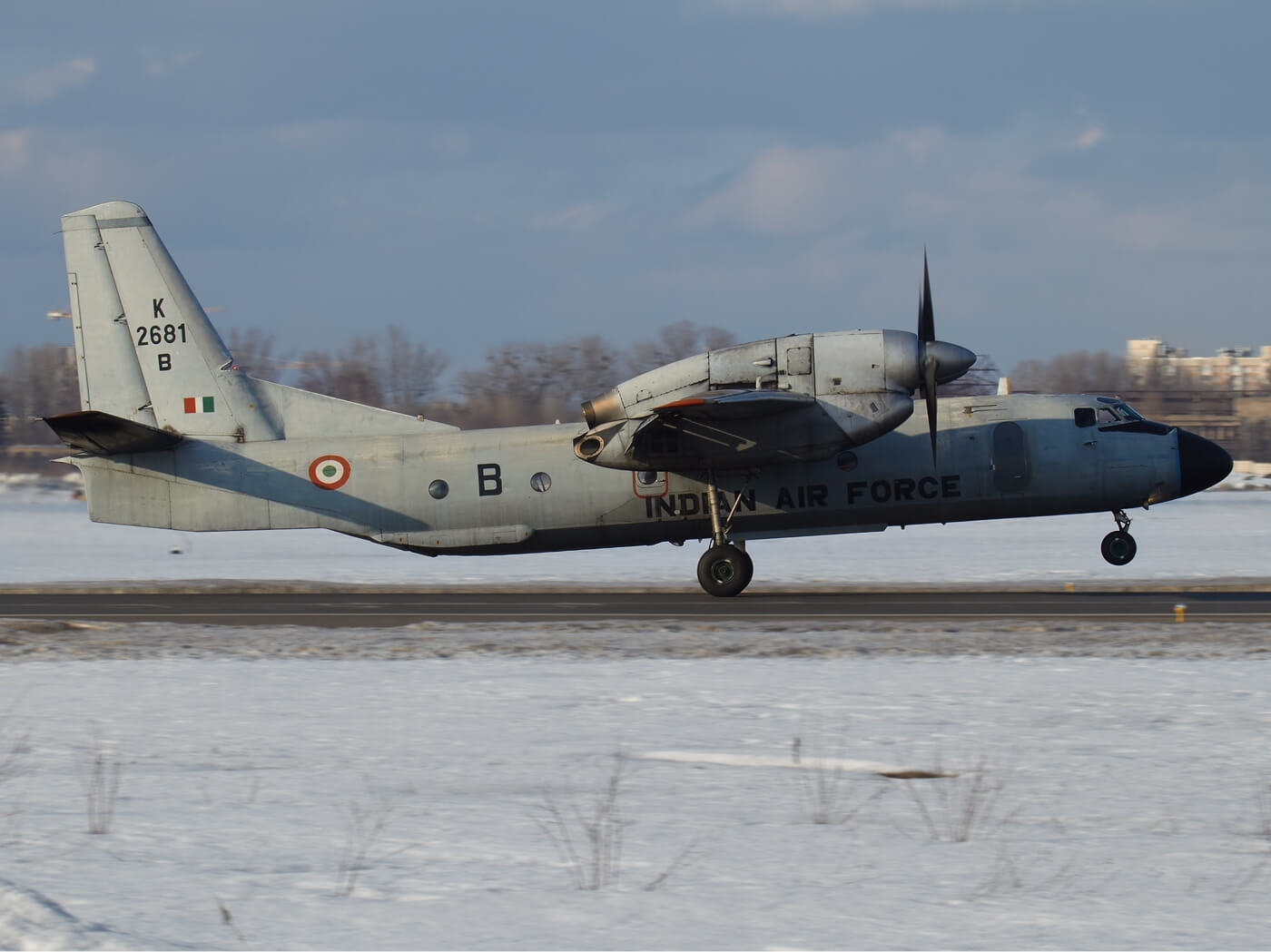 We are all set to hear from Prime Minister Narendra Modi and his sycophants the usual cacophony on the sacrifices an average soldier makes for the sake of the country, that the nation must not forget its soldiers, and similar textbook phrase-mongering on the occasion of India’s Independence Day.

Since the formation of the Modi regime, the military-worship culture is hyped more than ever. The armed forces are placed at the sanctum sanctorum of the political establishment to keep them immune from people’s scrutiny, despite the fact that these forces are meant to serve the people and not the government. Criticising the excesses committed by the armed forces is considered as a taboo and can land up anyone in trouble as the government will stamp them as “anti-national” for such criticism.

Any politically irredeemable imbecile would consider the Modi regime’s approach regarding the military establishment quite positive and think that under Modi’s rule, the government will do the best for the military personnel. Now, that’s an ill-founded notion, just like the wish of “Achhe Din”. Modi’s, or, for that matter, the entire Sangh Parivar’s, military love is essentially sham like their version of nationalism and patriotism.

This fake love for the armed forces is the reason that the Modi regime is exhibiting a sheer apathy and maintaining a conspicuous silence over an Indian Air Force’s (IAF) plane that went missing. The missing An-32 plane of the IAF, which was flying from the Tambaram Air Force Station in Chennai to Andaman and Nicobar Islands on 22 July 2016, went off the radar forever after flying 280km east. The An-32 plane was lost in the Bay of Bengal and the government, which does jingoistic chest thumping along with its paid agents and toady media whenever someone does a justified criticism of the armed forces, did actually nothing to trace the plane, which had 29 people on board including six crew members, eight defence civilians working for Naval Armament Depot, two Indian Army soldiers, one Indian Navy personnel, one Indian Coast Guard personnel and 11 Indian Air Force personnel. More than three weeks have gone and still, the government headed by a military-eulogising hardline Hindutva fascist outfit, commanding the third largest armed force in the world with access to world-class technology, is elusive about the plane and those soldiers on board.

Nowhere the corporate media and its high-decibel bullying anchors are found, who would otherwise rip apart civil rights and political activists if they dare to criticise the atrocities committed by the armed forces and call the activists or even won’t shy accuse fellow journalists of being “anti-national”. Such bootlicking propagandists of Modi are maintaining a conspicuous silence just like the entire Hindutva fascist camp. The An-32 plane went off the radar at 9.12am on 22 July, and by the late afternoon around 4pm, the government started a search and rescue operation involving the IAF, Coast Guards, and Indian Navy.

The search operation went on for three days and involved submarines scanning for underwater signal in the entire stretch of the suspected crash site. The government also pulled in the National Disaster Relief Force (NDRF) into the search and rescue operation. The satellite images provided by ISRO were used to find the plane that plunged 23,000 ft before going off the radar. The Weather Department informed that there was no cyclone or any such adverse weather conditions prevailing in the region when the An-32 plane went missing.

The An-32, according to aircraft experts, is an upgraded version of the Soviet-made An-26 military aircraft that can fly in all weather conditions for four hours without any refuelling.  The experts are considering that the crash could have been due to malfunctioning parts, which is very common with the Russian planes like An-32. The IAF officials, however, claimed that the plane was properly functioning as it was upgraded from Ukraine recently. The An-32 planes form the core of the transport fleet of the IAF, and there had been several instances of crashes and missing aircraft in the past, which makes the twin-engine aircraft one degree less haunted than the obsolete single-engined MiG 21 jets.

More than 30 years ago, on 25 March 1986, an An-32 aircraft just disappeared over the Indian Ocean when it was returning from the Soviet Union via Oman; the flight and seven people on-board were never found despite a massive search operation. Due to India’s status as a satellite state of the Soviet Union, the government of Rajiv Gandhi remained mute and covered up the disappearance. The news was never followed up in the mainstream media except for few occasional obituaries to the missing (dead) personnel who were on-board.

Four years after this incident, on 15 July 1990, another An-32 transport plane of the IAF, while flying to Thiruvananthapuram in Kerala from the same Tambaram Air Force station, crashed in the Ponmudi Mountain range, 55km northeast of Trivandrum city. Another IAF An-32 plane ferrying 21 people, including 18 military personnel, crashed near Indira Gandhi International Airport on 7 March 1999. All 21 people died in the incident when the BJP was ruling the country with Atal Bihari Vajpayee at its helm.

One more An-32 aircraft carrying 13 people crashed shortly after it took off from Mechukha in Arunachal Pradesh on 10 June 2009, 10 years after the crash in Delhi. The 13 people on board were killed and to save its skin the defence ministry signed a $400m deal with Ukraine to upgrade the entire fleet of An-32 aircraft. The upgrade was supposed to increase the lifespan of the Soviet antique aircraft to another 15 years. However, the recent crash of the An-32 clearly shows that the plane could not overcome the earlier shortcomings, which claimed several lives of IAF personnel and other armed force personnel.

Traditionally, the BJP and its parental organisation RSS were hardcore supporters of the US-led imperialist camp during the Cold War, which made them hostile to the pro-Soviet Congress regime. The now-defunct Bharatiya Jana Sangh and the BJP had been critical of Soviet hardware imports and always advocated for military supply tie-ups with the US-led imperialist block.

Upon coming to power in the late 1990s, the government of Atal Bihari Vajpayee increased the military ties with the US and created the platform on which the Indo-US military deal was concluded. The Vajpayee regime and its hawks opened up the Indian defence sector to the US, western European countries and Israel, to meet its political compulsions. Since the An-32 happens to be a Soviet-manufactured plane, the crash of one of the planes could provide a good political fodder to the ailing BJP, which is under attack from different corners due to the total failure of the Modi regime in fulfilling its poll promises.

The BJP could have raked up the issue of malfunctioning Soviet aircraft and other military hardware and blamed Indira and Rajiv Gandhi for the mess to save its own skin. This is the common strategy of the BJP under Modi — blame Nehru and the Congress governments of yesteryear for Modi’s failure — to distract the people’s attention from the shortcomings of its own government. The complete silence of the Modi regime on the status of the lost An-32 plane and a gradual withdrawal of the search and rescue operation since late July raised suspicion and when the media stopped reporting on the status of the missing plane, the suspicion increased manifold.

When a far-right organisation like the BJP, which survives on jingoism and military cacophony, suddenly swept a crucial issue like the disappearance of a military aircraft like the An-32 under the carpet it raises doubts about what’s cooking in the pot. As the silence reigns, it seems that the self-styled patriotic saffron brigade and its high-pitch newsroom supporters are up to hiding a big failure and cover it up with rhetoric mongering. It’s time for those who always talk about misuse of tax-payers money to ask the government why it has failed in recovering the debris of a crashed military transport plane even after three weeks despite making tall claims about military power and technological progress. If Modi can’t find the debris of a crashed plane, forget rescuing those onboard or prevent the mishap due to faulty parts and bad maintenance, then it’s better for him to leave the serious task of running a government to those who can at least own up the responsibility and acknowledge the problem, if not able to resolve it.