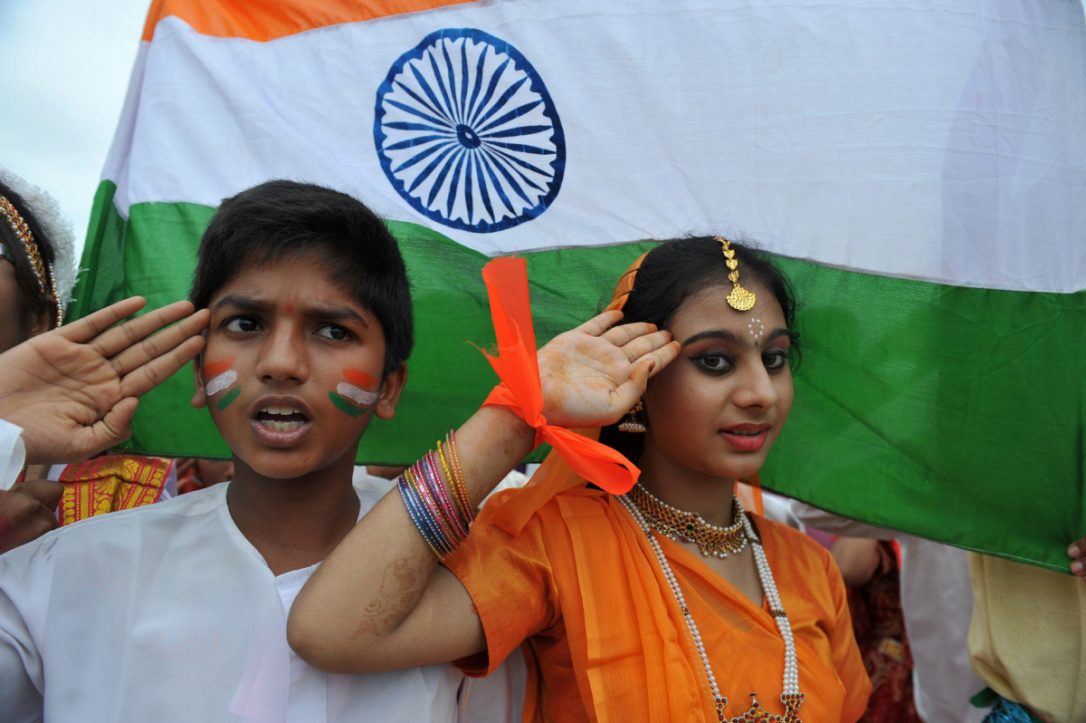 Nationalism and patriotism must be on display in each and every cinema halls. Supreme Court has passed an order on 30th November that makes it compulsory for cinema hall owners to play the national anthem at the beginning of every screening and made it mandatory for all cinema goers to stand in attention until the whole anthem is played. If anyone refuses to oblige they can be prosecuted and punished under the penal code for disrespecting the national flag or national anthem.
The same Supreme Court bench headed by Justice Amitabha Roy and Justice Dipak Misra surprisingly rejected the plea by a BJP leader, Ashwani Kumar Upadhyay, who wanted the courts of the country also in the league with the cinema halls, where the national anthem should be played before the proceeding of each case and everyone present in the courtroom, including the judges, should stand in attention as long as the anthem is played. The judges ordered the petitioner not to stretch the order on the national anthem, which meant that the judiciary wanted to keep itself immune from the regular dosage of nationalism it prescribed for the movie hall goers.

Force feeding of nationalism is a dangerous trend

Force feeding of nationalism is now a dangerous trend in the Modi-fied India and the judicial system, which was considered ‘immune’ from political pressure of the right-wing and is often the last resort of hope for many aggrieved people from the marginal communities and oppressed sections of the society, too showed its vulnerability to the penetration of the Hindutva fascism. Nearly nine months ago a judge in Delhi gave a long and ‘nationalist’ lecture to a student leader of JNU, Kanhaiya Kumar, who was arrested by the BJP government for ‘sedition’.

A judge of Nagpur bench of Maharashtra, the same city where the headquarters of the parent body of the BJP and other Hindutva outfits- RSS is located, condemned the writings of Arundhati Roy and rejected the bail plea of Delhi University professor, Dr G.N. Saibaba. A few days ago, the Supreme Court bench called in retired Justice Markandey Katju for his review petition in a case and used the occasion to bash Justice Katju for his anti-establishment views, which are personal and were not linked to the case Justice Katju was referring to.
The concept of nationalism still remains foggy in a country where millions are languishing in a semi-starved and semi-pauperised condition due to the extreme poverty that was gifted by 200 years of direct colonial rule and nearly 70 years of indirect colonial oppression by Western economies and their coterie, the feudal landlords and the crony and comprador Indian capitalists. While more poor people live in six provinces of India than the 26 sub-Saharan countries, India still has a great growth rate and a very vibrant middle class galloping ahead with the aspiration to become elite and super rich, who are nearly one-fifth of the entire population, yet their version of nationalism, which is essentially a white, Hindu, upper-caste, masculine, and Islamophobic thing, is in constant demand in this country since the time the BJP usurped power under Narendra Modi’s leadership.

This ‘nationalism’, which is divorced from the feelings and emotions of the majority of the people, is now imposed on the people as a compulsory dosage for all social evils, including the drive of demonetisation. People are asked to have unconditional faith in the institutions of the state machinery, and alike a junta, the military establishment is kept at the sanctum sanctorum in the public discourse. The armed forces are considered the ideal manifestation of the idea of “nationalism” and “patriotism”, their negative aspects are overlooked and any criticism of the armed forces are labelled as “anti-national” and blasphemous.

The neo-liberal economic system that supports the policy of globalisation pursued by the big monopoly and finance capital of the West under the patronage of the US-led coalition, has totally dismantled the last vestige of what remained of the democracy people felt proud about. It’s today absolutely okay to criticise the national emergency and the tyranny unleashed by the Indira Gandhi and her son Sanjay Gandhi during the heydays of the Congress Party in the 1970s. However, similar critical assessment of the present disposition and its agenda of turning India into a theocratic Hindutva state with Brahminical hegemony irks the same people who encourage a critical assessment of the Gandhi tyranny.

Slowly heading towards a theocratic Brahminical tyranny, the idea of a nation called India, a federal republic of several states with their unique identity and way of life, is losing its attraction due to the uniformisation and stereotyping of the concept of “nationalism”. The idea of building up a progressive and inclusive democratic country that will host all sort of diverse ideas and thoughts and will give full play to the practice of liberal democracy failed drastically since the foreign monopoly and finance capital started losing its purse strings to fund openly the Indian corporate sector.

The fault does not lie with the nation or the composition of its people, but it solely lies with the system and the class and social section that manages the system and their vision. The force feeding of “nationalism” and pre-defined way of living life or doing things and unconditionally abiding by the diktats of the state on what to do, what to wear, what to eat, what to speak, what to read, or what to write, is slowly crippling the country and will be hastening the expansion of fascism in the country. The democratic voices will be further sidelined if a nationwide initiative is not taken on an immediate basis to counter this forceful imposition of customised “nationalism” among the people.

Bollywood films worked in tandem with the ruling clique of India to carry forward the propaganda of the Brahminical state since decades, no wonder now the movie theatres will also join the league in taming the people and in making them better “patriots” in the full filmy-style.