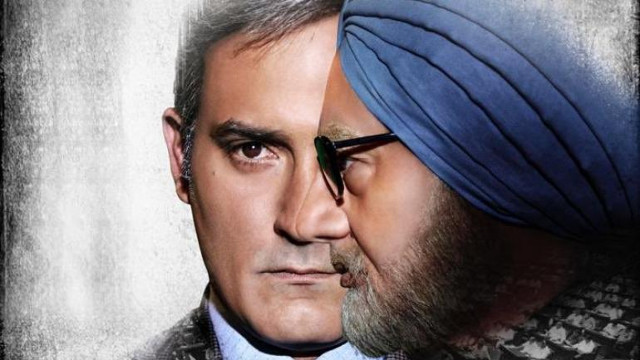 Films that depict lives of celebrities or controversial characters often find a quite good response in the box office, especially when there is a thrust of political controversy. A new film, The Accidental Prime Minister, is showing a similar potential two weeks before its official release. The film, which depicts the story of former prime minister Dr Manmohan Singh’s tenure, as narrated by Sanjay Baru in an eponymous book, features BJP’s vocal supporter and party MP Kirron Kher’s husband Anupam Kher as the chief protagonist.

The undertone of the film has a critical approach towards the Congress Party, which it accuses of turning Dr Singh into a puppet of Sonia and Rahul Gandhi. The former prime minister is shown as a helpless man whose decisions are vetoed by the party boss and he is kept at the helm of the state until the heir apparent is ready to take over. The BJP’s promotion of the film through its official Twitter account and the Congress’ allergic response to the film’s script have already created the much-required stir for the film and discussion over the title became a viral topic on social media.

“Riveting tale of how a family held the country to ransom for 10 long years. Was Dr Singh just a regent who was holding on to the PM’s chair till the time heir was ready? Watch the official trailer of #TheAccidentalPrimeMinister, based on an insider’s account, releasing on 11 January,” the BJP tweeted through its official handle.

Dr Singh refused to comment on the film when he was confronted by the press, while the Congress Party initially shrugged off the film with a tepid response. It was only when the film’s director, Vijay Ratnakar Gutte, was found accused of a GST fraud that the party took potshots against the film in a sarcastic way. Mr Gutte’s father Ratnakar Gutte is also accused of a Rs 54 billion scam in Maharashtra, which also gave enough ammo to the opponents of the film to castigate it as a propaganda klaxon of the BJP.

Dr Manmohan Singh has been always projected as a weak prime minister by the BJP. The propaganda around the former prime minister’s purported weakness helped the RSS and the BJP to project Narendra Modi as a strong contender for the position and as the ‘one’ who would revive the golden ‘Hindu’ India, which according to the Sangh was lost due to Muslim aggression. The ascension of Modi can be credited to Dr Singh’s misrule and his government’s complicity in the gargantuan scams for which the Congress’ rule became infamous.

Now Youth Congress and NSUI activists from different parts of the country are threatening against the release of the film unless a Congress delegate is allowed to watch the film and okays its edits. This has stirred a controversy, as the Congress, which vouch on liberal and democratic values, especially during the BJP’s rule, is behaving exactly how the feral RSS men would do in a similar situation.

It’s quite mundane that a political party will support any film or any intellectual move that will promote its political standpoint. The BJP’s support to The Accidental Prime Minister is not an exception. It has the right to support a film that supports its political vision. Especially with the series of films like Uri, The Accidental Prime Minister, etc. before the 2019 general election, the BJP will find some sort of gush in its sail in the sea of anti-incumbency.

To oppose the film simply because it criticises the Congress’ rule, its patriarch family and shows the grand old party in dark shades is not a healthy sign for a party that is promising the country a better and democratic future, especially when art, culture, films and intellectual freedom have been facing attacks from the Hindutva fascist camp whenever any sort of anti-Modi, anti-Brahminical or anti-Hindutva views are expressed  through them.

As the Congress chief is advocating for the ‘freedom of expression’, then it becomes his responsibility to ensure that his party and its affiliates welcome even a critical film on the Congress by a sycophant of the Modi regime.

For the matter of art and culture, it must be remembered that they are extended political tools of different classes to extend their influence on the masses. It’s about a clash of ideologies and when one section of the ruling classes impose a ban on any creation of art using brute force, then they actually validate the accusation levelled by the contender through the form of art.

If the Congress claims that it’s different than the BJP on the matters related to ‘freedom of expression’, then it’s its turn to prove that such a difference exists in real by allowing The Accidental Prime Minister to release without any disruption, rather than creating a ruckus over the issue.

To counter the BJP’s propaganda, the Congress and the parliamentary opposition can fund or support a film on the current dispensation and its brutal, communal and barbaric fascist rule on India. To counter the propaganda of The Accidental Prime Minister one should neither opt for the road of banning the film following Indira Gandhi’s footsteps nor should one resort to vandalism.

In order to oppose an artistic creation, including agitprop, one must resort to arts; they should also make a counter film on the current prime minister and his complicities in big-ticket scams like demonetisation, Rafale Jet scam, Sahara diaries, Adani tax scam, etc. In response to The Accidental Prime Minister, one should make a film that would showcase the megalomaniac and fascist prime minister in a way he would not like the public to see himself. This will be the only response that will reveal the BJP’s propaganda over The Accidental Prime Minister and would expose its true character, as the Hindutva camp will plunge violently to oppose such a film.