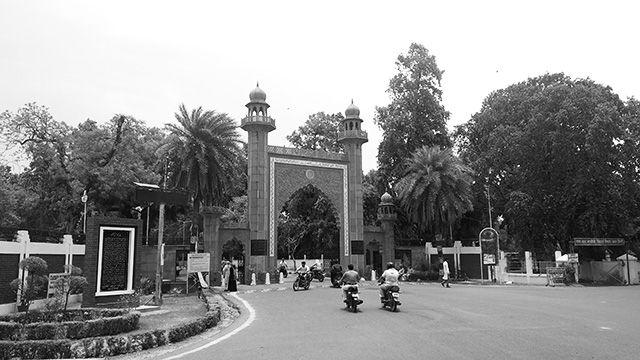 As the Kashmir valley reels under an unprecedented blockade, with New Delhi’s military boots trampling upon Kashmiri people’s rights, their dignity and their self-esteem by locking them inside their homes, with restricted movement and absolutely no communication opportunity to know what’s happening in the outer world, Prime Minister Narendra Modi’s Hindutva fascist Bharatiya Janata Party (BJP) government is actually mocking their pain after scrapping the last piece of paper — Article 370 — that at least promised Jammu & Kashmir a limited autonomy. Now, after formally annexing Jammu & Kashmir using its brute majority in the parliament and illegally scrapping the essential article through Presidential declaration, the Modi regime is rubbing salt on the wound of the Kashmiri people by offering a generous dole to the Kashmiri students who are stranded in different educational institutions of India due to the siege of Kashmir and can neither celebrate the Muslim festival of Eid ul-Zuha nor talk to their family members in the valley.

Satya Pal Malik, the former BJP leader-turned-governor of Jammu & Kashmir has reportedly allocated Rs 100,000 each for liaisoning officers who are ordered to help the Kashmiri Muslim students celebrate Eid ul-Zuha while they are stranded far away from their besieged families. The Kashmiri students saw this move as an insult, as an attempt to buy their consent after New Delhi imposed martial rule in the valley and overturned the constitutional basis of Jammu & Kashmir’s relationship with Indian Union, and therefore, rebuked and condemned it.

The students of Jammu & Kashmir studying at Aligarh Muslim University (AMU) have been suffering as well due to the blockade. Out of nearly 800 Kashmiri students studying in AMU, almost all students of undergraduate and postgraduate level have returned to their homes in the valley at the beginning of the vacation season. Only around 250 postgraduate students and research scholars are left in the university campus, who are cut-off from their families in the valley and even those students who have gone there for their vacations. These students have categorically declined the invitation by the AMU’s vice chancellor for an Eid lunch at the university’s guest house, which was to be hosted by Sanjay Pandit, Liaison Officer, Government of India.

They called it an attempt to “rub salt on our wounds and to present a humane face of the brutal state before the world”. This refusal to join the festive celebration, thrown as crumb to the Kashmiris by brutally dehumanising them, is the least these students could do in AMU, which itself is branded as an “anti-national” and “terrorist” institution by the propaganda channels of the Rashtriya Swayamsevak Sangh, which is the parental and body of the BJP.

In a statement issued by them, which was shared by Bilal Majid, a Kashmiri research scholar in the university, the Kashmiri students said:

“We, the students from Jammu & Kashmir studying at Aligarh Muslim University, hereby express our dismay on the invitation that has political connotation and is aimed to rub salts on our wounds. We take this invitation as an opportunity to reject Delhi’s authoritarianism and drama played in the Indian parliament on the 5th of this month. Though Delhi has a history of broken promises, the revocation of Article 370 without consultation of the people of Jammu & Kashmir by manoeuvring the Constitution, is a broad daylight robbery of our rights.

It was followed by an absolute clampdown in the state and a massive crackdown across Jammu & Kashmir, thereby arresting over 800 political workers. All the communication services have been barred and there is a blanket ban on expressing dissent in Jammu & Kashmir. No newspaper has published its online or print version in the last six days. The Governor of Jammu & Kashmir has even imprisoned the lawyers, professors, traders and students in the guise of public law and order. There is an emergency in the state and a war cry at the borders. The universities and colleges have been turned into camps for paramilitary troops and schools have been closed for an indefinite time. No means to communicate with our parents back home have been left. We have been rendered to the dark ages in the 21st century. There is an imminent threat of demographic change in the designs of Delhi to rob us of our culture, history and religion.”

Expressing anger against New Delhi’s colonial high-handedness, the students further said in their statement to the media:

“Under such circumstances, the entire Alig fraternity of Jammu & Kashmir at AMU expresses our deep anger against the deceitful behaviour of Delhi. We condemn the curfew and clampdown of communication services in Jammu & Kashmir. We strongly believe that an invitation for lunch on Eid is to rub salt on our wounds and to present a humane face of the brutal state before the world. This is an attempt to mislead the international community and people in India about the ground situation in Kashmir. The Governor of the state has no sympathies for us and the sanction of Rs 100,000 and an Eid invitation is to buy our consent for the undemocratic means adopted by the Indian Government. The acceptance of the invitation would be an insult to the courage of our parents who are surviving the massive militarisation and absolute clampdown in Jammu & Kashmir.

We, the students at Aligarh Muslim University have therefore unanimously decided to reject this invitation.”

The Jammu & Kashmir students in the University of Hyderabad also declined the invitation of Eid celebration from the liaisoning officer alike the AMU students. They too released a statement on the issue.

Though this declination to join the lunch for Eid will not hurt the government much, yet it will certainly register the fact that the Kashmiri people aren’t looking for generosity from Indian government but their birthright to live like dignified human beings who are not subjected to military clampdowns and subjugation like colonised people. The students, who are left stranded, far away from their homes with no news about their loved ones, have no other means to protest and show their dissent to the government than refusing to endorse New Delhi’s actions of subverting the Constitution and trampling upon Kashmiri people’s rights by not going to an event which would create a different and favourable optics for the Modi regime.

It’s uncertain whether the Modi regime will open the communication channels to help these stranded students communicate with their family members, if not travel to their homes for the festival whose sheen is lost from Kashmir’s society since decades. The dehumanising and colonising of the Kashmiris and snatching away their basic human rights will not serve any long-term purpose but complicate the situation and create major roadblocks in the process of a peaceful and democratic resolution of the Kashmir issue. It’s unlikely that the Modi regime, which wants to hoodwink its upper-caste Hindu elite and urban middle-class vote bank, will care about the agony of the Kashmiris, however, the democratic and progressive people of India must take up the cause of Kashmir and express solidarity with it and vehemently oppose the Modi regime’s obnoxious agendas. Through such deeds, the Hindutva fascist forces can be forced into a retreat and Kashmir can usher into a new dawn of peace, freedom, unity and democracy.