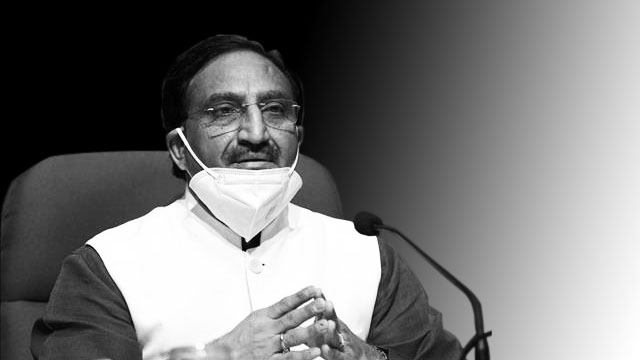 It is not a mere coincidence but an observable trend that fascist countries have the highest death rates related to COVID-19 pandemic, starting from the most corrupt, and relentlessly authoritarian Donald Trump regime in the US, followed by no less in ruin Jair Bolsonaro’s Brazil, and finally Prime Minister Narendra Modi’s India. The only reason why the deaths in these three countries are soaring is because the state of affairs goes on as usual; while the government does not make any special provisions to effectively deal with the pandemic, on the contrary, it continues to harass public institutions, doctors, frontline workers and others who work in the public healthcare sector, while, at the same time, providing the private hospitals leeway to charge exorbitant prices, even for something necessary, like a COVID-19 test.

If this was not enough, it uses the pandemic as a ruse for other policy changes and their implementations at a hurried pace, which will have severe impacts on the people’s lives. The impacts of unapologetic privatisation of the last remnants of Indian public sector undertakings (PSUs), including even the most basic industries, which the Indian rulers inherited from their colonial British masters, such as railways, only go to show how labour laws and other regulations are diluted with impunity so that the rights of the workers are effectively trammelled to the direct profit of the private corporations.

As if this was not enough of a paradigm shift for the government from which it will be impossible for the public, especially the poor and the marginalised, to recover, the ruling Bharatiya Janata Party (BJP) government introduced the new National Education Policy (NEP) 2020, which has introduced a whole new model of cultural engineering that will ensure a forever-increasing gulf between those who can afford education and those who cannot. The astoundingly amazing fact to consider is not that the government has introduced and is going to implement this NEP, which will make sure that essential facts of history, political science and even language at the school-level education will be changed to make for a more “India-centred” knowledge or more aptly put, indoctrination, in order to serve the interests of the global capital, rather, what is stupefying is the mum observed by the fighters of social justice and guardians of civil society, who had promised to fight fascism and its onslaught upon the people.

One by one, the Modi regime, at the behest of its sponsors, is destroying every freedom and right that was won by the Indian people, especially in the sphere of education, to make it absolutely dependent upon private funding, as is evident with the decree to make all undergraduate colleges in all universities autonomous. Add to this calculation the celebration of the Rashtriya Swayamsevak Sangh (RSS)––the parental body of the BJP––at the idea of making education more accessible by incorporating scheduled languages, but the government has not made clear how it will provide the necessary textbooks in all of the scheduled languages spoken in India. It’s also feared that there will be a resurgence of yet another wave of disinformation and misinformation that people of the nation have been witnessing thus far on television, print and online media, but this will be now officially considered as “education”.

Another grave concern that was flagged earlier is a complex and compound issue and to unpack the burden put upon the so-called activists and political organisations having now left the streets in fear of the pandemic and taken to Twitter certainly deserve more attention. The toiling masses and workers, whom these political organisations claim to represent, were on the streets by themselves, facing grave crises of unemployment, scarcity and unavailability of food resources and, of course, the ever-looming danger of infection with the added horror of lack of proper affordable healthcare or infrastructure for treatment. This gap between actual needs of the oppressed masses and lack of support from the leaders, who are supposed to practice the politics of worker rights, was filled by the RSS with a state-sponsored agenda of surveillance and appeasement in the name of skill-mapping, in states such as Uttar Pradesh and in other similar cases profiteering on their misery.

No one has raised the issue of the migrant workers or their job loss by actually joining in a movement with them, and this is shameful, at least for the official and legal communist parties with active trade-union wings or the civil society groups of social justice who are only too keen to take to the streets and write petitions to the government about the distress of the poor in their pre-pandemic heyday.

Now the BJP, along with the RSS, has dealt an assault at the heart of the matter, ie, the colonial institutions which certain sections of society thought as modernising while these were nothing more than bastions of spreading meritocracy and social inequality among the social climbers who imagined education to be a way out of the prison and confines of the hegemonic rule of the exploitative ruling class to acquire a better position in society. The BJP government with the Indian state machinery at its disposal has made it clear to all sections of society that there is no way out, and the brazen way in which the ruling class has asserted is intentions is a direct challenge to any section or class that thinks it is an exception to that rule.

The select few cases of exceptions are obviously those who can afford an autonomous existence free from the drudgery of wage-labour and living hand to mouth, because the latter is for the class of servants who will be trained and educated under the NEP. It is not an exaggeration to say that the skill-based vocational teaching curriculum is only responsible for the large dropout rates from the technical institutes as well as the credit system which has again failed to absorb students, despite all promises, into the colleges, to which the mass failing of Dalit and tribal students in the Delhi University stand out as a besmirching example.

The liberal section of society that has thus far dutifully ensured following the safety protocols and diktats of the government, and stands defeated against the rapid and regressive changes in the affairs of the state, against the misuse of measures of policing and security taken in light of pandemic and should seriously reconsider its shameless resignation to fate and phobia for the change it was so vocal about. They have abandoned the battles and struggles of every section of society, whether it be persecution of professors and intellectuals one after another, or failing to stand shoulder to shoulder in solidarity with the doctors, farmers or other sections of society protesting on the streets, so it remains to be seen how much grace will be shown in fighting for education at this current point.

Even in fascist states such as Israel and downtrodden countries like Mali, the people have taken to the streets in protest against the injustices and corruptions of the government, and here in India, the so-called champions of social justice, human rights and cause of the oppressed are wearing the yoke of oppression and a new form of colonialism, where the ruling government is bringing back the concerns solved decades ago just to benefit the global flow of capital and the power of imperialism, by being calm as Hindu cows, to borrow yet another colonial construct. It is difficult to expect the students or those concerned with education to put their lives in danger along with others to rally behind a cause that has been the rallying point of these sections of society for so many years now, because times have certainly changed, and for the worse.

However, what can be worse than a state in which the people are fighting biological warfare amid severe lack of resources the conditions of which has been created by the ruling government, while also fighting the psychological warfare of being constantly fed communal hatred, false information and policy-level enactment on a daily basis? This shift of perspective and inability to physically connect to the world and its social processes to play a part in it materially has taken its Mandela effect upon the people who are unable to discern between reality and virtual world. This is just because a certain section of society has become enslaved by software technology for its means of sustenance, others lose their means of livelihood very drastically, daily.

Education has to be the final stand and a decisive battle because it has the potential to rally behind it all other problems, issues and agendas, and its destruction is already underway alongside the loss of livelihood which is so excessive that even doctors, that professional class which captures the fantasy of imagination of the aspiring middle-class, have started to protest at the plight of being reduced to working like robots with not nearly enough pay. Things can get worse if something is not done soon, and we do not understand it because it will be incomprehensibly difficult and regretful if we left it in the hands of the government and our fate to the current state.