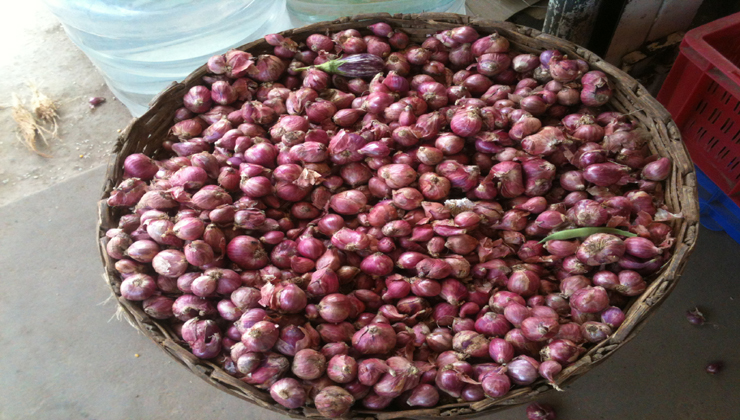 This article was first published in August 2015 in the previous version of People’s Review. Due to an incident of hacking the old website was pulled down and we could only restore the old articles in this section)

The BJP and the Prime Minister, Narendra Modi, made tall claims during the Congress led UPA government’s tenure of a decade, during which the people experienced unforeseen spiralling of the prices of essential commodities, especially vegetables and staple food crops. However, in the last few months, during the highly praised phase of ‘Better Days’ of Modi government, the prices of onion, one of the major and important vegetable, and multitude of pulses, has soared drastically to cause immense trouble to the people.

The experts on retail and wholesale markets of food grains are blaming the hoarding and stocking of the vegetable and pulses for the price rise. The market experts are alleging that the traders and the intermediaries are causing an artificial price rise to reap huge profits during the tenure of the trader-friendly BJP. As the prices of onion has soared to Rs.80.00 per kg in the retail market of Delhi, and is expected to cross Rs.100 mark very soon if the government does not take any strong measure against the hoarding of the vegetable. Normal pulse prices are at the average of Rs.100 per kg in the retail market and are expected to rise above Rs. 130.

The food grain prices in India has risen continuously since the regime of Atal Bihari Vajpayee led NDA allowed future trading in agricultural products, which caused speculative trading in food grains, vegetables, essential staples and resulted into fast paced inflation that started since the early part of the new millennium and is still continuing.

The finance sharks, acting on the advisory of consulting agencies engaged in future trading of food grains, are investing heavily in the food grain markets due to the larger spectrum of the market and reaping huge profits out of their investment.

The BJP government has remained mum over the question of dealing harshly with the traders, who are engaged in the acts of hoarding, as the trader lobby of the upper caste Hindus are the traditional vote bank of the BJP. Under such patronage the black marketers are enjoying their sunny days, with immense earning from the illegal stocking of the food products. At the same time people are weeping all over the nation due to the spiralling prices of onion, which is going unchecked due to the half-hearted attitude of the government in acting against hoarders and blackmarketers. The dismantling of a proper Public Distribution System (PDS) has added to the woe and the much worshipped market driven model of food grain distribution has wrecked havoc on people and fattened the large corporations that invested in the lucrative retail sector of India. Modi’s bonhomie with these particular sections of corporate houses will render the people without any sort of support from a government that focus more on marketing gimmicks to befool people rather than resolving problems.