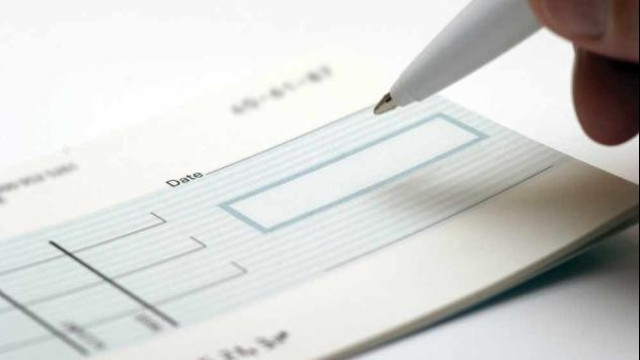 Demonetisation and GST roll-out hit the Indian trade and commerce, especially small and middle-scale traders, industrialists and the broad masses of workers and farmers adversely and created an economic catastrophe from which the Indian economy shows no sign of recovery even now. At a time when the economy is crisis-ridden, the workers and farmers are in distress, unemployment is rising and small-medium traders are suffocating due to their dying business, the Modi government is mulling over the possibility of enforcing a cheque ban to carry ahead its notorious gimmick of fighting “black money” to eliminate corruption. The simple news of cheque ban by the Modi government has created a ruckus in the country, as many small companies, traders and senior citizens still rely upon cheques for their day-to-day functioning and a ban on the instrument can be a big blow to the economy. More than 95 per cent transactions happen on cash and cheques at present in India, despite the Modi government’s push for digital transactions. The news of cheque ban was confirmed by Praveen Khandelwal, the head of the Confederation of All India Traders (CAIT), though the Finance Ministry kept ambiguity on the issue and denied to reveal any information.

The cheque is more than an instrument for numerous small and medium traders and industrialists, who pay for goods, raw materials or other trade-related transactions using cheques regularly, especially when they buy things in credit from known suppliers or vendors and then use post-dated cheques as the collateral or guarantee. Upon the availability of money, they ask their suppliers or creditors to deposit those cheques. The lower-middle class senior citizens are dependent on cheques too and even for large transactions, the business houses prefer cheques. Banning the cheque overnight will actually affect a lot of people from different walks of life and above all, it will again leave a negative impact on the economy, which is still shivering from the aftermath of the notorious demonetisation exercise and the GST roll-out. However, as news sources indicate, the cheque ban by the Modi government will be used as a PR stunt by the regime and its toady media houses will build a new sham populist narrative to bamboozle the poor into believing that Modi is crusading against the rich and the corrupt. Just like the Modi regime’s bootlicking media outlets claimed that new ₹2000 notes will have GPS chips in them, to sensationalise the ill-planned move of Narendra Modi.

The implementation of cheque ban by the Modi government will create a large-scale chaos, if not on a gigantic scale like what demonetisation did. But the implementation of such a project, at a time when an adequate number of ATMs are not operational, can bring a major disruption for the small and mid-sized traders and industrialists, who are already been paralysed largely by the demonetisation and GST roll-out. The cheque ban by the Modi government is the replication of a similar step that the British government and the Bank of England took to phase-out cheques by 2018, which will cause a severe problem to the British citizens above 60 unless the opposition Labour Party can carry out a movement to stop it in the parliament. Cheques cannot be banned abruptly in India under the guise of fighting graft, as it will push the economy once more into a disarrayed state and will affect long-term economic gains and impact business. A demonetisation-like stunt to smokescreen an ulterior motive cannot be allowed and the Modi government must be stopped from pushing the economy into further crisis immediately.

Demonetisation and GST roll-out didn’t choke comprador and crony capitalists like Tata, Ambani, Adani or Vijay Mallya. The people were made to believe that these people had no black money, or ill-gotten money, while the investigations into cases of overcharging over imports, circular billing, siphoning-off cash and profit to tax havens or simply defaulting on multi-million rupees loans taken from public sector banks are diluted to ensure that the culprits can roam scot-free. The corrupt and the rich remained aloof from the pain and agony that became a part of the lives of the people, the common people who also lost their employment and suffered immense hardships, including 150+ deaths, when Narendra Modi asked them to take on pain for 50 days to purge the filth of corruption from the country. But when the real scenario became visible, Narendra Modi and the BJP couldn’t soothe the public mood by sharing ladoos or by giving emotional lectures, the anger of the people manifested itself in massive farmer movements, labour movements and the struggles waged across the nation by the people.

Even the corrupt Congress leaders and the son-in-law of Sonia Gandhi, Robert Vadra, accused of being a crony capitalist and accumulating immense wealth through corruption, remains aloof from the legal actions, which Modi promised to initiate when he was marketing himself as the strongest contender for the prime minister’s post. Though the people, in large numbers at many places, took the brunt of the demonetisation woe due to their immense class hatred against the rich, the rich never suffered or descended from their higher socio-economic echelon due to demonetisation, rather many became further rich after the demonetisation exercise and of course, the politicians got the golden eggs, thanks to the new regulations on cash donations to political parties and the introduction of the opaque political bonds, which corporate houses can buy.

It must be reiterated that contrary to the Modi regime’s narrative and the subsequent and incessant explanations provided by its lapdogs, demonetisation was a subterfuge to help the US government’s USAID organisation and its joint venture with the Finance Ministry, called The Catalyst, to experiment an economic experiment in Indian market. The experiment, which was to serve the interest of big banking corporations, electronic payment gateways and financial corporations, who have been eager since a long time to experiment the gradual switching to e-payment system in a largely cash-driven economy, was to see how a cash-driven economy can be pushed to the cashless space and how that can help the payment gateways earn huge profit by milking the crisis. This experiment was in demand because the big players wanted to get the real figures, the ratio of increase in transactions and the average profit that the big banking and payment gateway corporations can make through demonetisation in pre-defined territories of Asia-Africa and Latin America. You can read more on USAID’s role in demonetisation here.

The demonetisation exercise was conceived by the US government and the big corporations of America, while Narendra Modi simply executed what he was told by the White House and the Wall Street. However, Narendra Modi declared about the demonetisation drive, not before all those crooks who donate immensely to the BJP and its Hindutva allies have transformed their ill-gotten cash into legitimate assets and investments. This article on People’s Review has discussed in details about how the decision of demonetisation was known to all money hoarders, money launderers, stock brokers, real estate sharks and big capitalists as early as in April 2016.

Modi government’s cheque ban will surely boost the fortune of the big electronic payment gateways, the e-wallets and other mobile-based unregistered banking facility providers, who are free from the obligation of paying interest on the immense amount their customers deposit in their e-vaults and then even charge for certain transactions. The payment gateways charge 1 to 2 per cent on every transaction and since demonetisation exercise their business increased manifold, much to the expectations of The Catalyst organisation of the USAID. This has made the USAID and the big banking corporations drool for much and now they are keen to end the cheque system through a ban on the instrument.

The demonetisation exercise a forced migration to electronic transactions, which made 31 per cent growth until the end of September 2017. Digital transactions in September 2017 was 877 million, while it was 1 billion in December 2016. The digital transaction shot up nearly three times after demonetisation and it is still 80 to 90 per cent more than the pre-demonetisation days and the cheque ban by the Modi government will give it a further boost. Signalling the forthcoming cheque ban by the Modi government, Amitabh Bachchan, advocated about the digital and online payment mechanism by stressing on – “Online ka zamana hain” cliche during his popular TV series “Kaun Banega Crorepati”. Through their hotline with the RSS headquarter, the big corporate entities come to know about the cheque ban decision and its nitty-gritty in advance, while the small and medium traders will be beheaded, in the process to handover the marketplace and the industries to big corporate players who will slay competition and establish their hegemonic rule.

Cheque ban by the Modi government will go down to the of PR ops and will receive immense support from the US government, big foreign banks, the USAID organisation and the payment gateways. Though the cheque ban will hurt the trade and commerce to some extent, it will not transit India to a digital economy as cash will remain the driving force of the economy. The Modi government may not risk another adventurist campaign like the demonetisation exercise due to the severe political repercussions, but the pressure from Wall Street-based donors of the RSS and the BJP may lead it to organise severe chaos in the future too, as a sudden cheque ban by the Modi government is now becoming a strong possibility.

Narendra Modi and his coterie ascended to power riding the high tides of anti-incumbency waves against the tyrannical rule of Manmohan Singh-Sonia Gandhi clique that ruined the economy and oppressed the workers and peasants on behest of the foreign monopoly and finance capital for a decade. Most of the promises made by Narendra Modi during his 2014 election campaign turned out to be hoax promises. The promise of employment generation, economic welfare of the poor, financial security to the farmers and a lot of other promises were buried alive in daylight by the Modi government, while the promises that had the highest tonality of Hindutva, found themselves implemented with swiftness to polarise the voters with the weapons of jingoism and xenophobia.

To divert the attention of the people from the unapologetic corporate servility of the BJP and its nefarious agenda of splitting the people of India along communal lines, gimmicks like “surgical strike” or demonetisation became inevitable tools for the Modi government. Cheque ban by the Modi government is now going to add another filthy “gem” to the box of achievements of the Hindutva camp and it will certainly ruin a lot many lives unless the disaster is prevented by employing the massive strength of the people who don’t subscribe to the RSS’ hate-campaigns and can answer the fascists, should they attack them, in the language that the fascists understand, i.e. a massive people’s resistance movement. The cheque ban decision by the Modi government cannot go unopposed amidst the crisis that the Indian economy is thrown into and only the people’s struggle has the potential to thwart these movements. India must march towards such realm of people’s democratic struggle to save itself from becoming a bankrupt state.