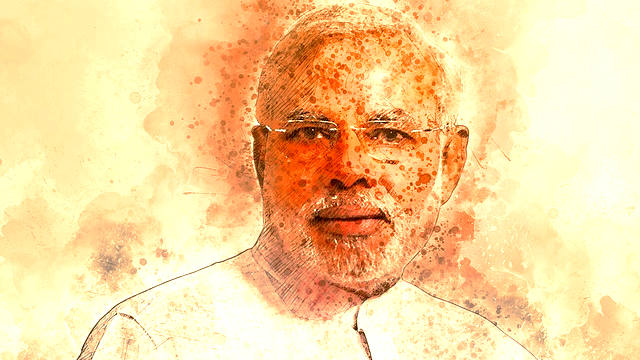 The good news for the Modi government is that Mukesh Ambani’s Reliance Industries posted a hopping 17.9 per cent increase in profit during the first quarter (Q1) of the financial year (FY) 2018-19. Reliance Industries earned a profit of Rs 94.59 billion in Q1 of FY 2018-19 vis-a-vis Rs 80.21 billion profit in Q1 of FY 2017-18. The Reliance Industries thanked the Brent fuel price for the record profit and also, silently, the note said that Narendra Modi’s BJP government in centre and its policies have been an equal blessing for the Ambanis in the last four years. This jubilation of wealth by India’s filthy rich 1 per cent, who also happens to own 73 per cent of Indian wealth, while 60 per cent of people live on less than a dollar every day, clearly represents how the entire system, now led by Hindutva fascist power bloc, serves the interest of the 1 per cent and works towards their enrichment. The news of Ambani’s surging profit came at a time when three minor girls of Delhi starved to death as their father, a rickshaw puller, couldn’t earn a penny in 15 days.

Just a few kilometres away from Indian parliament, where the MPs, who mostly come from feudal background and upper-caste elite Hindu households, get to eat majestic meals for few rupees only, these three minor girls, who were enrolled in a government school, died because “the system failed” as per AAP leader and Deputy Chief Minister of Delhi Manish Sisodia. Though their enrollment system in the public distribution system wasn’t linked with their Aadhar, a mandatory obligation made by the Modi government to torment the poor, even they couldn’t have afforded the food grains sold at the PDS outlet if their parents had fulfilled Modi’s compulsory list of linking, because, at the end of the day, their family had no money to buy food. Yes, no money at all.

Apologists of the system, the upper-caste elites and urban middle-class “taxpayers” who loves thumping support for Narendra Modi’s Hindutva campaign, would definitely shield Modi and his regime from any criticism by calling the poor either hoodlums or those who don’t like to work hard and grow rich. They may not know but when the poor have employment or a source of income, then they work harder than anyone because it’s only their physical labour that they can sell to stay alive and keep their family members alive. They don’t have an intellectual allegiance, social media influence or political loyalty to sell or a regime to lose; they just have their labour, hard physical labour that none in Ambani’s family tree ever got engaged with to become filthy rich.

If the poor are working hard and still not managing to meet the skyrocketing expenses, if a large number of poor in the rural areas and posh cities like Delhi aren’t able to find employment, if the food, medicines, housing and social welfare benefits are not reaching the poor as they should and if the poor are forced to choose between pauperisation, starvation and untimely death, then it means that the system has indeed failed and it’s no more required by the poor. This failure means that Narendra Modi’s promised development isn’t going to benefit anyone but the 1 per cent of the Ambanis, Adanis, Tatas and their ilk. This failure of the system means even parties that promote alternative development models like the AAP, can’t prevent the broad majority of people from sulking into the abyss of destitution. This failure of the system signifies that the rich and the corrupt will continue to enrich themselves, while the poor will lose even the very basics that they are clutching with a hope to survive.

In the last five years, BJP President Amit Shah’s wealth has increased 300 times; one company owned by his son, Jay Shah, managed to magically earn Rs 800 million annual revenue from Rs 50,000 the previous year. During demonetisation exercise, three cooperative banks with Amit Shah at their helm did Rs 7.5 billion worth of currency conversion. Narendra Modi and his former finance minister Arun Jaitley saw a havoc increase in their wealth and property. The coffers of the RSS and the BJP swelled manifolds and the latter’s office in Delhi moved to a huge, colloquial campus, showing the gargantuan amount of dirty wealth the saffron outfit managed to earn during the rule of Narendra Modi.

Yes, the same Narendra Modi who loves calling himself a son of a “poor mother” and cites a humble background to command sympathy and respect. The same Narendra Modi’s whimsical diktat to serve the interest of his corporate donors left the poor of Jharkhand starve to death as they couldn’t link Aadhaar with Ration Card; farm labourers in Rajasthan lost access to ration because their finger prints  didn’t match the Aadhaar records as working in the fields have left their finger impression susceptible to change every few years. Many more died during the demonetisation exercise as part of Modi’s “take a little trouble for the nation”, but indeed no black money owner died, the BJP ensured that they survive. The three minor girls starved to death in the same city where Narendra Modi, the poor mother’s son, lives in a palatial bungalow, eats an expensive nutritious meal and spends Rs 3.5 million from public exchequer to shoot and release a ridiculous yoga video featuring him. These minor girls died because unlike Narendra Modi, they didn’t have money to buy food, forget a lavish high-nutrition meal funded by the starving people of the country.

In the last four years of Narendra Modi’s rule, the budget allocation for welfare programmes saw a drastic cut and the mandatory inclusion of Aadhaar to avail benefits reduced the number of actual beneficiaries. All schemes of public welfare that the Modi regime undertook, contributed immensely to the profiteering of chosen crony comprador capitalists, whom the BJP serves. While the piped cooking gas to households project is going to benefit the Adani as per the initial bidding, the project of providing health insurance to 500 million people through “Modi-care” will help the big foreign banking and insurance corporations. The unbridled loot and plunder of public sector banks (PSB) by the big crony comprador capitalists  grew stronger under the Modi regime, with PSBs writing off Rs 1,360 billion debts as bad debts in 2016 and Arun Jaitley pumped-in Rs 250 billion of people’s money to recapitalise these banks and enable them to lend more bad debts to the corporate tycoons. Big bank frauds like the Rs 110 billion PNB fraud by diamantaire Nirav Modi and Mehul Choksi (the former went to foreign tour with the PM while the latter attended a programme in the PM’s residence itself) took place under Modi’s close watch and the culprits fled from India without any trouble and took citizenship of a Caribbean country. After all these, Narendra Modi still got irate with the opposition for criticising his criminal association with the crony capitalists and calling these crony comprador leeches “chor lutera” (thieves and robbers). Modi recently asserted that he will continue to align with the big corporations and crony comprador capitalists because, for him, they mean “development”. He even didn’t stop citing the example of M.K. Gandhi, when he used to stay in the Birla House in New Delhi and took donations from the comprador capitalist, to garner support for his own actions.

This unapologetic corporate appeasement policy has only one goal, to let open the doors of Indian economy ajar for foreign corporations and their Indian comprador allies so that they can plunder and loot. By amending land acquisition acts, by changing land laws of the tribal areas, by bringing reactionary labour laws and by ensuring modern slavery is glorified, the entire Hindutva fascist machinery under the RSS’ command is trying to oblige its masters, the big foreign corporations and their Indian comprador lackeys. For anyone who raises question against the loot and plunder, Modi and his accomplices have the “patriotic” test that will ensure any opponent is stamped as “anti-national” and then blamed for all the woes of the economy. For the people who are frustrated with the demagogy of a megalomaniac prime minister and his dimwit fascist sycophants, the RSS and its affiliates have the venom of communal carnages and tension to toxify the environment and crack the unity of the working class and peasantry.

The remnants of a pseudo welfare state have long disappeared, only the grotesque skeleton is standing in the midst of a communally polarised land as a scarecrow. Narendra Modi is even trying to hammer it to erect a new model that will simply lead Indian poor to the trap of a predator that was hitherto sucking their blood but will now tear off their flesh and crush their bones. Starvation death has travelled a long distance from the countryside and forests of Jharkhand and Odisha to Delhi, now it’s time that the people’s resistance against corporate loot and plunder, which is raging in the countryside, also reach the asphalted roads of New Delhi. Let the soldiers of a new democratic India from the hinterland of poor, hungry and starving India challenge the fascist system at its bastion. No amount of profiteering by the crony comprador capitalists or ill-gotten wealth of the saffron camp can then prevent the imminent fall of the unpopular Hindutva fascist regime due to the wrath of the common poor people who have seen their children succumb to hunger. Who becomes food for whom will be seen very soon.