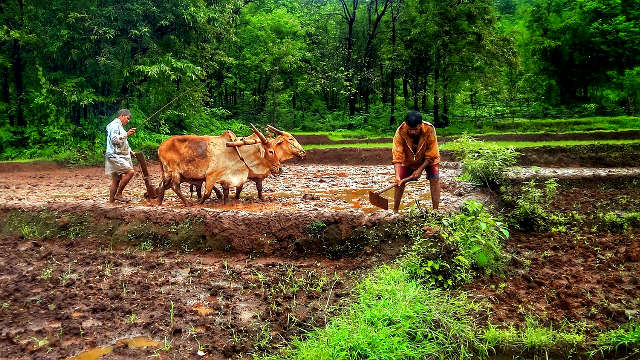 The Modi regime has increased the minimum support price (MSP) of 14 notified Kharif crops to fulfil the BJP’s poll promise of increasing farmers’ income in comparison to the input cost of farming by 50 per cent. This promise was reiterated during the Union Budget 2018-19 and the government announced the increase in MSP on 5 July 2018.

The decision was taken by the Cabinet Committee on Economic Affairs or CCEA and Home Minister Rajnath Singh called it a historic decision, which, according to him, is unprecedented in the last 70 years.

The corporate media houses that are doing shameless public relations (PR) for the Modi regime didn’t miss the chance to hype the decision and portray the Modi regime as the only farmer-friendly regime that has happened to India. The toady lapdog media lauded Narendra Modi in the crucial year when BJP-ruled states like Chhattisgarh, Madhya Pradesh and Rajasthan are going to poll and a just a year before he seeks re-election.

Let us see how the crop prices will be impacted by the Modi government’s decision. In the following table, we have used the data from the Commission for Agricultural Costs and Prices (CACP) for Kharif crops of 2018-19 and analysed it with Narendra Modi regime’s declaration. 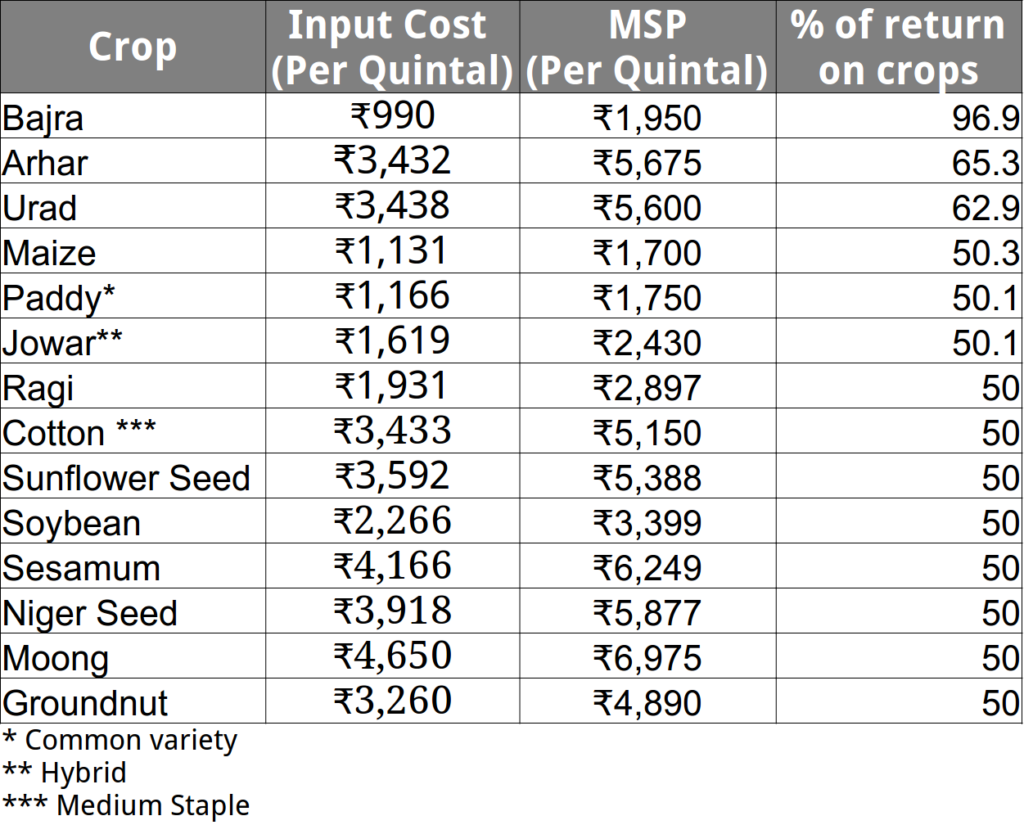 While the ranks and files of the BJP and the RSS are busy using their lackey media outlets to carry out their agitprop on how only Narendra Modi and his regime thought about the welfare of the farmers in 70 years since Indian independence, questions are raised by critics and farmer activists over the decision.

A lot of data, facts and figures are actually pointing towards a conclusion that the recent decision of the Modi regime is not only a flawed one but is actually a hogwash to dupe the farmers in a crucial election year.

During the Union Budget declaration of providing 50 per cent higher MSP on input costs to farmers, we have discussed here why this hike is not going to help the farmers at all. Now that the government has actually decided to implement the agenda, it’s time we must take a close look and do a critical analysis on the feasibility of the programme and whether it will surely help the farmers or not.

There are few reasons why the hike in MSP of 14 Kharif crops will not benefit the farmers. We list our findings below:

The increase of MSP on Notified Crops Only

The announcement of the hike in MSP of 14 Kharif crops came at the beginning of July, at a time when more than 70 per cent farmers have completed the sowing process for Kharif or are in the mid of the road. As an increased MSP is actually a good incentive for sowing more crops and to increase yield, therefore, a delayed decision of the hike in MSP will not help the farmers who have already sown their crop.

If Narendra Modi and his sycophants were really serious about helping the farmers then the announcement should have taken place when the farmers haven’t started sowing seeds, somewhere around May so that they could produce more depending on the higher MSP promised to them.

To cultivate more, the farmers need to invest more on per hectare of agricultural land they own or they lease from big landlords. If the Modi government would have assured them of higher MSP returns on the 14 crops earlier, then the farmers of the country, especially the large number of paddy cultivators, would have risked investing more. However, a late decision on increased MSP only on notified 14 Kharif crops will not help the majority of the farmers at all.

The Farce of Input Calculation

In the table given below, we will see the difference between C2 and AL+F2 for the Rabi season of 2017-18 in INR.

When we see the difference in the costs of the Rabi season crops given above, then we can comprehend how the much-hyped MSP increase on the basis of A2+FL costs will not help the farmers who are facing a stiff rise in the prices of input factors like diesel, urea and other fertilisers, electricity and transport cost.

It’s only on the basis of a hike on the input cost calculated on C2 that the farmers could’ve seen some real increase in their income. However, the Narendra Modi’s “historic” decision even didn’t translate into the 50 per cent increase to the input cost even if one goes by the recommendations of the CACP for 2017-18. According to the CACP, the MSP for paddy in 2017-18 should have been ₹2,226, which in 2018 is hiked to mere ₹1,750.

The farmers of the country are in a deep crisis that cannot be resolved simply by increasing their income by a few hundred rupees with several terms and conditions. The agrarian sector is crisis-ridden due to the anti-farmer policies of consecutive governments and the neo-liberal economic aggression on the farming communities.

With agricultural land being annexed for urban development to please big foreign capital and their Indian comprador allies, with the rising level of pollution in groundwater and river water, with the lack of proper irrigation system throughout the country, with falling subsidies on fertilisers and price hike of diesel, with no availability of institutional pro-farmer credit and their subsequent over-dependence on notorious feudal moneylenders and usurers, the farmers are actually pushed to the verge of their destruction.

Add the topping of the ban on cattle slaughter in multiple states to the above and the farmers are thrown to destitution by the BJP under the garb of protecting Hindu religion. The crisis-ridden farmers, especially those in drought-hit areas of Maharashtra and Rajasthan can’t sell their old cattle any more and have to rear them with their meagre resources.

Narendra Modi’s government and the entire Sangh Parivar led by the RSS are utmost anti-farmer due to their class character and their shameless collaboration with big capital and feudal usurers. For the Modi government, the cause of its existence will be fulfilled only when it will be able to annex a large tract of land for the big corporations at the cost of destitution and pauperisation of Indian farmers. However, to fool the farmers during election years and to keep its dominance in rural India intact, the BJP under Narendra Modi will keep bringing such ostensible schemes.

In the 21st century, amidst big waves of farmers’ struggle, strike and resistance movements, RSS’ idea of duping the farmers using such hogwash of increased income or communal diatribe will not fetch good returns for long. The farmers of the country are rising and they are understanding well how the Modi regime and its puppet BJP governments in different states are working in tandem with big corporations against their interest. This understanding and its epidemic proportion in the coming days will become a lethal threat to the existence of the RSS-led Hindutva camp and Narendra Modi’s empire. A mere increase in MSP will not protect the inevitable fall of this evil saffron empire.