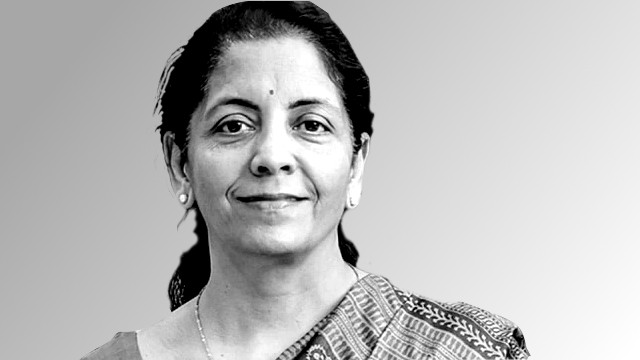 The maiden Union Budget presented by Finance Minister Nirmala Sitharaman didn’t bring any relief to the common people who are reeling under the juggernaut of a severe economic crisis since the first phase of Prime Minister Narendra Modi’s government. Throughout the budget speech, Sitharaman didn’t utter the word “unemployment” even once, despite the fact that soon after winning the 2019 Lok Sabha election, the Modi regime released the unemployment data that remained concealed since months, which categorically states that unemployment rate is at a four-decade high.

“Demographic trends worldwide show that major economies will face severe labour shortages in the future. To prepare our youth to also take up jobs overseas, we will increase focus on skill sets needed abroad including language training. We will also lay focus on new-age skills like Artificial Intelligence (AI), Internet of Things, Big Data, 3D Printing, Virtual Reality and Robotics, which are valued highly both within and outside the country, and offer much higher remuneration.” (sic)

This shows that the Modi regime is not keen to create opportunities within India to absorb the skilled workers and thereby grow the economy, rather, it’s keen to export cheap Indian labour to overseas locations and harp upon the remittance income sent to India.

Ever since Modi’s notorious demonetisation exercise and the forceful implementation of an ill-thought Goods and Services Tax (GST), the Indian economy went into tatters and the growth rate slothed heavily. It cast a gloomy shadow on the employment front as a large number of unorganised workers were left without a job because most of their employers, the small and medium scale industries either shut down their operations or had to operate at a lesser capacity due to budget constraints. Since then, the Modi regime, the ruling Bharatiya Janata Party (BJP) and its ideological mentor, the Rashtriya Swayamsevak Sangh (RSS), have maintained a consistent approach regarding the unemployment problem, ie denial.

Modi had denied that the unemployment problem persists and have grown exponentially in the last few years to reach the four-decade-high mark. By claiming that people are earning a good income through frying “Pakora”, he mocked the rising unemployment issue in the country. The BJP has categorically denied the rise in unemployment and following the prime minister’s footsteps, it also vouches that employment is generated through dubious schemes like the MUDRA loan scheme, Startup India and Standup India initiatives. The BJP even didn’t allow the publication of the official unemployment statistics since January 2019, and it was published only in May, while the party and the government remained mum on it.

Though Modi’s promise of providing employment to 100 million people between 2014-19, which he made during the 2014 Lok Sabha election campaigning, still remains unfulfilled and is now cast into the oblivion of public memory by the Modi 2.0 regime that’s keen to transform India into an official Hindu Rashtra (Hindu nation-state) with an unapologetic tyrannical rule of big corporations — foreign and domestic — the unemployment problem is still the biggest problem of the economy for which Sitharaman presented no feasible solutions.

Parroting the World Bank, the International Monetary Fund (IMF) and World Trade Organisation’s (WTO) script, Sitharaman hailed the private sector and credited it of being the largest employment generator in India. Sitharaman said “India Inc. are India’s job-creators. They are the nation’s wealth creators. Together, with mutual trust, we can gain, catalyze fast and attain sustained national growth.” (sic)

Following the World Bank-IMF-WTO guidelines, the Indian government has made it a ritual to push the onus of job creation to the court of the private sector, weaken and privatise the public sector units (PSUs) build with the people’s money, and render its own role to one of mere tax collection and military control on behalf of the ruling classes.

Sitharaman’s praises didn’t go well with the private sector as well because there was not much on offer except a large-scale corporate tax rebate. Despite her lucrative baits to appease the corporate world, it was found that the BSE Sensex was down by -394.67 and the NSE NIFTY was -135.60 down, showing no appreciation from the corporate world, which is also worried about the growing unemployment issue as it’s strongly affecting the demand and thereby pushing the economy into an abysmal crisis.

If the private sector could have generated enough employment opportunities in a country with 1.3 billion people, then India wouldn’t have experienced the shooting up of the unemployment rate to a four-decade-high figure of 6.1%. Irrespective of what Sitharaman promised in her speech, the harrowing unemployment crisis exists because the government is deliberately undermining the dire requirement of job creation through affirmative actions to ensure people of the marginalised and exploited sections are given priority in terms of opportunity.

It’s the government’s principal responsibility to provide the people with employment opportunities and ensure a conducive environment for businesses to flourish so that a vibrant economy can be built. Rather than playing its role in generating employment opportunities for the unemployed and to secure the employment of the present workforce, the Modi regime has been ignoring the problem with an utmost audacity for months. Now by not even acknowledging the existence of the problem in India during the budget, the Modi regime and Sitharaman made it clear that the four-decade-high unemployment rate is not a matter of concern.

While it’s imperative that all vacant positions in the government, in the PSUs, especially in the railways, etc, are filled immediately to provide relief to millions of job seekers, the Modi regime is merely playing with statistics, schemes and rhetoric to downplay the unemployment issue. Even after knowing well that the MUDRA scheme, under which loans are disbursed for self-employment, is giving out loans of Rs 7,000 to Rs 10,000 on an average, the government is claiming that it’s resolving the unemployment problem. Even after the Startup India and Standup India campaigns failed to generate employment or even entrepreneurship at an impressive rate, the Modi regime is vouching for such hollow programmes to hoodwink the gullible minds.

Unless the government takes affirmative action to resolve the unemployment crisis, which is absolutely its responsibility and not that of the private sector, there can’t be a resolution of the unemployment crisis. To ensure that the government starts recognising the problem in the first place to work on plans to resolve it, the people, especially the youth, must launch a massive countrywide movement demanding employment, job security and the right to employment as a constitutional right. If such a movement is not built and the youth are not out on the streets, the Modi regime will have the final laugh, while the unemployed will languish in the darkness of despair and frustration.