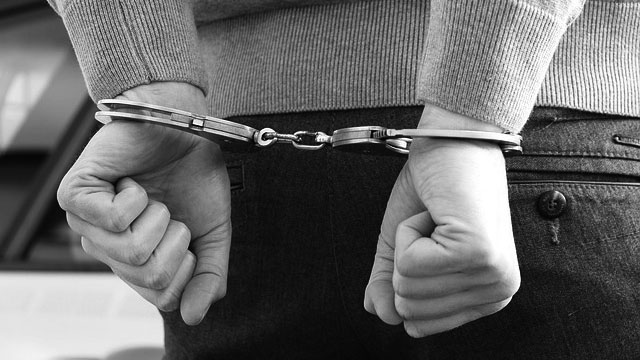 The busting of a Ponzi scheme runner company in Cyberabad by the police revealed a scam worth Rs 50 billion committed under the garb of “multi-level marketing”. Noida-based eBiz.com Pvt Ltd allegedly duped 1.7m people it enrolled under its “network” as agents under various schemes like selling of educational software, beauty products, holiday packages, etc. The owners of the company Pawan Malhan, and his son Hitikh Malhan were arrested from Delhi on 21 August 2019 and were produced in court.

Under the garb of providing self-employment model to the people, the company ran a network in states like Telangana, Karnataka, Tamil Nadu, Maharashtra, Delhi, Uttar Pradesh and Jammu & Kashmir, where each entrant to the network was supposed to pay Rs 17,000 as joining fees after they were lured with a business plan that promised them quick growth and success. The police so far recovered around Rs 3.89 billion from the bank accounts of the company and there are multiple cases registered against eBiz.com Pvt Ltd in various police stations. Earlier, the Cyberabad Police busted the eBiz.com scam in March 2019, however, the volume of the scam was then assessed to be Rs 10 billion.

Multi-level marketing scams have hit Indian market every now and then since the 1990s and have devastated many small investors and middle-class families who were lured to invest their hard-earned savings in Ponzi schemes with a promise of higher returns. Though there are genuine product-based direct selling companies, which sell health, wellness, beauty, personal care, Ayurvedic products, etc, through their distributor network and run transparent business operations, the Ponzi scheme-runners, chit fund and money laundering scheme operators, and the pyramid scheme runners dupe gullible people, especially those who are at the lower end of the socio-economic pyramid by promising them higher returns. Baits of higher returns on investment, get-rich-quick offers, etc, help these fraudsters cheat people and amass wealth.

The exposure of the eBiz.com scam, which duped the investors of Rs 50 billion using the camouflage of fake products and schemes, exhibit how the opaque business models are operating right under the nose of the governments of different states and still not cracked down. The model used by eBiz.com had been quite a different one than what the established and genuine product-based direct selling companies do. As Malhan and his team allegedly targeted the undergraduate students of engineering and other streams and sold them educational computer programs, etc, which actually were dubious in nature in comparison to the amount they charged the students. They also promised them a self-employment opportunity and sold them the dreams of financial freedom and entrepreneurship, which remained elusive to them for a lifetime.

While the Indian direct selling industry is continuously growing with major product-based genuine companies are trying to work out a transparency mechanism to govern the industry, a sheer apathy shown by Prime Minister Narendra Modi’s government towards the industry, which has grown exponentially in the last few years, is helping the fly-by-the-night operators to reign and dupe investors. Most of the big direct selling companies, which deal in products, have been following a self-regulatory mechanism and complain that a lack of proper law, a compliance mechanism and the proper enforcement are the causes that help scammers to tarnish the image of the industry.

The Indian direct selling industry claims to have provided self-employment opportunities to more than 5.1m people in 2017 according to the World Federation of Direct Selling Associations (WFDSA). The WFDSA claims that 53% of these 5.1m people, ie, 2.7m, were women and the Indian direct selling industry’s worth was Rs 98.5 billion in 2017 itself. According to a joint study by KPMG and the Federation of Indian Chamber of Commerce and Industry (FICCI), it was found that product-based direct selling companies would create 18m self-employment opportunities by 2025. According to the ASSOCHAM, the direct selling industry may reach Rs 159.30 billion by 2021 at a compounded annual growth rate (CAGR) of 4.8%, which is a promising rate when the CAGR of other industries are not that impressive due to a general setback the Indian economy faced since the demonetisation drive and the GST rollout.

Though the Ministry of Consumer Affairs had earlier issued a guideline for the industry, it didn’t serve the industry much and most of the big players have been lobbying continuously for a law to be passed by the Indian parliament. The Modi regime carefully ignored the case of drafting a law despite the industry’s self-regulatory body Indian Direct Selling Association (IDSA) advocating for the same with support from the FICCI. The government’s continuous dodging of the requests from IDSA and FICCI is creating a major problem for the genuine direct sellers who sell products with a return guarantee in most cases and whose agents make a living from the commissions and accrued commissions of their team members. The crackdown on the black sheep, like eBiz.com, also takes a brutal toll on those who play by the rule book as they continue to lose business and the direct sellers, who are mostly self-employed and choose this career path due to increasing unemployment, lack of business opportunities and a growing economic crisis, suffer the most during any backlash on the industry’s reputation.

At a time, when its disastrous policies have aggravated an unprecedented economic crisis in India and unemployment is clocked at a four-decade-high pointer, the callousness of the Modi regime and the reluctance of the state governments to formulate proper laws to govern the direct selling industry, whose frontrunners are genuinely demanding such a law – an unprecedented thing as most industry leaders lobby to relax laws – more troubles for the economy are gathering at the corner. For the sake of helping the unemployed earn a respectable earning through their hard work and to prevent the notorious thugs from duping common people, it’s necessary that the government listens to the direct selling industry and provides them with a law that will provide a proper legal basis for their operation and prevent frauds and Ponzi schemes under the multi-level marketing model as well.