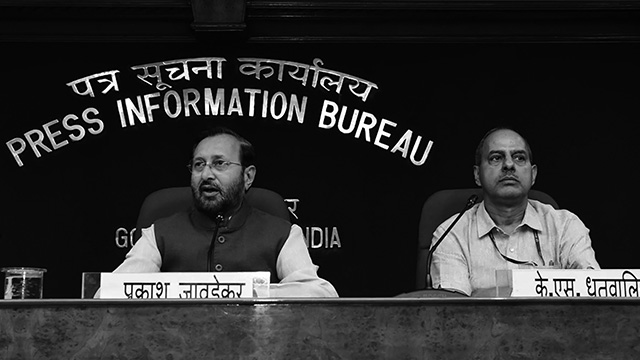 Prime Minister Narendra Modi’s government decided to increase the dearness allowance (DA) of Central Government employees by 5%. The revised DA now stands at 17% of the basic salary of an employee of the Central Government or the Central Autonomous Bodies. The rate of DA is generally reviewed twice in a year, in January and July. This is the second increase in this year, as the government increased the DA from 9% to 12% in January 2019.

This move will benefit 4.99m employees of the Central Government and 6.52m pensioners. Mostly the beneficiaries are soldiers of the Indian military and paramilitary forces; as in the neo-liberal economic setup that’s governed by the International Monetary Fund (IMF) and the World Bank, the Central Government has stopped recruiting people in most of its civilian and non-crucial positions and in organisations owned by it, including the Railways.

As assembly elections in Haryana, Jharkhand and Maharashtra are crucial for Modi’s Bharatiya Janata Party (BJP), which is also ruling these states, it’s trying to woo the Central Government employees during the important north and west Indian Hindu festival of Diwali. While declaring this new DA, Union minister Prakash Javadekar said it’s a gift for the employees for Diwali. But this isn’t the full story.

As the Indian economy slides to new low every day and even that the IMF’s new managing director has warned of hard times ahead, it’s doubted that finally, the BJP has realised the dire necessity of boosting demand to revive the economy, which the economists have been saying for so long. Rather than increasing consumer spending to revive the crucial automobile, consumer goods and fast-moving consumer goods (FMCG) industries, the Modi regime was so far busy merging public sector banks (PSB) to reduce their non-performing assets (NPA) and recapitalising them to lend more to the corporate sector, which is the principal culprit behind the rising NPAs of these PSBs. It also gave a huge bonanza to the corporate world by providing corporate tax relief and by waiving-off wealth surcharge that Finance Minister Nirmala Sitharaman had earlier levied.

As the Diwali season is a boom season for consumer goods, FMCG, automobiles, etc, it’s probably the BJP’s only hope, with a divine angle, to revive the economy. If spending by more than 10m employees and pensioners can boost little demand in the market, then it will have a ripple effect, however, there are always drawbacks and conditions.

This decision to increase the DA of the Central Government employees will have a direct impact of Rs 159.09 billion per year on the exchequer. For the rest of the financial year 2019-20, the Modi regime will spend Rs 106.06 billion on revised salaries starting from July 2019. As Sitharaman has already provided tax sops to corporate houses and the industries are in a slowdown phase, with GST earning falling to sub-1-trillion-rupees zone, it’s to be seen how this additional fund is arranged and what will be its impact on the fiscal deficit, which will definitely not even remain at 3.3% as most experts are predicting.

If the increase in the DA of Central Government employees isn’t matched by the state governments, very soon, then that will create problems for the BJP, as it’s ruling maximum states at present. In case the Ministry of Finance tries to fill the funding gap of the increased DA by cutting down on the number of actual beneficiaries of the Pradhan Mantri Kisan Samman Nidhi Scheme (PMKSNS), which provides an annual cash transfer of Rs 6,000 to per farmer family’s bank account in three instalments, by using the Aadhar seeding route, whose deadline is extended by the government until 30th November, then it will again increase rural economic distress, which is already at its peak.

At the same time, if the dimwit economists of the Modi regime try to cover up the increase in DA to the Central Government employees by collaborating with the Reserve Bank of India by either printing more currency or by devaluing the Indian rupees, then it will give a huge shock to the Indian economy, which is already in coma due to the unapologetic corporate appeasement policies of the Modi regime and due to skyrocketing inflation, especially food inflation. High inflation will render this increase in DA meaningless. It’s now a trapeze walk for the Modi regime and its economic experts in such a pernicious situation. The only thrill is to see how fast they push the economic engine to a far deeper abyss of sheer crisis and chaos.