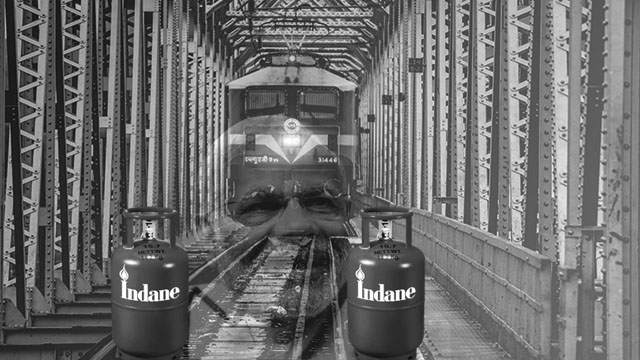 India stepped into 2020 with a rotten state of economy stoked by Prime Minister Narendra Modi’s relentless efforts to dedicate all resources and economic opportunities to enrich a handful of big crony-comprador capitalists and foreign corporations who religiously fill the coffers of his Bharatiya Janata Party (BJP) and its ideological mentor Rashtriya Swayamsevak Sangh (RSS). The Indian economy in 2020 shows no signs of revival from the abysmal crisis it’s mired in due to high unemployment, less government spending and historically-low consumer demand. Rather than reinvigorating the Indian economy in 2020, the Modi regime is choking it further with disastrous policy decisions.

On the very first day of 2020, which is also the first day of the fourth quarter (Q4) of the financial year (FY) 2019-20, the Modi regime hiked the passenger fare of Indian Railways, the country’s largest public-sector carrier, in all trains except suburban routes by 1 paisa to 4 paise per km. The last time fares of trains were revised was in 2014-15.

According to the new notification while the fares for ordinary, non-AC classes will be increased by 1 paisa/km, for mail/Express Non-AC classes the fare will go up by 2 paise/km. For AC classes, the hike will be 4 paise/km. This is for all trains, including superfast expresses, all Rajdhani, Duronto and Shatabdi trains. So, for every journey of 100km, there will be an increase of fare by Re 1.00 to Rs 4.00, which is collected at a time when the Modi regime is all set to sell-off the Indian Railways to the corporate sharks after the FY 2019-20.

After Indian Railways, the price of domestic cooking gas (LPG) cylinders also increased by Rs 19, which makes it the fifth continuous hike in the last five months. A 14.2 kg LPG cylinder was priced at Rs 695 in capital New Delhi, which will now cost Rs 714 to consumers. According to public sector oil giant Indian Oil, which retails Indane LPG cylinders, the price of a 14.2 kg LPG cylinder has now been revised to Rs 747 in Kolkata, Rs 684 in Mumbai and Rs 734 in Chennai.

The public sector fuel retailers blame international rates for the change in the price. There is no declaration from the government regarding any increase in subsidy to cover these incessant hikes imposed as a burden on the common people. At a time when the Modi regime has done away with all sort of subsidies to the poor in order to ensure a hassle-free transfer of public funds to corporate coffers, expecting his fascist regime to provide subsidy on LPG cylinders to the economically-distressed and vulnerable households will be a sheer utopian wish.

The hike in rail fare and the increase in LPG price will severely impact the Indian economy in 2020. The retail inflation reached a three-year-high 5.54% in November 2019. In December, the situation didn’t improve at all, and the retail inflation rate, along with the Q3 GDP growth rates, which will be known later, will show how much consumer spending has been affected in the worst phase of the economy due to spiralling prices of essential commodities and food items.

The consumer price index (CPI) of India increased from 147.20 Index Points in October 2019 to 148.60 Index Points in November 2019. This is an all-time-high figure from February 2011, as the CPI hovered at an average of 120.39 Index Points from 2011 to 2019. The alarming rise in the CPI is a sign that the inflation will now rub salt to the wound of economic slowdown, causing severe pain to the Indian economy in 2020.

As the inflation is on the rise and the government is continuing to impose the burden of fare and fuel price hikes on the common people to recover the money that it has been providing as tax sops to big corporate houses, when it’s neither relenting from selling-off the public sector assets like BSNL, Indian Railways, Air India, etc, to Adani, Ambani and other big crony-comprador capitalists at a throwaway price, the unemployment scenario remains as disastrous as it was earlier. Unemployment, which can definitely do more damage to the Indian economy in 2020, is at 7.7% on the first day of the year. With such high unemployment, limited job creation and zero public investment in opportunity creation, it looks unlikely that there will be any revival scope for the Indian economy in 2020.

The most comic part of this tragedy is that Modi is still chest-thumping before his dimwit feral supporters and fans — from upper-caste Hindu elite and urban middle class blocks — claiming that his government is working towards the upliftment of the poor. To completely manipulate the data on the economy, the Modi regime has stopped the release of consumer expenditure data, which showed that the average amount spent by an Indian in a month fell 3.7% to Rs 1,446 in 2017-18 from Rs 1,501 in 2011-12. There are also talks about changing the GDP base year from 2011-12 to 2017-18 to prevent the ignominy over the falling GDP growth rate.

It is certain from the current scenario, more people will be agitated, including the low-income upper-caste groups, in the days to come, especially after May 2020, when the steep rise in prices of food grains, pulse, oil, etc, along with falling real income will make them feel the pinch that Modi and his coterie are so far distracting them from. If the lower-income groups of the majority community’s upper-caste groups join the bandwagon against Modi and his clique, then the RSS’s scheme of a self-sustaining polarisation model designed to keep the majority community paranoid, bigoted and misinformed, will drastically fail, and there will be a tectonic shift in Indian political alignments. The performance of the Indian economy in 2020 will play a crucial role in defining the politics of the country and its outcome as well.