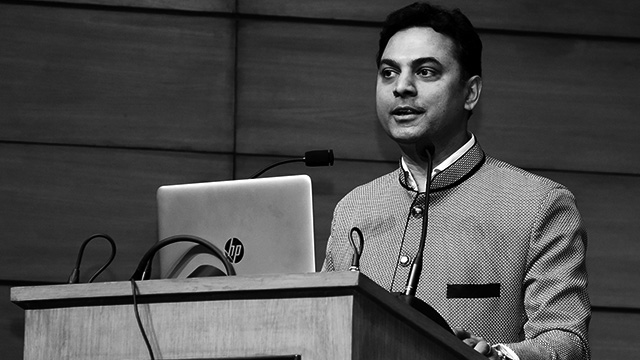 The Economic Survey 2019-20 report presented by Krishnamurthy V Subramanian, the Chief Economic Advisor (CEA), Ministry of Finance, can be labelled as a poor attempt to sing paeans to please the God of power. What’s done in the name of research and survey is pure propaganda and drawing analogies from loosely concocted fables to support Prime Minister Narendra Modi’s ambition of taking the Indian economy to the US$5 trillion, overlooking the abject misery that’s existing in the state of economic affairs at present.

Citing the questionable research on the ancient Indian economy, the first chapter of the Economic Survey 2019-20 kept praising Indian economy for dominating the world. The aspiration to dominate, a fascist tendency, was seen in those fables, which spoke about the “invisible hand” of the market and the rich behind India’s so-called economic magnanimity. Yet, CEA Subramanian missed a crucial point that the historical periods he had spoken about were no way near to the capitalist economy, forget the neo-liberal economic model he orgasmically preached about.

While Finance Minister Nirmala Sitharaman’s maiden full Union Budget will be presented soon in the Parliament, there are less content in it for the common people, especially the working class, the peasantry and the toiling people. The Economic Survey 2019-20 clearly what’s the Modi regime’s modus operandi to make India a US$5 trillion economy from the present US$2.9 trillion. It is wealth creation, albeit not for all but a few.

The entire document, presented in two volumes, touched the topic of a lethal economic crisis without any seriousness and eulogised, utmost shamelessly, the neo-liberal economy, the rule of the handful of crony-comprador capitalists who own 73% of India’s wealth despite being 1% of its population and advocated faster privatisation of all public resources so that the big corporate houses can amass greater wealth at the cost of national loss and thereby take the Indian economy to the US$ 5 trillion stage.

We have seen in this article how the Modi regime’s disastrous borrowing spree, to meet its expenses and to delay India’s bankruptcy, is causing immeasurable damage to the Indian economy; still, the Economic Survey 2019-20 didn’t utter much about the threat of irresponsible foreign borrowings, which will eventually mortgage India, its resources and labour, to foreign corporations and their native crony-comprador allies.

The Economic Survey 2019-20 has strongly advocated for the privatisation of public sector banks (PSB) to reinforced the allegation levelled against Sitharaman for her merger drives. The PSB mergers were done to help the government with their swift privatisation, which will throw the economy into utmost chaos and promote immense financial irregularities. The Economic Survey 2019-20 said —  “Over Rs 4,30,000 crores of taxpayer money is invested as Government’s equity in PSBs. In 2019, every rupee of taxpayer money invested in PSBs, on average, lost 23 paise.” (sic)

In case the allegation is true, then isn’t it the government’s fault that the PSBs suffered a loss? Why can’t the government improve the PSB management system and ensure strict compliance than selling the family silver to meet fiscal deficit? As the cat of PSB privatisation is out of the bag, no wonder there will be some hint to it in Sitharaman’s annual budget presentation or her quite popular weekly budgets to do damage control at the grassroots.

Similarly, mocking Modi’s US$ 5 trillion-economy target, it’s imperative to see that the core sectors like agriculture are still at the nadir. The Modi regime has been promising to double the farmers’ income by 2022, however, for that, a two-digit growth rate is required in Indian agriculture. The agriculture sector grew by 2.9% in 2019-20, while for FY 2020-21, the estimation is that the growth will decline to 2.8%, which makes the doubling of farmers’ income another rhetoric, which the opposition accused the government of using to hoodwink the farmers. Year-on-year growth of real wages of agricultural workers have also fallen drastically since 2016 and reached the hitherto farthest bottom, in the far-negative zone, in October 2019.

The Economic Survey 2019-20 advocated a cut in subsidies and following an austerity regime. It’s a document that merely hyped the government’s position and each page advocates strongly for a country where the rich can rejoice and the poor toil for them without being paid a minimum wage to survive. Before the Union Budget 2020-21 is placed by Sitharaman, this Economic Survey 2019-20 shows how darker will be the days ahead, as this budget will be all about pushing the cause of the rich against the poor.