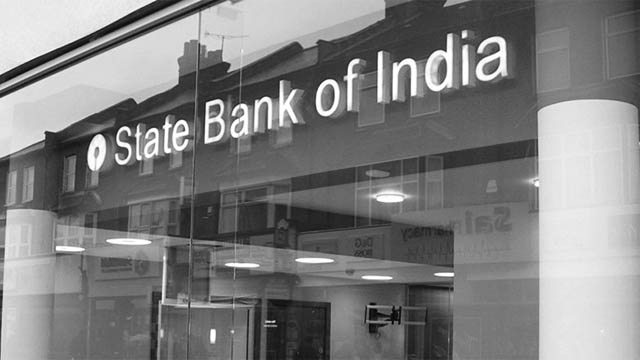 India’s central bank, the Reserve Bank of India (RBI), forced India’s largest public-sector lender, State Bank of India (SBI), to invest Rs 24.50 billion in the crisis-ridden YES Bank, which was India’s fourth-largest private bank, and catapult it from the quagmire it’s immersed in at present. SBI’s investment to save YES Bank is done at the behest of Prime Minister Narendra Modi’s government, which is wary of offending the wilful defaulters of YES Bank — the big corporate houses owned by the Ambanis, Adanis, etc — as they fund the ruling Bharatiya Janata Party (BJP) with a portion of their ill-gotten wealth.

SBI’s investment to save YES Bank is an instance where a public sector bank (PSB) is bailing out a private sector bank, which is quagmired in a bad debt crisis caused by big corporates defaulting on jumbo loans. This is the ultimate case study of what cronyism does to an economy. While the corporate houses and their think tanks vociferously advocate privatisation of PSBs to cut their non-performing asset (NPA) burden and bring corporate professionalism in their management, the large-scale siphoning off of depositors’ money to fill the coffers of the crony-comprador capitalists by the YES Bank management showed how the private banking sector is more vulnerable, especially due to lack of vigilance and accountability, to bankruptcy due to corporate greed. While the profits are enjoyed by the corporates, the losses are imposed on the shoulders of the common people through the demands of a bail-out. Why would a corporate-run private entity require government assistance in bailing itself out of a crisis and why can’t it arrange money on its own?

SBI’s investment to save YES Bank will be done by issuance of 2.45 billion shares of the crisis-ridden bank at Rs 10 each, worth Rs 24.50 billion, which will pass on 49% stake of YES Bank to the SBI. Even if the SBI sells its stakes when the situation improves in the future, it will retain at least 26% of YES Bank’s share at any point in time. Why the RBI and the Modi regime is taking such a disastrous step that opens SBI to further vulnerability as it has its own share of immense bad debts? The reason can be fathomed if the list of defaulters of YES Bank is viewed and also if we see how SBI’s investment to save YES Bank catapulted the stock prices of the bank, which is eventually going to help many speculators, who are going to make a kill riding on the back of the PSB.

According to Finance Minister Nirmala Sitharaman’s disclosure, the BJP’s closest Anil Ambani-led Reliance ADA, Zee owner and BJP supporter Subhash Chandra’s Essel Group, DHFL, IL&FS and Vodafone as the biggest defaulters of YES Bank. Though Sitharaman blamed the Congress-led former government for these loans, it’s well known with whom these defaulters are linked. The younger Ambani brother has replaced the public sector Hindustan Aeronautics Ltd as an offshore partner of Dassault Aviation for Rafale Jet maintenance. This was done by Mr Modi himself in April 2016, when he visited France with Mr Ambani. Chandra’s Zee is infamous for peddling the Modi regime’s agenda and fake news. The IL&FS and DHFL both had the blessings of the BJP leaders and carried out their financial profligacy during Modi’s tenure, while the government agencies looked away.

This fall in the SBI’s stock prices shows that the cunning investors are anticipating a major repercussion of the PSB lender’s involvement in a crisis-ridden private bank’s mess clearance. If the SBI’s investment to save YES Bank exposes the PSB major to further vulnerabilities, then who will come to its rescue? The Modi regime, which plans to do away with the PSBs by paving the way to bank privatisation by mergers, won’t support the SBI at the gravest hour of crisis, if any, as the government clearly lacks funds and has even exhausted the reserved funds of the RBI to offer tax sops to corporate houses to the tune of Rs 1.43 trillion in the current financial year. What will happen to millions of SBI customers, especially those from lower and middle income groups? How would the SBI compensate for the losses of millions of small investors and customers whose money will sink with the bank’s disastrous efforts to be a saviour of crisis-ridden private banks like YES Bank?

SBI’s investment to save YES Bank will definitely increase the PSB’s liabilities. The RBI assessed the SBI under-reported its bad debts for 2018-19 by Rs 119.32 billion. Its total bad debts in 2018-19 were Rs 1.85 trillion. The exposure of the SBI to more NPAs and unfruitful investments for longterm to bail out big corporate houses will have a severe impact on the nation’s economy that banks on SBI and how soon that unfolds is something to watch for. Under the watch of the RBI, which monitored the YES Bank from 2017 onwards, the loans jumped from Rs 1.32 trillion to Rs 2.41 trillion. Now there is no guarantee that the SBI won’t face a similar ordeal due to RBI’s diktat. In the days to come, it’s to be watched how the RBI and the Modi regime manage to prevent a major cataclysm in the Indian banking sector due to NPAs.