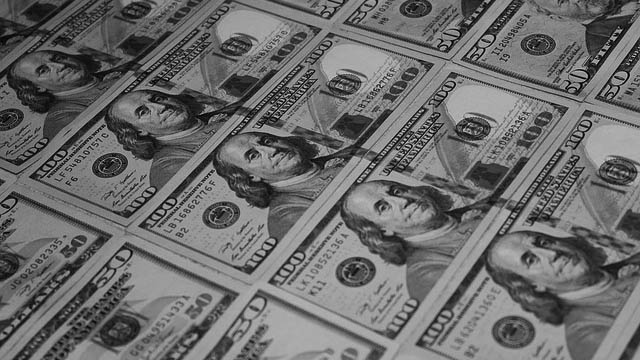 For the last three months, the world has been witnessing the most devastating economic crisis of the 21st century, even more, coerce than the 2008 US Subprime Crisis. The lockdown has shut down all the economic activities and millions have been rendered unemployed.

Nearly 39m Americans lost their job due to the COVID-19 lockdown. Not only the USA but the developed economic zones in Europe are suffering from severe unemployment and a €100 billion package is already announced to deal with the unemployment crisis and the easiest way to deal with the crisis is to lend money to the corporates to resume production.

The Bank of England (BOE) published a list of 53 companies who borrowed more than £16 billion in absurdly low rate to fight this economic crisis as a part of Coronavirus Corporate Financing Facility (CCFF). The list of a few of the biggest borrowers is given below-

Not only the BOE but Federal Reserve has also cut down the interest rate, giving away zero-interest loans to the corporates citing the emergency lending provisions in section 13(3) of Federal Reserve Act. The “Vast economic rescue package”, signed by the US President Donald Trump, is giving loans to the companies who can’t finance themselves anymore.

In between February and March 2020, the government helped corporates with a massive $349 billion low-interest loans and they are using it to increase their profit or to make the executives richer. A renowned company, AutoWeb, paid its chief executive $1.7m after receiving a low-interest loan of $1.4m from the corporate rescue programme. To simplify it, a handful of the super-rich are getting richer day by day, while the majority of labouring people are in an abysmal crisis. The recent rate of unemployment statistics published by the US Bureau of Labor Statistics clearly shows that the government paid the loan to the corporates to save them, but it consciously overlooked the people’s interest. A quintessential of capitalism.

So it’s clear that the whole rescue programme is nothing but an attempt to rescue the corporate houses and has nothing to do with the labouring people’s wellbeing. As production has completely shut down due to lockdown, so the liquidity was injected to the economy to satisfy the corporate interests. But the US stock market is riding the horse and trying to achieve its old growth rate even as the production rate is going down every day.

So it is clear that the whole rescue package was nothing but a farce in the name of people and it was a mere adamant approach to save the capitalists from the long recession and COVID-19 helped the central banks to launch these pro-corporate financial measures.

So, it’s evident that the entire capitalist ecosystem has been in crisis for a long time and there’s no way out for it to achieve the old profit rate. In the capitalist system, the profit is the engine of the economy and the fall in the rate of profit forced them to reduce the organic compound of capital. But how has been the economy running?

In my previous article “Indian recession 2020 – A Marxist analysis”, I’ve already claimed that the Indian economy experienced a credit-fuelled bubble and banks were behind this as they provided cheap loans to capitalists. The global economy is suffering from the same disorder. This disorder started affecting the global economy when the governments of the major economies and the central banks allowed the big corporates to do whatever they want, and these big borrowers started investing their money in speculative markets rather than real production to maximise their profit.

Capitalism speaks critically about capitalism when it is in sheer crisis or else its criticisms are put under the rug in the name of development, modernisation, industrialisation, etc. But today capitalism is critically analysing capitalism because it’s in a quagmire. I remember when George Soros became a socialist and argued as a Marxist to analyse the 2008 Great Recession. He then suggested reading the “Das Kapital” to understand the present economic scenario.

Today, one of the most infamous capitalist institutions — the International Monetary Fund (IMF) — is publishing alarming research papers on widening difference between real capital and finance capital. Eminent economists Gita Gopinath, Gian Maria Milesi Ferreti  and Malhar Nabar in their report “2019 in Review: The Global Economy Explained in 5 Charts”, published in December 2019, reckoned that  “Global trade—which is intensive in durable final goods and the components used to produce them—slowed to a standstill.” Not only the Marxists, but even the IMF was alarming us about the upcoming crisis which broke out recently due to COVID 19.

The legal power to do whatever they want to maximise their profit allowed them to speculate to reach their desired profit peak. The stock market is speculating in two ways. Big finance companies like BlackRock are investing in the stock market and manipulating the demand of a specific stock. For example, if the company is buying a block of share worth Rs 60 and selling it at Rs 100, just by increasing the demand of the share by investing money, then for each share they are earning a profit of Rs 40. That’s how they are using their capital to earn a profit. To understand the influence of BlackRock, one can read the experience of a former employee published on the website of CADTM.

So it’s clear how the private large financing firms are controlling the speculative market. The FED, BOE and other central banks are buying back shares from investors at a higher price as a form of bonus to make them richer and, thereby, putting the whole system under severe stress. In the last few years, the increasing share buybacks are helping the capitalist system to achieve the required growth. The sum of total buybacks by banks through the first quarter of 2007 to the third quarter of 2019 gives us the basic idea of how the rate of buying back one’s shares experienced exponential growth.

Though the governments and big banks, including central banks, have been helping corporate houses to survive all these years, the shut down due to the COVID-19 pandemic aggravated the hitherto brewing crisis. In the last few years, the real GDP growth witnessed a serious fall. Last year, the countries of G7 economies and European countries saw a significant fall in their real GDP growth.

On March 5th 2020, when the global economic crisis took place, the major stock markets of the world saw a huge slump and lost a massive per cent of capital in the complex network of economics, as the difference between the real economics and fictitious capital was widening for a while. The loss of the major stock markets during the crisis that took place between February 17th and March 17th is given below:

So, the governments around the world were adamant to save the capitalists in no time and all the rescue packages globally announced were nothing but an adamant approach to help the capitalists. All the soft loans given to the capitalists were invested in the stock markets to stimulate them. In just two months, the US stock markets regained the old growth pace but without any relation with real production. As we can see from the figures published by the real investment advice that the rate of corporate profit did not increase in the last few months, but the S&P of the stock price index is increasing in case of the US.

Even as phase one of the unlock took place in the US, the payroll employment did not increase for the last few days. So, it is evident that all the market growth has no relation with the real economy, but this present incandescent growth of the stock market is taking place because the investors are optimist that the economy will revive in no time.

But did all the rescue packages, that were declared to serve the people’s interest, fulfil their announced motto? The answer is definitely ‘NO’. The whole world is suffering from unemployment crisis and all the capitalist governments have failed to solve this crisis, but that didn’t stop the capitalists from making money exploiting the situation.

A report published by the CNN reckoned that the US billionaires have gained wealth worth $565m since the COVID-19 crisis unfolded. This crisis was a shock, but they efficiently turned it into a collective loss while the humongous packages, apparently announced for the poor people, made them richer and it’s strictly a personal profit for capitalists while the poor are struggling to earn their daily bills. So, this COVID-19 pandemic didn’t bring a crisis for capitalism, but an avenue to profiteer at the cost of the poor people’s agony and sufferings.