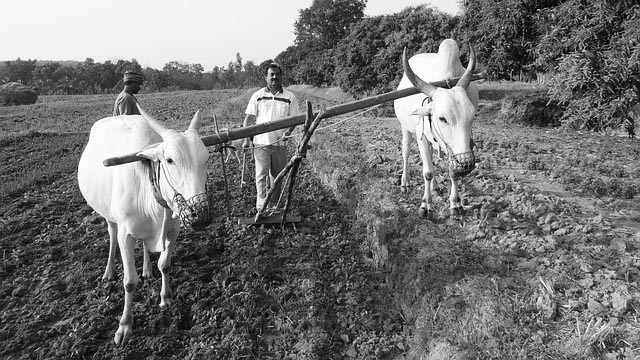 The farmers of North India are agitating after Prime Minister Narendra Modi’s government introduced three ordinances on June 5th 2020 to open India’s farm sector to global corporate houses and their Indian crony-comprador lackeys. The farmers’ bodies are vehemently opposing the neo-liberal aggression against the farm sector. These farm sector reforms were first announced by Finance Minister Nirmala Sitharaman in May 2020, during the third tranche of the Rs 20-trillion-worth so-called “fiscal stimulus” plan that was supposed to promote the prime minister’s vision of an “Atmanirbhar Bharat” (self-reliant India).

Among these three ordinances, the Essential Commodities (Amendment) Ordinance, 2020, removed food grains from essential commodities list saying, “the freedom to produce, hold, move, distribute and supply will lead to harnessing of economies of scale and attract private sector/foreign direct investment into agriculture sector. It will help drive up investment in cold storages and modernisation of food supply chain.” This ordinance opens up the opportunity for the big corporate houses to hoard and stock food grains to create artificial shortage and profiteer from the agony of the common people. This amendment to the Essential Commodities Act will also allow speculative hoarding and future trading of food grains by unscrupulous traders who also form the biggest support block of Modi. It will not only hurt the farmers but also the common people of India by spiralling food inflation.

Another ordinance, the Farming Produce Trade and Commerce (Promotion and Facilitation) Ordinance, 2020, will purportedly promote barrier-free inter-state and intra-state trade and commerce outside the physical premises of the agricultural markets notified under State Agricultural Produce Marketing legislations. The government claims that such free movement will allow the farmers to connect with the global markets and get a better price for their produce from markets outside their states. However, it’s a farcical assertion as 86.2% of Indian farmers, whose per-head land ownership is less than two hectares, won’t be able to take their farm produce to different states and markets when they can’t even reach their district markets and have to sell off their produce to the feudal usurers at a throw-away price. This restriction-less movement of crops and farm produce will rather help corporates to transport them and sell it in different markets and even export them to other markets.

The third ordinance is The Farmers (Empowerment and Protection) Agreement on Price Assurance and Farm Services Ordinance, 2020. The Modi regime says it will “empower farmers for engaging with processors, wholesalers, aggregators, wholesalers, large retailers, exporters etc., on a level playing field without any fear of exploitation. It will transfer the risk of market unpredictability from the farmer to the sponsor and also enable the farmer to access modern technology and better inputs. It will reduce cost of marketing and improve income of farmers.” (sic). This claim is also a ridiculous one, as this opens the avenue for contract farming and provide the corporates leverage against the farmers. The farmers, on the other hand, will not be able to bargain or compete with the big corporates and turn into their slaves.

Though the farmers are opposing this move as an anti-farmer measure amid the COVID-19 restrictions, the US government, which has strengthened its semi-colonial grip over India, isn’t shy to express its happiness over these three ordinances. The US’s Department of Agriculture is visibly happy with India’s farm sector reforms and it thinks that these steps will be helpful for Indian farmers when the latter think otherwise. The happiness of the US proves that this step by the Modi regime will allow American corporations to extract huge profits from the Indian market.

There is a good reason for the US to feel happy about these ordinances. The reason is in India’s planned move to open India’s agriculture and dairy sector to the US corporates in return of entry of Indian generic medicines in the American market. The entry of the US corporations in dairy, poultry and farm sectors will ruin the Indian small, marginal farmers, dairy farmers and poultry farmers. The farmers are already on the streets, the dairy farmers are protesting low prices and poultry farmers are already distressed since a long time. The opening of the agricultural, dairy and poultry markets to big foreign capital under the garb of farm sector reforms by the Modi regime will push them into sheer destitution and pauperisation.

While Modi’s officials and sycophants have been explaining and creating an opinion on why it’s important to liberalise the farm sector for the “benefit of the farmers”, they are only attempting to fill the coffers of the corporate houses. If the Modi regime was concerned about the “benefit of the farmers” and had a motive to double the farmers’ income, then it would have made payment of a minimum support price, decided by the government, mandatory for the corporates. The threshold price would have prevented the exploitation of farmers by the notorious corporate houses. But the Modi regime isn’t concerned about the farmers but the corporate houses that will shower their largesse on it.

The selling of India, the privatisation of coal, rail, oil and all other sectors, and the farm sector reforms to sell the farmers to the big corporates under the garb of “Atmanirbhar Bharat” or self-reliance is the biggest irony of Modi-fied India. But the protests of the farmers, which has been epidemically blistering in states like Haryana and Punjab, will grow manifold in the days to come as the Modi regime will not stop unleashing attacks against the farmers. It will eventually also bring forth the draconian land acquisition bill that it had to cast into the backburner in 2015. However, if the farmers’ movement grows stronger, it can gain the momentum to push the Modi regime to the backfoot throughout the country and prepare the field for an anti-Hindutva fascist movement.