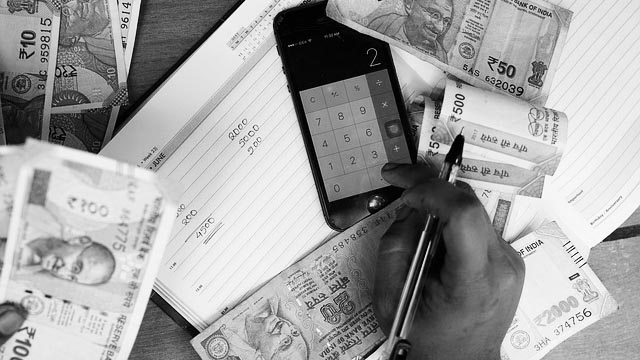 Between July 16th and July 19th 2020, more than 100,000 people have tested COVID-19 positive in India. Even as India goes through the “unlock” phase, the number of affected people is increasing in a geometric progression. Although Prime Minister Narendra Modi has already announced his regime’s plan to provide free ration until November 2020, the poor people continue to suffer due to unemployment tide and the abject lack of liquid cash in their hands.

A large number of blue and white-collar workers in the organised sector are withdrawing their savings from the Employee Provident Fund (EPF) to meet their ends. A report by the Livemint said: “As many as 35,000 people are withdrawing their provident fund savings on an average working day in April” and “Neyveli Lignite Corp. in Cuddalore has seen its employees withdraw ₹84.4 crore of provident fund money, followed by Visakhapatnam Steel Plant in Vizag ( ₹40.9 crore), and NTPC Ltd ( ₹28 crore).” (sic).

In such a situation, it’s the government’s duty to assure that the people enjoy their social security benefits but, instead of ensuring this, the Modi regime is imposing high amount of tax on essential goods like masks, hand sanitisers, etc. Many servile economists of the government are legitimising this anti-people measure, this indifference towards the people’s cause by arguing that the government needs revenue to run the country. To some extent, these official economists aren’t wrong as another Livemint report shows that India’s federal fiscal deficit in the first two months through May 2020 stood at Rs 4.66 trillion ($61.67 billion), which is 58.6% of the budgeted target for the current fiscal year. One may argue that imposing indirect taxes will help reduce the fiscal deficit. But that’s not the best way to earn revenue at present.

Imposing or hiking the indirect taxes on essential commodities, goods of daily use, etc, won’t do good to the economy in the present condition because the majority of the common people don’t have adequate money in their hand due to rising unemployment. Imposing or increasing the indirect taxes on essential commodities and necessary goods will make such items dearer to the people who will find them hard to afford due to their falling income.

In recent times, we have witnessed a sharp drop in the crude oil price in the international markets.

But a comparative study by PRS Legislative Research showed that the Modi regime has intentionally kept the fuel price high in the domestic market.

The high fuel price fuelled incessant inflation which became one of the major issues of the present time. So in such a condition, the easiest way for a government to earn revenue is to borrow money from the market or any institution in the form of public debt. But in recent time, though the government’s borrowing has been increasing it didn’t use the money in social welfare measures or to alleviate poverty.

In the last 10 years, the Indian government’s debt experienced a sharp increase. Although it’s not as high as Greece, Spain, the UK and other such countries, the trend showed that government debt is going to be a serious issue in the near future.

But if we cross check the data with the amount of money the government has spent on social welfare, we can see that although the borrowing has been increasing but the money spent in welfare measures is abysmally low. For example, we can take the allotted budget in public healthcare sector because the COVID-19 pandemic has unmasked the grotesque face of India’s dying public healthcare system.

So it is clear that while the government has been borrowing money it didn’t spend much for the common people. This less spending on welfare has caused a severe revenue deficit as the people have been thrown into abject poverty.

The Debt to GDP ratio data can’t provide the real scenario as the GDP doesn’t represent the real earnings of a country. To understand the real condition, we need to calculate the “Debt to Budget ratio”. In a report published in India Today, Dipu Rai wrote: “India’s debt is 300% of its revenue”. During 2013 to 2017, the ratio was 329.1% and it increased up to 341.4% during 2018 to 2019.() In 2020, the GDP to Debt ratio will again increase and debt-to-gdp ratio can reach up to 87.6 if the Modi regime borrows further.

In an interview, published on April 15th 2020 in The Economic Times, Fitch Ratings Director (Sovereign Ratings) Thomas Rookmaaker said “Lower projected GDP growth and a wider fiscal deficit will lead to an increase in the government debt/GDP ratio to around 76 per cent in FY21, according to our latest calculations” (sic), but the calculations were computed assuming the previous economic growth but the long lockdown and the blistering of the pandemic has already proved that the economic condition is going to worsen. If the Modi regime borrows more money, a large part of it will be drained-off in the form of debt repayment and it will cut short the budget allocation in social welfare measures.

What’s to be done?

I’ve already shown that debt failed to serve the people’s interest and has become a burden for the Indians. Now in the present situation, a government that cares for the people should’ve suspended repayments of all the public debts instead of borrowing further. Though India still has the term “socialist” in the preamble of its constitution, no government ever acted on it and displayed anything remotely socialistic.

As under the evil capitalist system no socialistic steps from the government can be expected, so it is high time for the working class to immediately force the Modi regime to suspend repayment of all external foreign debts instead of further borrowing. But what are the legal arguments to support the suspension of external debt repayment?

The state of necessity

A state can waive further debt repayments in case the situation poses a serious threat to the population and further debt repayments can harm the people’s interest because low revenue can’t fulfil the basic needs of the population. Today, India is facing the same problem. The dying public healthcare system is one of the main reasons behind the uncontrolled community transmission of COVID-19, and today India needs the government to extensively support social security programmes for the people.

So, a pro-people government can suspend the debt repayments to resolve the revenue crisis. International Law Commission adopted the text of article 25 (previously article 33) at its 32nd session and stated that a state can safeguard the essential interests of its people threatened by a grave and imminent peril. So, a government can use this legal argument to immediately suspend the repayment of debt. The student tribunal opinion on Greece tragedy is a milestone observation, where the tribunal stated, “Greece is facing an extreme financial situation that does not allow it to provide essential medical services to its population, whose mortality is consequently increasing substantially. Accordingly, the Tribunal considers that Greece is indeed in a material situation which constitutes a grave and imminent peril within the meaning of Article 25 of the ILC’s Draft Articles, and that it may therefore legitimately invoke a state of necessity.” (sic)

i. If an epidemic hit the human race.

ii. If the commodity prices start falling abruptly and the debtor is solely dependent on the income from raw material exports to earn dollars to pay back external debts.

iii. Economic activity is falling sharply and rapidly due to unavoidable circumstances etc.

The above explained circumstances are the examples of “Force Majeure”. A state can site these logics to suspend the repayment of debts. Even if a debt is legitimate, neither any lender nor any country can claim debt repayment if these arguments are used by the borrower(s).

But suspension of debt repayment is a temporary solution in the present condition. The Modi regime should’ve increased corporate taxes and income tax of high net-worth individuals to increase its revenue. It’s high time when the Modi regime should’ve asked the corporates to pay their debts back, so that it could’ve been invested to serve the people. If the Modi regime had the courage to levy higher corporate taxes, wealth taxes and income tax, then it would’ve never suffered due to low revenues and didn’t have to repay the debts to its lenders.