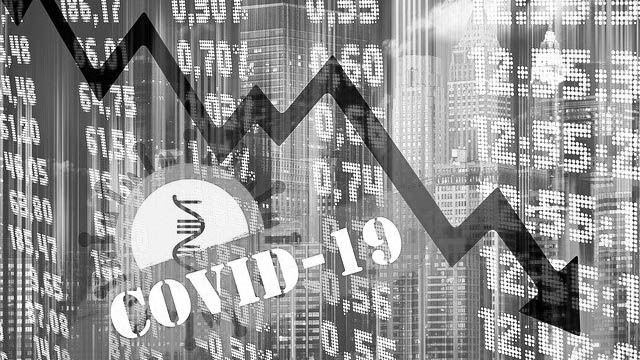 The COVID-19 pandemic has not only killed millions of people but it has also unmasked the bankruptcy of the crisis-prone capitalist economic system. As shown earlier by this author, this is not a seasonal crisis but the crisis of the system. Even though India has entered the “unlock” phase, but everyday COVID-19 infection is breaking previous records. In Maharashtra, the government has completely failed in controlling the situation; the West Bengal government has already announced a seven-day-long state-wide lockdown; a few days ago, the Karnataka government announced a 33-hour-long state-wide lockdown to restrict the pandemic. The dying public health care system and coruscating private health mafias failed to restrict the spreading of the virus. It was also discussed before that this crisis is not a mere health crisis but also a devastating economic crisis.

During this pandemic, the share market has lost almost 25.5% of its wealth worth more than Rs 42 trillion, ie, 600% more than India’s calculated fiscal deficit. This is one of the most devastating crises in the last four decades. To resolve this crisis, the government has already announced a humongous Rs 20 trillion “fiscal stimulus”, which helped the Indian stock market to bounce back almost 20% from the low of March 17th 2020. The right-wing pro-government economists started praising Prime Minister Narendra Modi’s government for taking steps towards resolving this crisis. Some optimist economists forecasted that the economy will be back in track in no time. But is it really possible to bring the economy back in track in no time? The increasing rate of COVID-19 infection can cause another economic slump. Here are a few causes why a second slump is very much possible.

1. There is no clear idea about COVID-19

Not everything is known about the COVID-19 virus. Every week mutually-conflicting reports on the transmission of the virus and on ways to fight it are published by famous and reputed institutions of the world. The early-stage clinical trials claimed that Hydroxychloroquine can fight the virus, and the US forced the Modi regime to export the pills in a large quantity to the US. But in a short interval, the World Health Organization said that Hydroxychloroquine can’t cure COVID-19 and statistics proved that fatalities increased manifold after the medicine was used to treat patients.

Now, the Indian middle class is relying upon WhatsApp forwards stating how homoeopathy and even home remedies can cure COVID-19! So, it’s clear that there is a lack of sufficient knowledge on how to fight COVID-19 and, as a result, every day the number of infected people is increasing. In a report, the BBC reckoned that the second wave of infection can hit the human race at any time. Throughout the world, the number of infected has started decreasing after the unlock started, but in India, we are witnessing exponential growth in the number of infected people even after four phases of lockdown and two “unlock” sessions.

So it’s evident that another wave of infection can cause another prolonged lockdown. We already know how the economy suffered during the first phase of the lockdown. So another nationwide lockdown can aggravate the economic crisis.

2. Economic activity is far from any stabilisation

The lockdown farther reduced demand. Major sectors of the economy have been suffering due to a severe demand crisis before the COVID-19 pandemic, this crisis was aggravated due to the lockdown. A report by The Economic Times reckoned that 27m youth, in the age group of 20 years to 30 years, lost their job due to COVID-19 crisis in India. By the third week of March 2020, during the lockdown phase one, the retail sales plunged by almost 46% and there was a 55% fall in the number of retail customers between March 17th to March 25th. A report by apparel manufactures shows that retail sales dropped by 84%.

Even in the month of June 2020, the scenario remained unchanged. A huge section of the workforce, employed in the informal sector, had returned to their native places due to the lockdown and there is uncertainty over their return to their workplaces. People do not have liquid cash to buy essential commodities. So the demand drop has caused a crisis of overproduction and has panicked the economy as a whole.

But on the other side, the government is suffering from a low revenue collection due to drop in indirect tax collection because the major revenue-producing sectors like hospitality, entertainment, etc, are closed for a while and the increasing number of affected people is assuring that the sectors will remain close for some more time. So this crisis will adversely affect the earnings of the forthcoming quarters. If another wave hits the human race, then the economy will suffer a further fall.

3. The RBI has no way to inject cash in the market

The traditional economic experts gave the solution to infuse money in the market to resolve the financial crisis. In a nutshell print money till the crisis resolves was the suggested formula. In the last six years, the government has already infused a humongous amount of cash in the market by reducing the repo rate. Today, the repo rate has reached a record low of 4% and the government has also infused a large-yet-farcical stimulus package as a crisis rescue tool.

But as shown earlier, although it is announced as a “fiscal stimulus” to revive the economy, it is nothing but a package to help the corporates who have been sinking for a long time before the COVID-19 came in the picture. It is true that this package increased the amount of cash in the market but all the money and sops are destined for the corporates and the government-sponsored accumulation will continue to help the corporates to hoard all the money, which will never reach the poor. So the Reserve Bank of India and the Modi government have already tried to resolve the abysmal economic crisis of capitalism through all possible and traditional means but to no avail.

Any further reduction in repo rate can infuse extra cash in the market but along with that, it will increase inflation significantly. In the present scenario, the poor can’t buy their necessities because they have been suffering from unemployment and lack of money, which has resulted in a fall in demand. Further inflation will make the goods dearer to them. So, the Modi government can’t infuse cash in the market. If another wave of infection freeze all the economic activities, the government won’t have any conventional way to resolve the crisis.

4. No more buyback and dividends

From the very beginning of the crisis, all the private players have tried their best to stabilise the stock market. They invested all most all the money they received through the stimulus packages in the stock markets to stabilise them. The Modi government, like that of other crisis-ridden developed economies like the UK, the US, etc, has announced tax reduction on share buybacks so that the private corporations can repurchase their shares to increase the stock price.

Many big companies have already announced a share buyback. According to Securities and Exchange Board of India (SEBI), Thomas Cook (India) Limited, Granules India Limited, Supreme Petrochem, Aditya Vission Limited, Coal India Finance and Housing Limited, NIIT Technologies, Just Dial Limited and other companies already announced their buyback to stabilise their market. Now they have no option to repurchase their shares to stabilise the market in case a further lockdown hits the market.

Not only share buybacks, Reliance even came up with a new master plan, where they announced a dividend for the new buyers in a ratio of 15:1 (one free share for 15 new shares). Big investors used this opportunity to invest in its shares, and an immense portfolio investment made Reliance debt-free. The Modi government has helped Reliance by reconsidering article 99(H) of ICDR regulation and allowed Reliance to give an unregulated dividend to stabilise the market.

In the offer letter, Reliance mentioned “On December 16, 2010, SEBI issued a SCN [show cause notice], inter alia, to our Company and the erstwhile Pipeline Infrastructure (India) Private Limited (since merged with Sikka Ports & Terminals Limited, an entity belonging to the promoter and promoter group of our Company) (together, the “Noticees”) in connection with the trades of our Company in the shares of Reliance Petroleum Limited, the then subsidiary of our Company, which has since been merged with our Company” and “In 2011, consent (settlement) applications were filed by the Noticees before SEBI, which were rejected. Meanwhile, hearings were held before the Whole Time Member (“WTM”) of SEBI in respect of SCN. By an order dated March 24, 2017, the WTM of SEBI passed directions: (i) prohibiting, inter alia, the Noticees from dealing in equity derivatives in the ‘Futures & Options’ segment of stock exchanges, directly or indirectly, for a period of one year from the date of the order, and (ii) to our Company to disgorge an amount of ₹447.27 crore along with interest at the rate of 12% per annum from November 29, 2007 through the date of payment” (sic) and other anecdotes of fraud. But the Modi government already helped them to give dividends, although they are infamous scammers of the stock market, and they have no other options in hand to stabilise the market if another spell of lockdown causes another economic slump.

In Modi’s Rs 20-trillion-worth purported mega “fiscal stimulus” package, the emphasis is given on those who had no funds earlier to finance their organisations. Earlier all the banks were suffering due to a high amount of bad debts. Many corporate tycoons fled the country because they did not want to pay back their debts. Non-banking financial corporations were struggling from a liquidity crisis since last year. The IL&FS crisis last year grabbed the headlines.

But the Modi government again announced that they can now borrow money to resolve the crisis. But the demand crisis caused by severe unemployment kept any solution aloof. We already witnessed the downfall of the YES Bank – corporate debt was the main reason behind this fiasco. The real estate sharks won’t be able to repay their debts because the demand has reached the nadir. Recently, Punjab National Bank has filed a case against the Dewan Housing Finance Limited to recover debts worth more than Rs 30 billion. So it’s clear that if the demand does not increase many corporates won’t be able to pay their debts back and corporate debt defaults can be the reason for another economic crisis.

So we can conclude that although the optimist economists are expecting a “V” shape recovery there is an ample amount of inherent contradiction in the present capitalist system that won’t let that happen. If another wave hits the nation in the near future, another massive economic slump is going to be the epilogue of the present financial year.