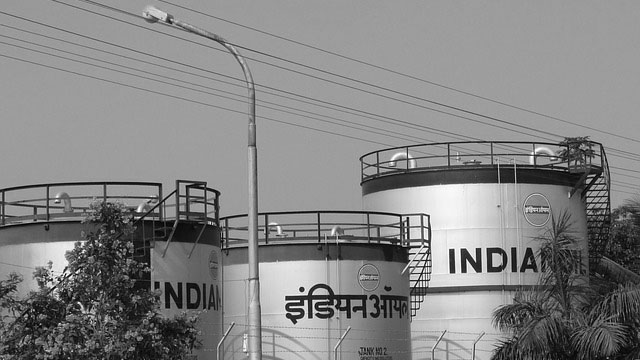 The COVID-19 pandemic has caused a huge slump in the global economy. Due to this, the International Monetary Fund has predicted that India’s GDP is going to contract by almost 4.5% by the end of the current financial year. The Indian government has already announced a mega Rs 20 trillion-worth package to revive the economy and, as shown earlier by this author, it’s nothing but a farce and adamant approach to saving the crisis-ridden capitalist system.

The Indian government announced the purported “fiscal stimulus” package in five tranches. In the fourth tranche, Finance Minister Nirmala Sitharaman announced the intention to privatise all non-strategic public sector undertakings (PSUs) and the decision to allow private capital in all sectors of the economy. In the days to come, Prime Minister Narendra Modi’s government will have to write-off the debts of a few PSUs to make them saleable and a few profit-making PSUs like Coal India Limited, Oil and Natural Gas Corporation, etc, will be privatised at nominal prices.

Recently, the Modi regime has already placed 41 coal blocks on auction, arguing that coal will help in realising the prime minister’s vision of an “Atmanirbhar Bharat” (self-reliant India), the ruling dispensation argued that privatisation of coal mining will create 280,000 jobs in India. One must not forget that this government first ascended to power promising 20m jobs in a year – ie, 100m jobs in its first tenure. Not only this promised remained unfulfilled, but the unemployment rate also reached a record four-decade-high at 7.8% before the COVID-19 pandemic.

Under the guise of providing a “fiscal stimulus” worth Rs 20 trillion, which would’ve been 10% of the Indian GDP, the Modi regime has already injected a humongous amount of cash in the market to run the economy. A pure liquidity infusion was masked as “fiscal stimulus” to hoodwink the poor. If the Modi regime could infuse cash in the market to save the crisis-ridden Indian and foreign capital, then why did it declare the intention to privatise the PSUs? Is it just an ultra-right-wing tendency of the government or they are trying to give a sedative to the capitalist system which has been in a crisis for a while now?

In the last few years, the whole capitalist system has been in crisis. Although the stock markets around the world witnessed incandescent growth, this growth has no relation to the real economy. But how can we say that the whole system has been in a crisis? There are two major points to show that a crisis of capitalism was spiralling up for a long time.

In the last few years, economic development in India has been nothing but an indebted growth. In 2019, Sitharaman announced the merger of ten public sector banks (PSBs) to form four mega PSBs to strengthen the banking system. But it was a sheer lie. Major PSBs, as well as private banks, have been suffering due to severe non-performing asset (NPA) or bad debt crisis.

Corporates took huge loans from the PSBs and private banks and didn’t repay. If we analyse the infamous case of YES Bank, the poster boy of the neoliberal banking system, we will witness that the bank announced bankruptcy because the corporates like Anil Ambani’s Reliance, Café Coffee Day and others were not repaying their debts since a long time.

This phenomenon isn’t constricted to the YES Bank only but all major big banks like the AXIS Bank, UCO Bank, Allahabad Bank, Dena Bank, etc, have been suffering from the same crisis.

The increasing stress index was making it extremely difficult to run the banking system. But the Modi regime and the Reserve Bank of India (RBI) has been constantly injecting cash in the market. In the last six years, the RBI reduced the repo rate at specific intervals. At present, the RBI has reached the new low of 4% to inject cash to resolve the present economic fiasco.

All the capitalist organisations in the world do their business with common people’s money. However, earlier they didn’t flee from the country leaving their business. But in the last few years, many Indian capitalists, who were counted as promising businessmen from 2005 to 2010, joined the quit India movement. Vijay Mallya was the first to flee, later Lalit Modi, Mehul Choksi, Nirav Modi and others also took the same route.

In 2019, Indian tycoons faced bankruptcies, jail and even committed suicide. Anil Ambani was about to be convicted as a fraud because he couldn’t pay the dues of Ericsson AB’s Indian unit. Malvinder Mohan Singh and Shivinder Singh were accused of fraudulently diverting nearly $337m from a lender they controlled; Shahsikant Ruia and Ravikant Ruia faced bankruptcy proceedings.

The ruling Bharatiya Janata Party’s (BJP) Rajya Sabha member Subhas Chandra Goyal, who brought cable TV into Indian homes in the early 1990s, resigned as chairman of ZEE because he couldn’t repay his debt. This list can go on exposing how the big stars of India’s capitalist block fell. This shows how acute the crisis of capitalism has become.

The collapse of the manufacturing sector

The RBI tried all possible ways to resolve the spiralling crisis during the last few years, but it failed to do so. In the last few years, all major manufacturing sector industries witnessed a huge fall in their growth. Automobile production plunged, real estate suffered a lot as buildings were left unsold and other sectors were ringing a vexing alarm for a long time.

A spike in unemployment and the falling Purchasing Managers’ Index (PMI) of India proved that the manufacturing sector has been in sheer crisis even before the COVID-19 pandemic hit the world. But the stock markets saw an incandescent growth, which was widening the gap between the real economy and fictitious economy and an economic crash was just a mere matter of time.

The RBI and the Modi regime have tried to resolve this crisis in all possible manners, viz repo rate cut, reduction in cash reserve ratio (CRR) and the statutory liquidity ratio (SLR), tax redemption, etc, but they have failed. All these conventional measures like a repo rate cut, CRR and SLR reduction, etc, can solve a short-term economic crisis but can’t solve the central inherent contradiction of capitalism, ie, the contradiction between profit and investment.

Capitalism always attempts to maximise profit as profiteering fuels the engine of capitalism. But in the last few years, the spectre of the falling rate of profitability has been haunting the whole system. After 2012, when the rate of profitability of the capitalist system reached a peak, the rate began to fall and, in 2019, it witnessed a new low of the last 15 years. It was not like a handful of capitalists have been suffering due to this crisis; rather, the entire mass profit plummeted exponentially. But what does a falling rate of profitability mean? Does it mean that profit has reached zero or the whole system is running on loss?

Capitalism always tries to maximise profit at any cost; no matter even if it threatens the lives of others. The falling rate of profitability means that capitalists are not making enough profit by selling commodities. For example, if a capitalist “A” invests Rs 1,000 in production and sells the commodity at Rs 1,300, then it can be said that “Capitalist A” has made a profit of 30%.

Capitalism always tries to maintain its profitability and, if possible, maximise it manifold. But, in the long run, the profit rate starts falling. Karl Marx defined this as the “tendency of the falling rate of profit”. Now one can understand why the Modi regime has announced the privatisation of all PSUs.

The best solution to solve the capitalist crisis is to handover the crucial public sector to corporates at a nominal price. So that they can produce commodity and achieve their desired profit goals. Today, the Modi regime is doing the same to save the capitalists and their exploitative system. Because last year, the major PSUs earned huge profits while the private players were suffering from an absolute profit crisis. A list of profit-making PSUs is given below:

So, it is evident from the above chart that majority of the Indian PSUs were doing good and a few PSUs like Air India, MTNL, BSNL, etc have been reeling under a severe debt crisis. If the government writes-off their debts to make these PSUs saleable to private players, the latter will buy them to use their large marketplace and network of the PSUs. And it can allow them to earn a huge profit.

It’s high time to comprehend that disinvests can temporarily add fuel to the capitalist system but, in a long-term, it will be unable to solve this crisis of capitalism. Marx, in his theory, reckoned such measures as external agents, which give capitalism a short-term boost. But at the end of the day, capitalism is a crisis-prone system and such a crisis will continuously return after a specific interval of time. We should never accept privatisation to ensure we and our future aren’t subject to the tumultuous market’s whimsical course.