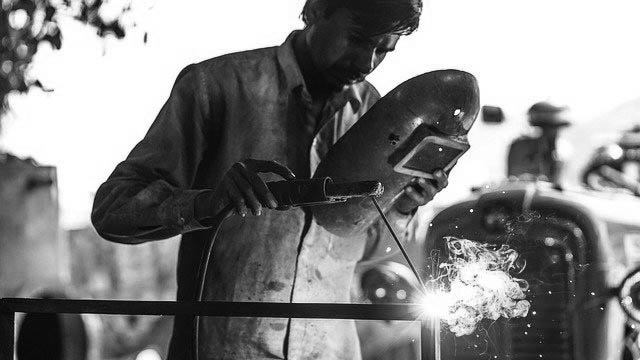 While in the FY 2019-20 there was a sluggish growth of 4.4%, the contraction of 7.5% still looks better to the Reserve Bank of India (RBI) vis-à-vis 23.3% contraction in the Q1 due to the lockdown imposed from March 25th. This 15.8 percentage point growth looks promising to the RBI, as it predicts the Indian GDP to contract at 9.5% in the FY 2020-21. The RBI also predicts that Q3 and Q4 of FY 2020-21 will see a growth period due to the unlock phase and expects the annual GDP from 2021-22 to be back on the sluggish growth trajectory. However, the GDP contraction in the Q2 FY 2020-21 is the second consecutive contraction in an FY, which means, India is in a technical recession phase.

Though the ill-planned and brutal countrywide lockdown by Prime Minister Narendra Modi’s government caused grievous injury to the Indian economy, one must also remember that the GDP growth has been going downhill even before the lockdown. In FY 2018-19, the economy expanded 6.1%, the lowest then, after 2013. The Q3 growth in the FY 2019-20 fell to 4.5% and in Q4, it went slightly up by 0.2 percentage points to 4.7% and the year-upon-year GDP growth was lowest since 2013, at 3.1%, which shows that not only the lockdown but there is something that aggravated the crisis.

The Atmanirbhar Bharat (self-reliant India) schemes announced by the Modi regime, the latest tranche announced in November by Union Finance Minister Nirmala Sitharaman, didn’t bring any qualitative difference but handled the supply side of the crisis without emphasising on the demand side. Modi and his economic advisors are expecting to provide more money, as liquidity, to the big corporate donors of the ruling Bharatiya Janata Party (BJP) to ensure they can use the same in creating fictitious capital through speculative trading in the stock exchange. But this has been weakening India’s banking sector, and it’s one of the reasons that the fiscal condition of the economy is in tatters. Rather than taking up the initiative of employing the people through the wide network of public sector undertakings (PSU), the Modi regime is helping the BJP’s donors to capitalise upon the crisis and seize control of all sectors, including the strategic sectors where the PSUs dominated for years.

It’s evident that Modi’s and Sitharaman’s economic policies are designed for and are exclusively helping the big corporates and not the common people at all. Data from the Centre for Monitoring Indian Economy (CMIE) shows 4,076 listed companies made a bumper net profit after tax (PAT) of Rs 1,545 billion in the Q2 of the FY 2020-21, despite the COVID-19 pandemic and partial restrictions. This is the highest PAT after Rs 1,181 billion in the Q4 of the FY 2013-14 by 4,854 listed companies. According to the CMIE, this PAT of these 4,076 listed companies in the Q2 FY 2020-21 is 171% higher than the Rs 570 billion they earned in the Q2 of the FY 2019-20.

Ironically, manufacturing, which experienced a 6.8% contraction in the Q2 of the FY 2020-21, made a kill in profit. Despite their net sales shrunk by Rs 961 billion, the operating expenses of the listed manufacturing companies were reduced by Rs 1,331 billion. Thus, 1,675 listed manufacturing companies earned a PAT of Rs 726 billion in the Q2 of the FY 2020-21, ie, 47% of the total PAT of the 4,076 companies. It shows how, despite falling production, these companies are making huge profits by decreasing their operating costs.

At the same time, the households, suffering the brunt of the lockdown as well as the economic recession India has been immersed in since the last few years, continue to suffer due to falling income. The CMIE data shows while 9% to 10% people complained that their income fell vis-à-vis the previous year, in October 2020, that number rose to 49.8%. Only 5.4% of people said their earnings have increased vis-à-vis the previous year. With unemployment staying at the four-decade-high 6.5%, it’s evident that there will be further fall of income as people will spend less after the end of the Q3 of the FY 2020-21, due to the end of the festive season that started in October.

To tackle this issue of rising unemployment and deterioration of the household income levels, it’s imperative that the Modi regime utilises the PSUs to create jobs and that can be only done if their privatisation is stopped. There is no sign that either Modi-Sitharaman or other stakeholders of the BJP are taking the economy seriously and are willing to do something for the poor and the downtrodden. The GDP contraction in the Q2 FY 2020-21 by 7.5% isn’t the end of the road. It may rise to positive zone in the Q3 but ending the FY on a negative growth will have long-term repercussions for the economy, and it needs serious intervention, a task that no corporate entity will undertake as they are in the market to earn profit and not provide social welfare through employment generation. It’s important for the sake of the people’s survival that there is a structural change in the government to overhaul the PSUs and to turn them into drivers of the economy. Only the state-controlled, socialistic economic model can help the economy now, nothing else will, which, evidently, the present dispensation will never agree.