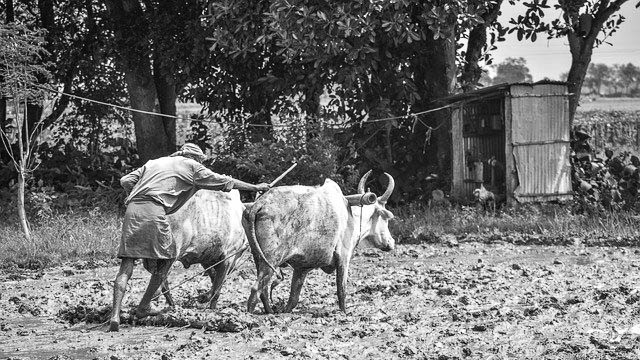 When the farmers of Punjab and Haryana are giving a tough fight to Prime Minister Narendra Modi’s fascist authoritarian regime, the farmers of other states are also fighting to cope up with the issues that are afflicting them daily. The paddy farmers of West Bengal are not an exception.

Chief Minister Mamata Banerjee-led Trinamool Congress  (TMC) government has announced the procurement of kharif crops from the paddy farmers of West Bengal. But are they going to get the minimum selling price (MSP) by selling their kharif paddies to the government through the Centralised Procurement Centres (CPC)? This question haunts everyone who has minimum knowledge of how the procurement occurs.

West Bengal has 7.2m farmers and, out of the total number, more than half of them (almost 4.2m) don’t have papers though they have land in their possession. This is the reason behind a low number of registration of farmers in the e-procurement of paddies by the Government of West Bengal. As per the data collected on December 26th 2020, only about 16,47,177 farmers have enrolled for selling their kharif paddies in 354 CPCs. There are many reasons for this low turnout.

After Operation Barga, many paddy farmers of West Bengal got land, but the owners did not transfer the land in their names and, after so many years, the lands are still in the name of the zamindars/jotedars (feudal landlords). The poor and marginalised farmers are still running to the doors of these zamindars and their imps for the registry of the land. In North Bengal’s Jalpaiguri district, a devastating flood in 1968 caused havoc and many people lost their lives and papers.

Those who are rich somehow managed to recover their land documents, but the poor farmers are still suffering due to the red tape. Some farmers have inherited lands from their parents, but they have not gone through the complicated process of mutation and, in some cases, registration. In some lands, the feud within families and extended families have become a hindrance in recording lands in the name of the tillers of the soil.

The lack of documents causes a problem for the paddy farmers of West Bengal in selling their crops to the government. As per the notification of the Food and Supplies Department of the Government of West Bengal (No.- 2586 FS/Sectt/Food/4P – 06/2020) to sell paddy at the CPCs, a farmer has to fulfil the following criterion:

To be registered in the “Krishak Bandhu Farmers” scheme, a farmer needs land documents in their names. So, the first two criteria need land documents and the 4.2 million farmers, who do not have land documents, are compelled to sell their paddy at the local markets at a lower price of Rs 1,300 to Rs 1,400 per quintal, whereas the government’s MSP is Rs 1,868 per quintal for the common variety and Rs 1,888 per quintal for Grade – A category.

A farmer needs to invest at least Rs 6,000 per bigha for paddy cultivation to yield five to seven quintals. If they sell at government’s CPCs they can earn a profit of Rs 3,000 per bigha of cultivation, but if they sell the crops at the local markets, they earn a meagre profit of Rs 1,500 to Rs 2,000 per bigha. For paddy cultivation, a farmer needs to give four months of labour. In comparison to what they earn in return of that labour from paddy, there is a general reluctance in cultivating paddy among farmers of West Bengal.

Despite knowing that the paddy farmers of West Bengal have very small landholdings and that the profits they yield from paddy cultivation are not enough to meet their daily needs, the Banerjee’s government didn’t take any affirmative action in the last nine years. While the minimum price of rice in the open market is Rs 30 per kg, the farmers of West Bengal, who sell their paddy under distress, find it very difficult to afford it after selling their crops at a very low price.

Selling crops at the CPCs is itself a cumbersome process

A farmer needs to visit the CPC at least twice to sell their paddy. Firstly, they should enlist their names at the CPCs and the authority will provide them with a token number. A date is given by the CPC authorities to the farmers, which, in most cases, is after one or two months. For a farmer of West Bengal, who must sell the paddy to meet their daily expenses, it is very hard to wait for two months to get the money. So, the farmers are forced to sell their paddy at a very low price at open markets.

Many farmers of Jalpaiguri allege that the CPCs where they want to sell their paddy crops have informed that the maximum a farmer can sell is 20 quintals. But as per the notification of the Food and Supplies Department of the Government of West Bengal (No.- 2586 FS/Sectt/Food/4P-06/2020), a farmer can sell a maximum of 90 quintals to the CPC.

The farmers also alleged there is an evil nexus of hoarders and officials that works against the farmers’ interest. The officials of the CPC take bribes and allow the hoarders to buy the paddy at a very low price from the farmers and then sell the crop to the CPCs.

The low MSP for kharif paddies

The paddy farmers of West Bengal suffered a heavy loss due to the breaking of the supply chain in the whimsical lockdown and the kharif crop is their only hope at the time of financial crisis. The paddy farmers of West Bengal can’t sustain with the income from agriculture only. They work as migrant workers during off-seasons and some even work as construction workers–the two fields that got the heavy jolt of the pandemic and unplanned lockdown. Whatever these people earn from working in the off-seasons, they invest it in cultivating kharif crops.

So, the MSP the government is giving is not going to serve their purpose. It continues to push the farmers into the death trap of microfinance companies that charge interest rates as high as 20% to 25 % due to non-availability of land documents. Due to the lack of the documents, they can’t get Kisan Credit Cards (KCC), which enable a farmer to take a loan from the government at a low rate of interest. Negating the Central Government’s claim of a historical hike in MSP, many states, including states ruled by Modi’s Bharatiya Janata Party, have already objected to the MSP fixed by the Modi regime.

This is the labyrinth slime that a farmer of a paperless land has got stuck in. They can’t have KCC, they can’t sell crops to CPC and so they are deprived of the other government schemes that both the Union and state governments announce from time to time for farmers.

The exaggeration of the governments, including the TMC-led one, of doing well for the farmers, the tall claims in their manifestos are nothing but election propaganda. Both the Union and the States should make agriculture schemes more universal and more accessible. For the paddy farmers of West Bengal, this is a crucial need. Both the Union and the States should stop the blame game and should come to the ground to know the reality and the Opposition leaders should also identify the real issues and speak up about those issues that are afflicting the farmers.