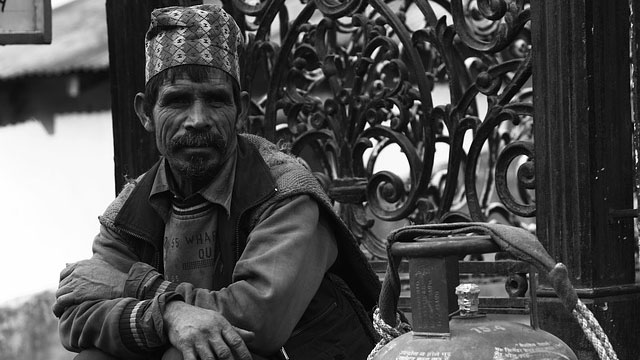 India doesn’t publish monthly unemployment data officially. But Centre for Monitoring Indian Economy (CMIE) does it, and its data for June 2021 shows that the unemployment rate is hovering around 12.8%, with 15.50% urban unemployment and 11.60% rural unemployment. The CMIE data shows that employment fell from 390.8m in April 2021 to 375.5m in May 2021, which means 15m jobs were lost in May alone. This unemployment crisis in India isn’t ringing any eerie alarm in the government’s corridors.

The unprecedented unemployment crisis in India is blamed on the COVID-19 pandemic and the new lockdowns and restrictions imposed by the States, but that doesn’t absolve the current ruling dispensation of the crimes it has committed, as it allowed the situation to worsen since the financial year (FY) 2017-18 when the unemployment rate reached 6.1%, far lower than what’s it today.

Does Prime Minister Narendra Modi’s government have any plan to contain the unemployment crisis in India and bolster the economy? It doesn’t seem so. Alike 2020, when his government resorted to the rhetoric of Atmanirbhar Bharat (self-reliant India) to combat an unprecedented economic crisis and provided ample opportunities to India’s big corporate houses to profiteer at the cost of people’s agony, especially by overlooking the farmers’ protest against corporate aggression, the loquacious prime minister will use such gimmicks in 2021 too and the only challenge before him is to make enough people believe his lies. But even for the gimmicks, the government’s finances aren’t that promising.

Firstly, during his address to the nation on June 7th, Modi claimed that his government will continue to provide free food grains to the poor until the north Indian Hindu festival of Deepawali on November 4th 2021. This will additionally cost the exchequer Rs 1.1 to Rs 1.3 trillion. With a budget deficit of 6.80% of the GDP, it’s not clear where the government will be bringing the money from. Is it going to borrow? Then how would it repay new borrowings when 20% of its total annual expenditure—the highest one among all—is interest repayment?

Secondly, while the unemployment rate is spiking, especially in rural India, the government isn’t taking any substantial steps to generate employment. Modi rather cut government expenses amid the peak of the COVID-19 second wave in April. According to the CMIE, while unemployment reached 7.97% in April 2021 from 6.50% in March 2021, the government spent only Rs 2.27bn, which is only 6.5% of its annual budgeted expenditure of Rs 34.8bn. The analysis showed that the Rs 2.27bn expenditure in April 2021 is lower than the average Rs 2.4bn-worth expenditures borne by it in April 2017, 2018 and 2019.

Thirdly, the ongoing unemployment crisis in India, topped with fuel price hike and rising food price inflation, will seriously impact India’s projected growth. The World Bank has revised its earlier estimation of India’s economic growth in the FY 2021-22 to 8.5% from its earlier double-digit prediction. This will be followed by other big capitalist bodies too. The double-digit growth forecasting was done in the third quarter of the FY 2020-21 and it doesn’t look feasible in the new circumstances after the COVID-19 second wave ravaged most parts of the country.

Why isn’t the Modi regime increasing the expenditures in creating jobs to address the unemployment crisis in India? The answer to this question can be found in the Modi regime’s nonchalant attitude to the unemployment crisis when it started rising since the FY 2017-18 and reached a four-decade high. Now when unemployment is even higher, Modi won’t bring new policies, except for the allotment of free food grains to the poor, even when fuel prices are on the rise, including that of cooking gas, because he knows that admitting the issue and working towards resolving it will involve state’s investment in human welfare, which runs contradictory to this government’s principal motto – minimum governance.

It’s high time that the genuine opponents of Modi’s sclerotic regime hit the streets to demand an increase in government expenditure to create employment opportunities to tackle the unemployment crisis in India. Economists from the progressive quarters must come out with comprehensive economic revival solutions. Only political pressure through mass movements can push the Modi regime to the backfoot. However, as such movements aren’t existing, except the farmers’ movement, there is no possibility of forcing the Modi regime to act and tackle the situation.