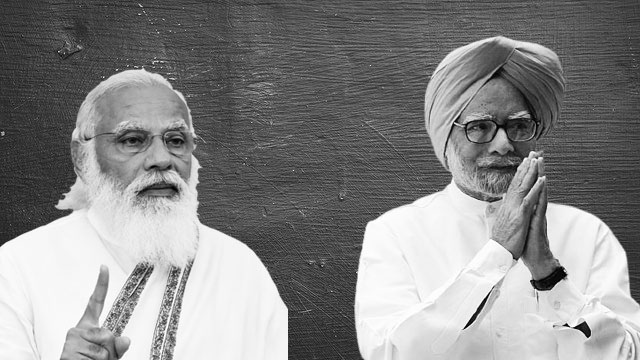 Through a statement issued on July 23rd 2021, Singh expressed his happiness over the achievements of the Indian economy in the last 30 years. He said that the economy has made tremendous progress to reach the $3 trillion mark. However, he also expressed his ‘pain’ over the loss of lives and livelihoods of people due to COVID-19.

“It gives us immense joy to look back with pride at the tremendous economic progress made by our nation in the last three decades. But I am also deeply saddened at the devastation caused by the COVID-19 pandemic and the loss of millions of fellow Indians. The social sectors of health and education have lagged behind and not kept pace with our economic progress. Too many lives and livelihoods have been lost that should not have been,” Singh was quoted by The Hindu.

Singh wasn’t the only person expressing happiness over the “tremendous economic progress” made in the last 30 years. India’s richest man and one of Modi’s principal sponsors, Mukesh Ambani, also hailed the neoliberal economy and claimed India can be as rich as the US and China by 2047. The Economic Times published Ambani’s plan of action for 2047, which shows that his Reliance India Ltd is planning to monopolise control over education, healthcare, housing, etc, sectors using the tight grip it has on the BJP-led government.

Though both Singh and Ambani spoke for the people at the “bottom of the pyramid”, the fact is that the majority of the population—the working class, farmers and toiling people—have been economically marginalised in the last three decades. Their marginalisation happened as the state ceased to support the poor and the downtrodden with the welfare programmes. The well-being of the poor is left with the market forces, which eventually concentrated wealth in the hands of a few, like Ambani and Gautam Adani, while 134m Indians live on an income of $2.00 or less per day.

Thanks to India’s economic liberalisation, an Oxfam report showed that the top 10% held 77% of the national wealth in 2017 and 73% of the wealth generated in that year went to the top 1%. Can Singh shield himself by blaming Modi? Was the period between 2004 to 2014 a real paradise for the Indian poor? Was there no inequality when Singh was ruling the country with an iron fist?

The World Bank’s Gini coefficient shows the inequality in income distribution in countries. While 0% indicates full equality, 100% indicates absolute inequality. The data given below will show how under Singh, the Gini coefficient points towards gradual growth of inequality. While in 2004, when Singh inherited the throne of Delhi, the Gini index was 34.4, it reached 35.7% in 2011, after seven years of his rule.

In terms of income, the situation worsened under Singh vis-à-vis his predecessor Atal Bihari Vajpayee of the BJP. Though India’s economy grew at a faster pace until the US Subprime Crisis in 2008, it was an exclusionary growth. In 1991, the top 1% had a 10.4% share in the pre-tax national income, which grew to 18.8% in 2004, when Singh became the prime minister, and reached 21.7% in 2014 when Modi toppled Singh.

The table below shows the income inequality between 1922 and 2019.

A development study released in 2018 shows wealth disparity in India increased six-fold in 17 years. Ironically, Singh was present during the release of the report and spoke in length. Projecting a holier than thou image, Singh is now trying to efficiently blame Modi’s reckless liberalisation drive, which has further shattered the hopes of survival for the poor.

Indeed, it’s the ilk of Ambani, Adani, etc, who will pin their hopes on the rapid expansion of India’s economic liberalisation drive so that they can have more access to resources and can expand their profiteering. Free enterprise is a myth in a world where capital is centralised and monopoly-finance capital controls the political agenda of any state. In such a situation, Ambani, Adani, etc, will, of course, advocate for more reforms so that they can pocket more wealth. Amid the COVID-19 pandemic in 2020, when India’s middle-class shrank by 32m and the number of people in absolute poverty—with an income of less than $2.00 per day—increased by 75m, Ambani became the sixth-richest man in the world. In 2021, Adani’s spiralling wealth rise gave him strong competition until the exposure of a scam took away billions from the latter’s wealth overnight.

Irrespective of what the advocates of the neoliberal economy say or whatever Singh claims, the fact is that it has helped the rich grow richer since 1991 and the poor are further marginalised, finding it difficult to survive. With the schemes like One Nation One Ration Card unfolding, nearly 200m people will be thrown into the reign of sheer starvation. Thanks to Singh and his US-based masters, that Modi and Hindutva fascism is at the pinnacle of India.

The only solution to the present crisis is socialism. Only the establishment of the working class-led socialist system—different from Nehruvian pseudo-socialism—can benefit the poor and the downtrodden masses at present. A planned economy, focusing on the growth of the marginalised and their welfare, can drive millions of Indian people out of abject poverty and provide them with an opportunity to traverse the course of a unique development, which won’t benefit a handful but the majority.

India’s economic liberalisation has been the biggest enemy of the people and destruction of this neoliberal economic order and its replacement by a socialistic model, with the social ownership of means of production, can bring real freedom from perennial issues like unemployment, poverty, agricultural crisis and migration of labour. Without socialism, people like Singh and Modi will continue to sell off public assets to big capital and throw millions into destitution. This is the lesson learned from three decades of the neoliberal economy. No amount of cheerleading Singh or Modi can obfuscate the facts.