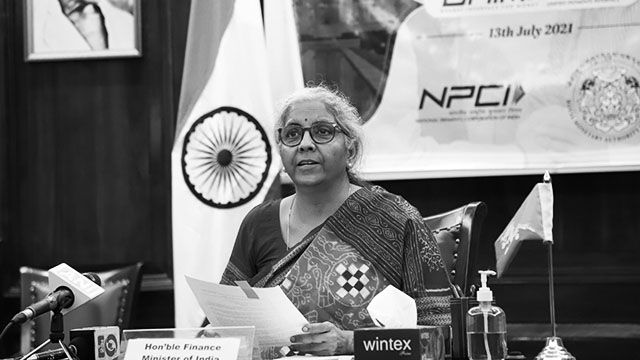 The parent law, The General Insurance Business (Nationalisation) Act, 1972, (GIBAA 1972) was passed by the Indira Gandhi-led Congress government to nationalise the general insurance business to improve the solvency of the companies. Bharatiya Janata Party’s (BJP’s) Atal Bihari Vajpayee-led government passed The General Insurance Business (Nationalisation) Amendment Act, 2002 (GIBAA 2002), which allowed the Central Government to reduce its stake in the general insurance companies while retaining a threshold of 51% share-holding. Prime Minister Narendra Modi’s BJP government wants to even do away with this threshold to allow greater private ownership of India’s crucial general insurance business.

The GIBA Bill 2021 will ensure the total privatisation of one of these public sector general insurance companies, allowing Modi’s big corporate sponsors to have total control over the assets of these companies. The Opposition’s sole focus on the snooping scandal that affected around 300 politicians, activists, bureaucrats, etc, made it nonchalant regarding the GIBA Bill 2021. There was no debate, no opposition to this Bill’s passage and through its misplaced priorities, the Opposition camp, under the leadership of the Congress party and the Trinamool Congress (TMC), helped Modi indirectly in passing the Bill.

During her budget speech in February 2021, Nirmala Sitharaman had declared that the government will do necessary amendments to privatise two public sector banks (PSBs) and one general insurance company in the current financial year (FY). The names of the companies were not disclosed. However, due to the severe non-performing assets (NPAs) of the PSBs piling, there are fewer scopes for the government to earn money by liquidating its equity in the PSBs, which forced Sitharaman to defer the decision to privatise the two PSBs.

In these circumstances, the passage of the GIBA Bill 2021 will help the government a lot once it’s passed by Rajya Sabha, the upper house of the Parliament. The government is also planning to privatise the Life Insurance Corporation of India (LIC). The disinvestment plan will throw the Indian economy into extreme chaos. There are speculations that the United India Insurance Company will be privatised on a priority basis by the Central Government, following the enactment of the GIBAA 2021.

However, despite having a low net worth, the United India Insurance Company’s investments in the Indian economy are high, especially the consolidated premium investment over the years. On March 31st 2020, the company had total investments of Rs 297.79bn and its total assets worth Rs 360.02bn. The total investment income fell to Rs 30.81bn in FY 2019-20 from Rs 32.40bn in FY 2018-19. The United India Insurance Company has invested Rs 125.78bn in the Union and States’ securities and Rs 58.01bn in housing and infrastructure loans.

Now, if Sitharaman privatises the United India Insurance Company, using the GIBA Bill 2021, then it will jeopardise the large-scale investments in government securities and bonds. Rather than “innovating” new products, as claimed by the Modi regime in the statement of purpose of the law, the corporates will divert premium investments — Rs 247.51bn-worth long-term investments and Rs 317.96bn-worth short-term investments — to the volatile market for speculative trading. This will also pose a major financial challenge for the customers, who may suffer in the end.

The Opposition’s ruckus over Pegasus spyware row exempted the Modi regime from answering why a nationalised company like the United India Insurance Company, with 13,961 employees, of whom 7,062 are class I officers, can’t innovate products without going into private hands? Why private investment and corporate control are needed to make the nationalised insurance company profitable when the same corporates are the cause of its NPAs?

If the Opposition allows the GIBA Bill 2021 a free passage in the upper house of the Parliament, where the BJP is in the minority, then it will be a dangerous moment for the Indian economy. Amid the pandemic and the incessant worsening of its economic crisis, India can’t afford an economic catastrophe like the privatisation of the United India Insurance Company or other nationalised insurers. While it’s time to increase government investment in the economy, Modi’s privatisation spree, especially of the insurance sector, will throw the country into the reign of sheer chaos.