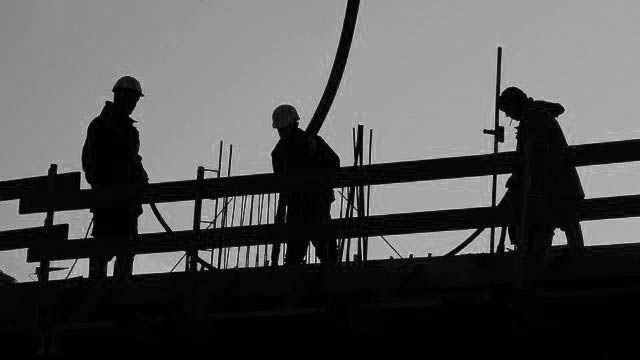 When the Indian mainstream media is busy portraying the global “popularity” of Prime Minister Narendra Modi by highlighting the ebullient crowd presence in his events during his maiden Europe tour after a two-year-long gap caused by the COVID-19 pandemic, India’s economic crisis has worsened. While the crowd of Hindutva fanatic non-resident Indians in Germany chant “Modi, once again”, India struggles to arrange coal for its archaic thermal power plants. Moreover, the unemployment situation in India has worsened manifold in March 2022, at the close of the financial year (FY) 2021-22.

According to a report published by the Centre for Monitoring Indian Economy (CMIE), a private organisation that monitors the economy and publishes the unofficial unemployment data, though India’s estimated unemployment rate fell from 8.1% in February 2022 to 7.6% in March 2022, there has been no rise in employment generation in the economy. Rather, the labour participation rate (LPR), ie, the total labour force divided by the employable population above the age of 15, fell from 39.9% in February 2022 to 39.5% in March 2022, which is the lowest than the fall during the second-wave of COVID-19 in April-June 2021, when it had hit 39.6% in June 2021.

The fall in the LPR rings an eerie alarm. It means that many people are quitting the job market because they are frustrated with their inability to secure a job for themselves. Moreover, there was a 1.4m fall in total employment in March 2022. A massive number of workers were laid off by different industries, as per the CMIE report. “The manufacturing sector shed 4.1 million jobs, the construction sector shed 2.9 million and mines shed 1.1 million jobs”, the report stated.

While such a grim situation prevails in the job market, rendering people frustrated, India’s corporate houses are continuously making a kill with higher profits despite falling revenue during the COVID-19 pandemic. According to a CMIE report, while the total income of 5,270 listed companies fell by 3.4% during the FY 2020-21, their net profits soared by 176.5% in the same year.

When a larger sample size of 28,386 Prowess companies was taken, it was found that though their income had shrunk by 1%, their net profits increased by 131%. The rise in profits while the fall in revenue can be attributed to “cost-cutting” through labour force downsizing and investment diversion from production-centric models to speculative trading in the stock markets to grow fictitious capital.

Although the unemployment situation in India remains at its worst phase, leaving millions without any basic income, the big corporates are in a realm of sheer happiness. Gautam Adani, one of the principal capitalist sponsors of Modi’s ruling Bharatiya Janata Party (BJP), has become the world’s fifth-richest dollar billionaire, surpassing Warren Buffet. Another BJP sponsor and Modi’s patron, Mukesh Ambani of Reliance Industries Ltd, is ninth on the list.

While the unemployment situation in India is worsening, the government has been reducing its spending on the National Rural Employment Guarantee Act (NREGA), which guarantees 100 days of work to the rural poor. However, at the same time, the Modi regime is promoting the PM Gatishakti project as a catalyst for change. The PM Gatishakti is a national master plan that aims at developing world-class “modern infrastructure and logistics synergy”.

During the Union Budget 2022-23, Union Finance Minister Nirmala Sitharaman disclosed that 25,000 km of national highways would be built during 2022-23 to develop the infrastructure for private investment under the PM Gatishakti project. Sitharaman allocated Rs 200 bn for the PM Gatishakti project, which may create temporary employment, especially during road construction; however, in the long-term, thanks to automated solutions deployed by the corporates in the public-private partnerships (PPP), not many sustainable livelihood opportunities can be created with this ambitious infra upgradation plan.

Rather than discussing the urgent need for employment generation, the ruling BJP and the courtier mainstream press have been distracting public attention using manufactured optics. As the unemployment situation in India has been worsening and the government remains nonchalant about the dire need to create major employment opportunities, it’s apt time for the people’s representatives to raise the issue of employment vigorously to stop the country from descending further in the abyss of an economic catastrophe.