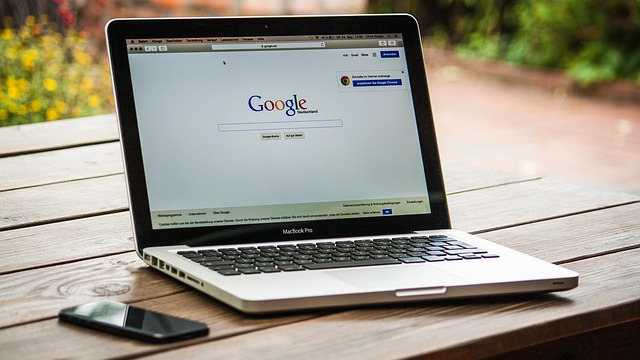 The government is coming for your computer now, and you will be obliged to share the data stored in your computer with the government’s representatives; if you don’t, then you can land in jail for seven years. This is no Orwellian narration, rather the state of Indian civil rights after the Ministry of Home Affairs issued a directive on Thursday, 20 December 2018, which assigned 10 agencies of the government, Intelligence Bureau, Narcotics Control Bureau, Enforcement Directorate, Central Board of Direct Taxes, Directorate of Revenue Intelligence, CBI, National Investigation Agency, Cabinet Secretariat (Research and Analysis Wing), Directorate of Signal Intelligence (in Jammu and Kashmir, North-East and Assam only) and the Delhi Police Commissioner, snooping rights on any data resting in any computer. Earlier, the intelligence agencies had rights to monitor phone calls, emails and messages, i.e. data in transit, and now with the right to snoop on any data at rest, they have won themselves a weapon that will be used extensively to violate the people’s right to privacy, which even the Supreme Court upheld.

Signed by Union Home Secretary Rajiv Gauba, the SO 6227(E), issued by the Cyber and Information Security Division of the Ministry of Home Affairs, authorised these security and intelligence agencies for the “purposes of interception, monitoring and decryption of any information generated, transmitted, received or stored in any computer resource” under the power granted by the sub section (1), of the section 69 of Information Technology Act, 2000 (21 of 2000), read with rule 4 of the Information Technology (Procedures and Safeguards for Interception, Monitoring and Decryption of Information) Rules, 2009“. Though the text of the SO reads computer, the scope of this surveillance can extend to the mobiles as well, in case a smartphone can be equalised with the device ‘computer’ in the court of law.

At a time when dubious letters clearly mentioning the purported ‘plot’ to assassinate Narendra Modi are found stored in some civil rights activist’s laptop’s desktop, when unknown data fetched from the laptops of JNU students are used to file a chargesheet against them, without even considering the fact that the prima facie evidence of the case is found to be a doctored videotape propagated by the Zee News, which itself is a puppet of the BJP government, then it’s indeed a dangerous thing to rest such powers at the hand of these intelligence and security agencies that are driven by sheer Islamophobia and Brahminical bigotry. It’s quite evident that the draconian provisions of the Information Technology Act, 2000 and the Information Technology (Procedures and Safeguards for Interception, Monitoring and Decryption of Information) Rules, 2009, will be used by the Modi regime and its sycophant security agencies to round up activists, intellectuals and critics of the government and its policies.

During the RSS’ Vijayadashami meeting at Nagpur, the RSS chief Mohan Bhagwat unapologetically fired salvo against the critics of the government in the intellectual sphere by calling them ‘Urban Naxals’, a term coined by Vivek Agnihotri, a flop filmmaker and a Modi lackey. The renewed attempt to carry out an intellectual, political and organisational onslaught against the critics of the Modi regime started soon after Mohan Bhagwat’s speech and the prime minister had been claiming victimhood during the election campaign trail. With the rising tides of anti-incumbency factor sinking the ships of the BJP in its strongholds like Chhattisgarh, Madhya Pradesh and Rajasthan, Narendra Modi and the Sangh Parivar are keen to unleash waves of brutal police repression on those intellectuals, especially journalists, activists, writers, etc. who have been criticising the Hindutva fascist programme, the pro-corporate character of the government, raising questions about the government’s Kashmir policy and intensifying movements of the working class and the peasantry against the government.

It was reported that the Modi regime had ordered for an IB report on the public mood in different states soon after the recent assembly election results showed a thumbs down to the BJP. Narendra Modi and the Sangh are reluctant to place any bet on the private survey results done by companies like Nielsen as it wants to check broader geography and understand people’s sentiment from all quarters so that it can strategize for the 2019 general election in a very professional way. The IB report will give a bigger sample size, cross demography and socio-economic block reports and other bespoke data to help Narendra Modi’s regime to gauge the public mood. It’s suspected that the Modi regime can instigate major communal carnage and pogroms in non-BJP-ruled states like West Bengal, where the saffron outfit is trying to take out huge chariot processions to draw people’s support.

Snooping, jailing and gagging people for their views, for their political belief and their critical analysis of the government’s functioning is a very fascist step that the Indian state is taking to safeguard the interests of the Hindutva fascist camp and its corporate sponsors who are keen to use public resources, public funds and cheap labour to do filthy profiteering under the patronage of Narendra Modi. The reason for this new directive is to curb the spread of anti-BJP and anti-Modi regime messages on the internet and social media, which at least get a good audience and impact people’s thinking. There is no doubt that these 10 agencies will intimidate anyone vocal of the government and by utter misuse of power, they will try to suppress genuine voices of dissent.

Narendra Modi and his coterie have understood that whatever may be the outcomes of the IB report on the people’s mood, the only decisive factor in winning popular mandate is to get the upper-caste, urban, elite and middle-class votes en masse. As the ‘development’ mirage is busted, it’s now only xenophobia about a purported threat from critics of the government, whom the Hindutva fascist camp calls ‘foreign-funded’ (indicating Pakistan and China) following Indira Gandhi’s model of accusation, and communal diatribe to incite the Hindus against the Muslims remain the way out for Narendra Modi from the political impasse caused by a massive anti-incumbency wave throughout the country.

By using this power, the police state will be able to hound, arrest and torture anyone who would be vocal against its policies and it’s the extreme manifestation of fascism. Though the Modi regime will try to carry out a massive witch hunt to gag the vocal opponents of the government, the rising tides of farmers’ and workers’ discontent throughout the nation, which caused severe setbacks to the BJP in its former strongholds, will wipe its Hindutva fascist empire under the making with vigour and vitality. By snooping on computers and data stored by the people, the BJP can stop the ideas from flowing to some extent, to imprison activists and writers under false charges, but they won’t be able to stop their own imminent fall, which is inevitable.