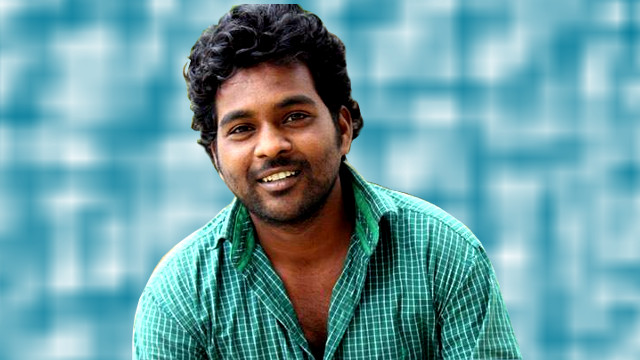 On the occasion of Rohith Vemula‘s third martyrdom anniversary it’s time for those who oppose Brahminical oppression, feudalism, comprador capitalism, imperialism and their agent provocateur- Hindutva fascism- to retrospect the course of action since that fateful evening in the HCU campus, when a Dalit student, reduced to his immediate identity, was left with no other scope but to commit suicide; one who wanted to write on science was left with no other option by the Brahminical system but to write his suicide note.

What forced this brilliant scholar to kill himself and thereby become a symbol of a new Dalit upsurge in India? It was sheer Brahminical bigotry that can’t tolerate the sight of Dalits in the institutions of higher education, which are still the fiefdom of upper-caste elites and urban middle-class. Rohith Vemula and his Ambedkarite comrades, who tried to assert themselves while being utmost unapologetic about their caste identity, definitely became thorn of the eyes of the institutional bigotry, the ruling bloc, those who are represented by the ABVP and its ilk.

In these three years, though many monuments are raised in the name of Rohith Vemula, despite many movements of students and youth raised slogans in his name, the real Rohith Vemula is still locked in the same crisis zone of caste and class war, where his dream flight crashed.

The University of Hyderabad is still a fiefdom of the ABVP and other Hindutva fascist thugs patronised by a servile Vice-Chancellor, who works as the puppet of the Sangh Parivar. Dalit, tribal and backward caste students still face the wrath of Savarna elites in India’s campuses, charge sheet is filed against Umar Khalid, Anirban Bhattacharya, Kanhaiya Kumar and many other students of the JNU  90 days before the Lok Sabha polls to amplify the Sangh’s version of ‘mother nation under siege’ narrative with the help of mainstream corporate media, and Najeeb is still not found.

Muslims have become the new Dalit in the country, who can be lynched on any occasion as per the whims of the upper-caste Hindus, who consider India their private property. From Rajasthan, Haryana, Uttar Pradesh to Jharkhand and Bihar, from West Bengal to Gujarat, Muslims are dehumanised, demonised and their lives hold less value than that of the cow. Unlike Dalits, the Muslims even can’t form an assertive political identity for social-justice as that will amount to ‘terrorism’ according to the parlance of Modi-fied India and its toady media.

The caste discrimination and institutional ostracisation of Dalits is going to get stronger in the days to come under the reign of Narendra Modi, as all Brahminical forces combinedly supported the 124th Constitution Amendment to provide 10 per cent reservation exclusively for upper-caste Hindus with an income up to Rs 800,000 per annum under the garb of providing opportunities to ‘economically weaker sections’.

This will clearly strengthen the already dominant upper-caste groups in the institutions of higher education and the public sector, which means the opportunities for the Dalits, tribal and backward castes will continue to shrink and the abuse and discrimination the people of these social groups face will increase in the days to come.

But even though the sky looks gloomy, it’s not the cloud of despair that’s going to rule the world but the rays of hope that will thrust the rapier into those very dark clouds. Rohith Vemula had to die, but the spirit of Dalit resistance against the Brahminical fascist feudal and comprador capitalist system didn’t end with him, it just grew stronger every day. From the heroic struggle of the Dalits of Gujarat against the upper-caste henchmen to the massive struggle of the Dalits against injustice in Uttar Pradesh, the everlasting influence of Rohith Vemula can be seen everywhere.

Rohith Vemula viewed the Dalit problem from the myopic vision of BR Ambedkar’s social justice theory that tries to simply correct the problem of casteism, that has its roots in the predominant semi-feudal production relations buttressed by the comprador capitalist framework and the foreign imperialism, from the top through institutional mechanisms without bringing any real revolutionary change in the production relations at the grassroots.

Alike other Dalit movement activists, who remain confined within the narrow alleys of achieving social justice without a radical transformation of the society, without the uprooting of the Brahminical feudal forces and their reactionary rule, Rohith Vemula too thought that the system will change gradually through the implementation of the Constitutional values.

Toggling between the opportunist views of the CPI(M)-affiliated SFI and the Ambedkarite student’s organisation, he was too affected by the very misconception of achieving social justice through the Constitutional mechanism, through the path of Bhima Koregaon, which eventually ends up in compromises with the Brahminical system.

Rohith Vemula had to end his life because, within the narrow ambit of this opportunist politics, he couldn’t envision success against the tyrant Brahminical Hindutva fascism. The injustice drove him to suicide but the lack of a strong political will to fight back, defeat and uproot Brahminical tyranny abetted the suicide as well.

Three years since Rohith Vemula’s institutional murder the world did turn worse, but it also provided an opportunity for those fighting on behalf of the exploited, oppressed and marginalised sections to link their class struggle for a better, equal and just society with the struggle to abolish caste through the uprooting of the feudal-comprador capitalist mode of production. A free and better world can only be established for the Dalits and other oppressed communities only when the socio-economic factors that lead to their exploitation are uprooted.

To protect the future Rohith Vemula’s from such institutional murders, to save their future and allow them to take their dream flight, it’s imperative to provide them with the world where they can actually experience equality in deeds and not in words. For that future, the vanguards of the present must up the ante and vigorously chase their goal of establishing a just, equal and egalitarian society without any delay.