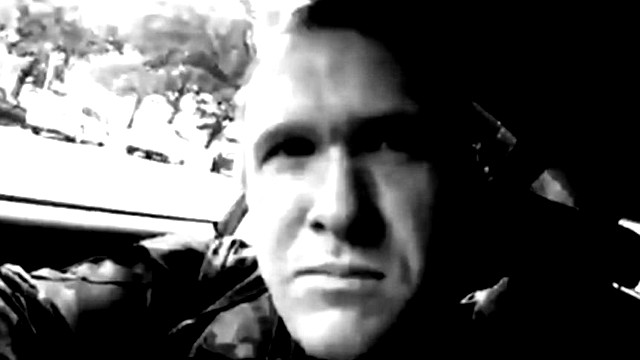 Usually the news of death, especially a massacre, creates a lot of uproars, however, the news of the terrorist attack on the Muslims offering their Friday prayers at two mosques in New Zealand’s Christchurch, which killed 49 and injured more than 30, was received with sheer equanimity by the global mainstream media and the big corporate-sponsored alternative media. An ominous silence reigns among the global Muslim community as it treated the news as a continuation of predicament it’s subjected to throughout the world.

There was no kerfuffle, no hysteric opposition of terrorism by world leaders and none even dared to call this crime, allegedly committed by an Islamophobic white-supremacist fascist terrorist, as an act of terrorism per se. Rather, many in the global fascist movement, from the US, France, Britain to India, either tried to distance themselves from the crime or used unapologetic vitriolic propaganda to justify the killings.

Though the media is claiming that Indian Prime Minister Narendra Modi has condemned the act as an act of terrorism, no words were uttered by him to criticise Islamophobia that’s driving such massive attacks on the Muslim community. Even though Indian citizens were killed in the terrorist attack, the prime minister refrained from using even any rhetoric against white-supremacist fascist terror or Islamophobia due to his compulsion to appease his hardcore Hindutva fascist vote bank. A similar approach was taken by the US despot, Donald Trump and his western allies, who showed their silent endorsement for terrorism by not criticising or condemning the ideology that has driven the maniac terrorist to commit this gruesome act.

The ghastly attacks on Muslims, killed by the US and its allies in Afghanistan, Iraq, Libya, Syria or in Yemen, aren’t seen as acts of terrorism by the mainstream media and the narrative regarding such killings have been an endorsing one, where public opinion is created to support the imperialist war machinery to drop more Daisy Cutters on the hapless Muslim men, women and children in market-unfriendly economies as they are projected as either war against terrorism or as war of freedom and democracy. Imperialist aggression, hate crime and massacres are so much legitimised by the mainstream narrative that the non-Muslim population would forget taking any note about the deaths of Muslims due to hate crime, lynchings, terror attacks or imperialist attacks.

When a white-supremacist fascist terrorist will bomb or shoot people, including Muslims in any country of the world, they will be shown as fringe, mentally unstable or criminal elements whose views aren’t endorsed by the majority of white people. No pundits or rabble-rousers would ask the white people to condemn the killings committed by one of their own as a community to show their opposition to terrorism because such crimes, generally called hate crimes, are considered as fringe, lonewolf attacks with no connection with terrorism. No one will even bother to call such a mass murderer — a terrorist — to avoid opening a can full of worms.

However, whenever a fringe, mentally unstable or hardcore criminal Muslim kills people in the name of his or her religion, which itself has thousands of interpretations and is divided into numerous sects and subsects who differ on thousands of things, the blot of terrorism will be on the whole community by default. Each and every Muslim will be asked to condemn terrorism to show their opposition to the behaviour of the fringe. The press, the white and other Islamophobic governments, the police and intelligence networks, etc, will not consider such terrorist acts as an act of the fringe or committed by those who don’t represent the majority of the Muslim community. In countries of the west and in Asian countries like India, the state’s witch hunt targeting Muslims will intensify and a state-sponsored Islamophobic discrimination policy will be adopted.

If only the tables were turned and the perpetrators of the Christchurch massacre were Muslims and the victims were white Christians praying at a chapel, then the narrative would have been a hysteric one with more demands to curb the problem of “Islamic” terror or ban Muslims from immigrating to “white” countries raised by those who’d sneak into their safe chambers when the white terrorists attack the Muslims anywhere on earth.

This hypocrisy is an integral form of the modern crisis-ridden imperialism ruling the world with an iron fist at the eve of its total collapse due to people’s resistance struggle. This hypocrisy is the weapon to drive a wedge between the people and thereby justify brutal violence, massacres and macabre atrocities on one section of the population by the other, which is the modus operandi of the US imperialism-led global imperialism to retain its global hegemony.

The hypocritic and vitriolic propaganda to stereotype the Muslims as terrorists by the mainstream corporate-funded media and the pro-imperialist alternative rightwing media created enough toxicity globally. It has not only justified brutal imperialist aggression on Muslim-majority countries but it has also inspired numerous white supremacist fascists, Zionist fascists or Hindutva fascist terrorists to launch terror campaigns targeting Muslims. More Muslims have been killed in these so-called “Islamic” terror globally vis-a-vis any other community members, which itself shows how hollow the “Islamic jihad” theory propounded by the US imperialism and its lackeys like Zionist Israel or Hindutva fascist India is in reality.