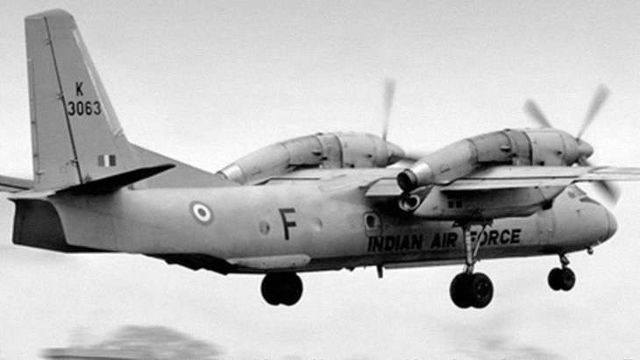 Another Soviet-made AN-32 transport plane carrying 13 persons onboard went missing from Arunachal Pradesh 33 minutes after taking off from Jorhat in Assam on Monday, 3 June 2019. The aircraft was headed for Menchuka in Arunachal Pradesh, near the Chinese border. Though a massive search operation has been launched by the Indian Air Force (IAF), Indian Navy and the ISRO to trace the plane or its wreckage, as it’s feared that the plane crashed in Arunachal Pradesh’s Shi Yomi district, nothing could be traced by the search teams. Earlier, in 2016, another AN-32 aircraft vanished after taking off for Port Blair from Tambaram Air Force Station in Chennai. The plane had 29 people on-boards and neither the wreckage of the plane nor the bodies of the victims were ever recovered. The fate of the 13, who were travelling in the Soviet-era transport plane, doesn’t look different.

When Prime Minister Narendra Modi’s government, which won a landslide victory in the recent general election riding on the chariot of hypernationalism and military worship, shows absolute apathy to the same military after using the institution and optics connected with it to win elections, the hollowness of the ruling Bharatiya Janata Party’s (BJP) patriotism gets exposed. The Hindutva fascist Rashtriya Swayamsevak Sangh (RSS), the mentor of the BJP and the ideological guide of the Modi regime, has always played a dubious role regarding soldiers. The Modi regime and the BJP are merely replicating the RSS’s strategy of using military prowess to captivate the susceptible Hindu voters while ignoring the plight of soldiers in real.

Even after making tall claims regarding the Indian military establishment and its so-called growing capabilities during his election campaigns, the Modi regime and its new Defence Minister Rajnath Singh can’t even trace a missing plane in more than four days. This failure is not a failure of the technology deployed or the failure of the IAF, rather the failure of a highly-marketed government, which actually gets into a bamboozled stage when faced with military exigencies. Though Modi and his sycophants have been successful in hiding the fact that it was Indian missiles that shot down one of the IAF’s helicopters in Budgam the day when the Pakistani Airforce raided Indian territory in retaliation of India’s stunt of “surgical strike” in Balakote, they can’t be always successful in hiding their failures and incapabilities in managing the state’s apparatus using pure rhetoric for long.

The 13 people onboard the AN-32 plane travelling to Arunachal Pradesh can’t also go into the oblivion just because the Indian state and the Modi regime want to cover up their sheer failure in tracing the wreckage of a plane when it calls itself the owner of high-grade technologies. The Modi regime’s failure in valuing the lives of the men who are used to garner votes for the saffron party, whose coffins and blood are used to stoke hyper-chauvinist feelings among the Islamophobic upper-caste Hindu elites and middle class, shows how sham the saffron camp’s love for soldiers is.

For the sake of the men on-board the AN-32, a nationwide demand must be raised by those very people who have thought that the BJP will elevate the status and honour of the military establishment. If only allowing the military establishment to carry on macabre atrocities, violence and bloodshed in Kashmir to colonise its people is called “nationalism” and covering up of incidents like shooting down one’s own helicopter and then deceiving the family members of the deceased by peddling lies or showing a lacklustre attitude over two missing planes are acceptable standards of “patriotism”, then India seriously needs to rethink what these concepts are and what purpose do they serve.