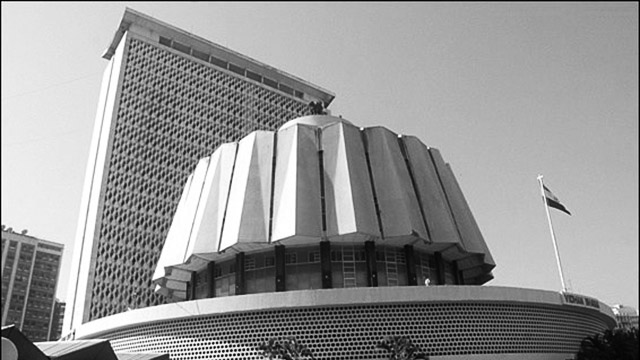 The recommendation of a President’s Rule in Maharashtra by Governor Bhagat Singh Koshyari followed by the Union cabinet’s nod ended the political drama that remained the second most-discussed topic in Indian political sphere after the Ayodhya verdict in recent days. What made the President’s rule inevitable was the Bharatiya Janata Party’s (BJP) inability to strike a deal with its estranged ally Shiv Sena, as the latter went to the rival Nationalist Congress Party (NCP) and the Congress party to forge an unlikely alliance and form a government.

Now that the President’s rule is imposed in the state after 20 days of the poll results, the opposition parties are crying foul as the BJP got three days from Koshyari to form a government but the other parties, including the Shiv Sena, could only get a day’s time. The bias of the Governor, the Union cabinet’s hurried decision and the President’s assent show that the BJP didn’t want to give any time to the opposition forces to manoeuvre. As the Congress party, NCP and the Shiv Sena have locked their members of legislative assembly (MLA) in hotels to prevent the BJP from poaching them, it was meaningless for Prime Minister Narendra Modi and Home Minister Amit Shah to keep on the deal-making process.

During the period of this President’s rule, the BJP will try to intensify the poaching drive once the vigil of the Shiv Sena, NCP and the Congress will get slackened. With 105 MLAs in the assembly of 288, the BJP needs the support of 40 more MLAs. If it gets some time in hand, as the assembly remains in suspended animation for six months, the BJP can try to intensify its poaching exercise behind the glare of the press and the opposition’s foul appeal.

In that case, it may get to a position before six months to form a government with around 19 members, including the 13 independents and six from other parties like Maharashtra Navnirman Sena, Dr Vinay Kore’s Jan Surajya Shakti, Bacchu Kadu’s Prahar Janshakti Party, Rashtriya Samaj Paksha, etc, while poaching 21 MLAs with lucrative baits from the NCP, the Congress party and probably the Shiv Sena. There will be restraint within the BJP in poaching Shiv Sena MLAs, as its ideological mentor Rashtriya Swayamsevak Sangh (RSS) wouldn’t allow the party to turn a fellow Hindutva fascist outfit hostile.

Despite the RSS’s sanctions, the BJP would try to corner the Shiv Sena so that Uddhav Thackrey gives up on the demand for the chief minister’s seat for the party. The pressure on the Shiv Sena will eventually either force the Thackrey clan to accept the diktat of the big brother, or it may split the party with MLAs switching to the BJP. In either case, the Shiv Sena will be severely weakened in its stronghold of Maharashtra and merely become an appendage of the BJP. The Thackrey clan knows this and they wouldn’t dare dilapidate their own party to appease the BJP’s hunger, despite being a Hindutva fascist ally.

However, at the same time, if the Shiv Sena manages to strike an alliance with the NCP and the Congress, cajoling both to shed their so-called “secular” facade to express their Brahminical self, the BJP may re-do a Jammu & Kashmir exercise by not allowing the assembly to take a shape and dissolve it through Koshyari. Even if a government is formed with the Shiv Sena’s chief minister riding the pillion of the NCP and the Congress, the alliance will face severe discontent from within, as neither these parties can share power peacefully with each other nor can they tolerate any of them having political aggrandizement at the cost of another. Moreover, the Congress party, which has a political future outside Maharashtra, unlike the Shiv Sena or the NCP, wouldn’t think of jeopardising its future prospects in Jharkhand, Delhi and Bihar.

As all possibilities will lead to the BJP forming a government either through intimidating the Shiv Sena or by resorting to blatant poaching drive, through Shah’s signature horse-trading campaigns, it’s easily fathomable that the President’s rule will help the party to retain its stronghold under its dominion. The Union government’s seal on the decision to keep the other forces out of the power game proves it that the BJP won’t let any other combination to rule any politically-crucial state, till the time the Modi regime reigns in New Delhi.