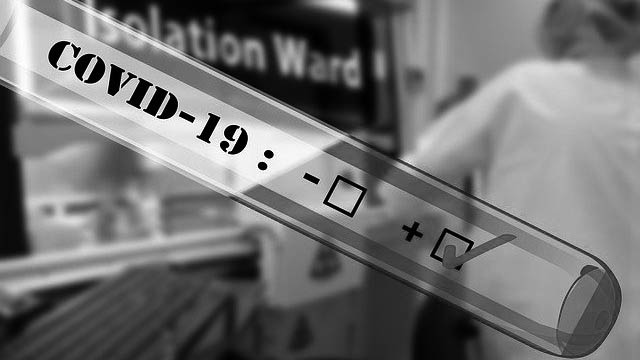 As of now more than 105 confirmed cases of Coronavirus (COVID-19) infection in India, the threat of the disease spreading fast and multiplying the number of victims is looming large on the country as it struggles with a dilapidated public healthcare service and inadequate testing infrastructure. The World Health Organisation has declared the COVID-19 outbreak a global pandemic. It’s just a matter of time that the disease will have its community transmission, ie, it will spread to those who haven’t visited the affected countries or came in contact with anyone infected with the virus. The question is how soon or whether the COVID-19 will become an epidemic in India?

Any transmissible lethal disease has four stages of development, first stage is importing the virus from the affected zones, number two is transmitting the disease locally, number three is community transmission and the fourth and final stage is epidemic blistering of the disease. Right now India is in the second stage and the COVID-19 transmission has a unique class character. The COVID-19 infection in India has been so far limited to those who returned from the affected countries, which keeps it limited to the upper-caste elite and urban upper-middle class blocks, and also those who came in contact with the infected, like the bus driver in Jaipur who ferried the Italian tourists infected with COVID-19. The COVID-19 can be prevented from becoming an epidemic by quarantining the class groups within which it has been prevalent because it won’t become a threat unless it reaches the community transmission stage, which will become a disaster for India where the public healthcare is at a dilapidated state and only 56 laboratories with a capacity of 6,000 tests a day will be available to 1.3 billion people.

Can the COVID-19 reach to the third, ie, the community transmission stage, in India? The answer to the question is positive. It can very well do that and the reason behind this will be not only the laxity of the government but also the unique class-caste divisions of the society that will lead to the virus, which has so far impacted the rich and upper-middle class blocks, to transmit to the poorer sections. It will be a nightmare for the country if this happens.

On the government’s part, it’s clearly visible how its unpreparedness and lack of investment in public healthcare has left more people vulnerable, especially at the bottom of the socio-economic pyramid. Prime Minister Narendra Modi’s government withdrew the announcement of Rs 400,000 compensation to the kin of COVID-19 victims and even declared that it will not bear the cost of the treatment for the virus. When countries like China have got control over the epidemic using public healthcare, the Modi regime’s attempt to push people to seek treatment from private operators speaks volume about how it’s in cahoots with big corporate-controlled healthcare space and allowing them to profiteer from a crisis.

Though people from the elite and the upper-middle class sections are the primary victims of the COVID-19 in India, due to their travelling to affected countries, the people who work for them at their homes or localities are vulnerable to be infected too. For example, the rich and urban middle class people can’t do without domestic workers, who belong to poor families who can’t afford private healthcare services. Also, the garbages, which generally contain the trashed items used by the COVID-19 patients, will be manually handled by poor dalits due to caste-specific professions in India. This will make them vulnerable to infection and threaten a community outbreak.

To prevent the mass epidemic from causing fatalities, and ruining the lives of the poor, it’s imperative that the government must invest heavily in India’s public healthcare infrastructure and increase the availability of proactive preventive mechanism to safeguard the poor and the downtrodden people. At a time when the panic buying of hand sanitizers and masks helped black marketers to mint profit, even though the disease is limited to the higher echelons, the outbreak on a community scale will fuel more black marketing and crisis exploitation by capitalists. It’s hence the omnipotence of public healthcare services and preventive mechanisms that can safeguard the poor at the grassroots from COVID-19 and stop it from reaching the community transmission stage. However, whether the Modi regime will take this challenge seriously and do something substantial is the question.