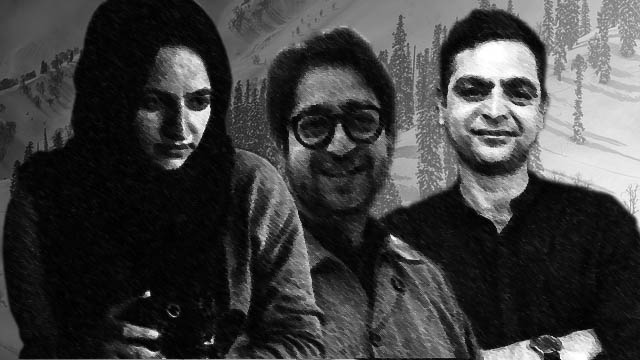 The Jammu & Kashmir Police is on an FIR-filing spree to intimidate the handful of journalists in the valley who are still narrating Kashmir’s stories to the world without following the Indian government’s template. After filing an open FIR against Peerzada Ashiq, a Srinagar-based special correspondent of The Hindu for one of his reports, the Jammu & Kashmir Police slapped renowned 26-year-old photojournalist Masrat Zahra with the draconian Unlawful Activities (Prevention) Act (UAPA) for posting on Facebook. Another journalist and author Gowhar Gilani has been booked by the police for allegedly “glorifying terrorism in Kashmir”.

“Cyber Police Station received information through reliable sources that one Facebook user namely Masrat Zahra is uploading anti-national posts … Facebook user is also believed to be uploading photographs which can provoke the public to disturb law and order. The user is also uploading posts that tantamount to glorify anti-national activities and dent image of law enforcing agencies besides causing disaffection against the country,” the Jammu & Kashmir Police said about Zahra’s case. The police alleged that Zahra’s post violated Section 13 of the UAPA.

The Jammu & Kashmir Police didn’t clarify why they didn’t cite the fact that Zahra is a photojournalist in the report. The photographs that the police found objectionable enough to book Zahra under the UAPA had been earlier published by renowned media houses of the world. Then, who cares in Kashmir?

Ashiq had been repeatedly questioned over the story, which the Jammu & Kashmir Police called “fake news”, alleging that it could cause disturbance. The police didn’t clarify regarding the exact sections of the law that Ashiq’s story purportedly violated and what charges are brought against him. But the intimidation is surely a sign that the Jammu & Kashmir Police and the government want to close even the narrow gap in the window of Kashmir, through which some news, highly censored though, went to the outer world.

On August 5th 2019, the former princely kingdom of Jammu & Kashmir was formally annexed by India and bifurcated into two union territories. New Delhi clamped down on the limited rights that the people of Kashmir had. The Kashmiris have been locked up in their homes with their telephone lines, mobile phones and internet snapped. Kashmir reeled under this lockdown for nearly six months and still, there is no 4G internet connection the valley, despite the outbreak of Coronavirus (COVID-19) pandemic, which is causing serious inconvenience for the doctors.

Since then, the Kashmiri press has been virtually routed out. A few of the local dailies are still published, though with highly censored content. The stories of the Kashmiri people’s plight and their agony, which was broadcasted by a few international mainstream media outlets, irked Prime Minister Narendra Modi’s government. Following the diktat of the Modi regime, the Jammu & Kashmir Police is carrying out a witch-hunt against journalists, authors, etc, who can shape opinion. Ashiq, Zahra and Geelani fit the bill.

The news of booking Zahra under UAPA troubled the human rights groups. The Amnesty International has slammed Zahra’s arrest. The Editor’s Guild has also condemned the police’s high-handedness against the journalists working in the valley and asked the government to drop the charges. Some also dug out the old tweets by Jammu & Kashmir Police’s cyber wing chief Tahir Ashraf and Srinagar deputy commissioner Shahid Iqbal Choudhary, where they criticised Modi for his role in the 2002 Gujarat pogrom and opposed mob lynching respectively, to cause them ignominy.

It’s unlikely that the Modi regime will heed to the demands of different human rights organisations and the Editor’s Guild. It will simply intensify its oppression on the Kashmiri people knowing well that the fear of COVID-19 pandemic will prevent mass protests on the streets. Utilising the scope provided by the lockdown, the Jammu & Kashmir Police will continue to crack the whip on many more journalists and intellectuals. The Modi regime’s ultimate objective is to suppress dissent and force Kashmiris to exhibit obeisance towards New Delhi. But if New Delhi had ever understood the nerves of Kashmir, it would have known that it’s impossible to subjugate the indomitable Kashmiri spirit using brute force.