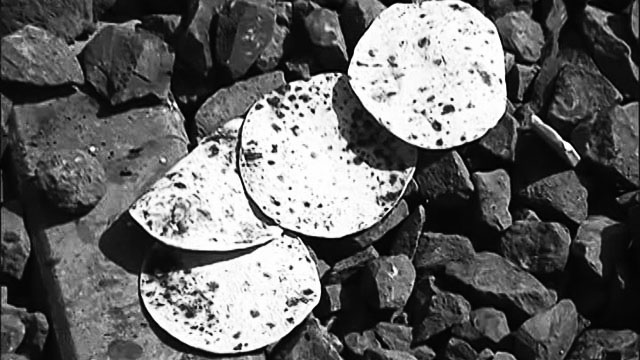 When the train dismembered their bodies, splashing blood and ripping apart their vital organs, they didn’t feel much pain; it was over in less than a second. The pain was, of course, bearable vis-à-vis the pain of dying due to starvation. The Aurangabad train accident that killed 16 “migrant workers”, who were walking to Bhusawal from Jalna to board a “Shramik Special” (workers’ special) train to return to Madhya Pradesh, created an uproar and ignominy for Prime Minister Narendra Modi’s regime, but it liberated these 16 hapless people from the ordeal of living in utmost uncertainty in a semi-pauperised condition. All their worries washed away with their blood and flesh, splattered around the tracks. What was left were the toys, slippers and their leftover “chapatis” (Indian bread), which they probably saved for the journey ahead.

These 16 men and women, killed in the Aurangabad train accident in Maharashtra, were reduced to their class identity of “migrant workers”, expendable in a nation that’s doing everything it can to protect the big crony-comprador capitalists, the feudal landlords and upper-caste Hindu elites and middle class. Their unfortunate death on the railway track brought Modi on Twitter, the social media platform where the working class is absent, to declare that he’s pained by the incident. The Indian Railways, according to Railway Minister Piyush Goyal, will now run 300 “Shramik Special” trains every day to ferry the “migrant workers” home.

On Saturday, May 9th, a truck carrying mangoes and “migrant workers” together, overturned at Narsinghpur of Madhya Pradesh, killing five at the spot and injuring 13. These people were heading to their villages in Uttar Pradesh from Andhra Pradesh. The death of these workers, labelled as “migrants” in their own country to degrade their status and their right to demand a dignified life, isn’t going to stop with these new trains being announced. The news of this generosity didn’t reach those 16 nameless victims of the Aurangabad train accident. Their bodies – or whatever was found – have been parcelled to their native villages. Their “chapatis” that lied scattered on the train tracks, became eponymous of the tragedy that’s directly linked with the concern for food; the blood and the bread probably will make a best seller and a grand fortune for a writer.

These 16 poor people, who died due to the Aurangabad train accident on May 8th, weren’t the only victims of the inhuman lockdown imposed by the Modi regime to safeguard the interests of the rich, the super-rich and their crumb-collector urban middle class. According to data compiled by a group of scholars and students, between March 24th and May 10th 2020, 372 people have either died due to road/train accidents, dehydration or committed suicide due to financial stress. The deaths caused by Coronavirus (COVID-19) is 2,114 till May 10th. This shows that non-virus deaths are at 17.60% of the total number of virus-related deaths. According to an NGO, 30% of road accident victims during the lockdown are “migrant workers”. Now, only deaths reported in the newspapers are used in this data. This leaves the starvation and starvation-related deaths or those caused by poverty in the rural areas, which are unreported by the press.

We have our whataboutery gang knocking the door. They asked, why these “foolish” poor people were sleeping on the railway tracks? Their “nation wants to know”, whether sleeping on the tracks is justified? They won’t answer though, why these people couldn’t sleep in their homes? Why these people were frantically fleeing Jalna, where they worked in a steel plant? What forced them to sleep on the railway tracks? It’s their extreme poverty, it’s extreme helplessness and sheer apathy of a pro-rich system that forced them to sleep on the tracks and then slaughter them. People don’t go out to sleep on railway tracks out of sheer pleasure. They go there when they have nowhere else to sleep.

The loco pilot, who is also struggling to make a living, the railway workers, who are struggling against all odds, didn’t kill the 16 victims of the Aurangabad train accident. It’s rather the system, the pro-corporate, anti-poor, tyrannical system that killed them. This is an institutional murder of the poor, as part of the neo-liberal economy’s culling project, targeting the working class. But this juggernaut for the working class won’t stop at Aurangabad, rather it will continue to crush them unless they unite against it and fight back as a united class block. Until then, the ordeal shall continue unbridled.