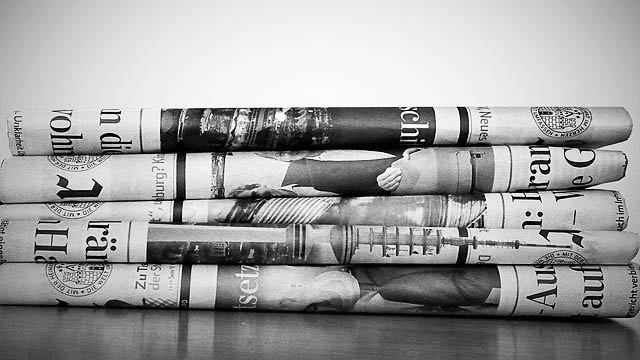 In the Indian mainstream media’s newsrooms, a macabre atrocity is committed against journalists, as the big media houses are laying-off large number of employees since April 2020 to ensure their profit margins don’t fall. The mainstream journalists –– or those who pretend to be so –– are rendered jobless and voiceless at a time when the people’s story needs to be retold to the country and the world.

Thousands of journalists are laid-off in India since the beginning of the lockdown, citing losses. However, as per independent reports, media and news consumption, especially in the online space, increased in India, due to initial disruption in newspaper circulation. Only 4% unsubscribed their hardcopies, while 29% of newspaper readers went online for news consumption.

With the COVID-19 pandemic ravaging the country and the number of infected people on constant rise, the online news outlets are visited repeatedly by people seeking information about the pandemic’s tally, the condition of hospitals and to read or view news on the lockdown norms and regulations.

Still, the media houses have been citing losses. The Times of India, India’s largest corporate-controlled media outlet, has fired numerous employees all over India and even closed several bureaus. From April 15th 2020 onwards, The Quint, a news website, has sent 45 employees to an indefinite leave.

At the same time, The Indian Express has also asked its employees to take a “temporary salary cut” from April 1st onwards. Ironically, it has itself published a content that shows how media consumption has increased manifold in India during the lockdown.

While journalists’ unions have protested against these lay-offs and pay cuts at the time of pandemic and lockdown, most of the sacked journalists couldn’t dare to speak fearing future repercussions, as they don’t want to offend their future employers by being vocal about their rights. A quintessential of post-liberalisation middle class professionalism.

As most of the Indian journalists work without proper contracts and as the Working Journalist Act, 1955, has lost its sharpness, it’s easy for the media houses to fire them. The consultant model and the reliance upon more freelancers than full-time employed journalists have made it easier for the media outlets to fire people arbitrarily.

As the media business has a negligible earning from selling news and as it depends entirely on advertisement revenues, the fall in the government’s advertisement budget and the intensifying severe global crisis of capitalism are causing immense damage to its future. At the end of the day, those so-called journalists face the axe first whose job is to “create” news to serve the “client’s” interests, selling their journalistic integrity, spine and conscience to appease the advertisers.

The crisis of capitalism has been on the rise since the last few years. The collapse of the automobile, retail, consumer goods, etc, industries due to fast-falling profit rate has affected advertisement revenues. The central government, which spends nearly Rs 15 billion per year on advertisements, especially adoring those media houses that work as its lapdog, has been suffering from a severe cash crunch. To mask this ongoing crisis, which is essentially a crisis of capitalism and won’t be fixed ever, the media outlets, like other corporate entities, have resorted to random lay-offs blaming the COVID-19.

There is only one way that fair journalism and upright journalists can be saved from this degradation and random lay-offs. It’s to take the press to the people and sell news rather than advertisements. To build that framework, the new and alternative media outlets must take the centre-stage of the industry, ousting the mainstream corporate-controlled press by exposing their dubious character before the people incessantly.

For the sake of heroic and fair journalism and journalists, it’s imperative to stress on strengthening the alternative people’s media, rather than relying on the obsolete mainstream houses and their toady lackeys of power. If such an ecosystem can be built and strengthened, the corporate-controlled mainstream media industry’s death knell will be heard loud and clear by all.