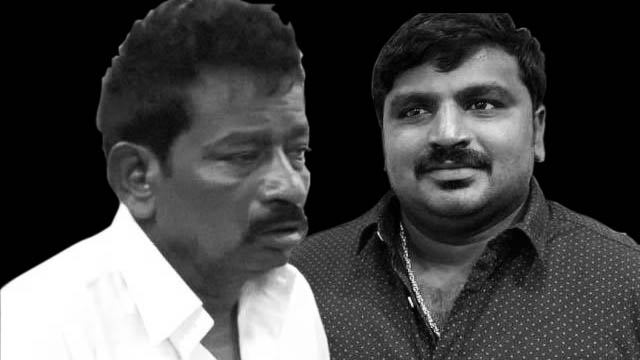 There is a probability that the Tamil Nadu government, headed by the All-India Anna Dravida Munnetra Kazhagam (AIADMK), may soon ask the Central Bureau of Investigation (CBI) to investigate the custodial death of a father-son duo in Thoothukudi district as mass unrest over the macabre incident is blistering throughout the state. P Jeyaraj (63) and his son Fenix Emmanuel (31) died due to alleged police torture and sodomisation in custody after the police accused them of violating the lockdown norms. A CBI investigation of Jeyaraj and Fenix’s custodial death will though neutralise the mass movements against police atrocities for the time being but can’t deliver justice to the victims.

For years, the Indian ruling classes have used the bait of CBI investigation to dissuade the masses from seeking justice for victims of severe crimes or brutal atrocities, like Jeyaraj and Fenix’s custodial death or other cases where the police committed extra-judicial killings. The CBI, despite being projected as a premiere investigating agency, fails to nail the real culprits in most of the cases and many of its investigations drag on for years as the agency is used by consecutive ruling parties to bully the opposition or to probe politically mala fide cases.

While cases, ranging from high-profile crimes to corruption allegations, etc, are handed over to the CBI regularly by the governments, both Union and state, the lack of manpower and expertise slow down the investigations and the cases drag on for years. Then there is a scope of diluting the cases or the charge sheets under pressure from the government or the ruling party. Massive corruption in the ranks of the CBI, which led to the factional feud between two of its top officers in recent years, proves that the agency can’t be a trustworthy name when it comes to reaching a conclusion through an objective, fair and impartial investigation.

According to a report in The New Indian Express, 65% of cases that the CBI has been probing since 2015, awaited closure in 2018. According to a 2017 report by The Indian Express, voluminous work, a large number of witnesses, a lot of investigations, etc, slow down the agency’s work. Even pleas have been filed in the Supreme Court by citizens seeking a time-bound investigation to avoid delays and mishandling of cases.

As the CBI becomes a dumping ground for the politicians, the agency’s credibility and its ability to deal with investigations continue to go downhill. There is no guarantee that any case handed over to the agency will see the light of the day. The fate of a case depends on how important it’s for the Union government, where the Bharatiya Janata Party (BJP) is perched now. The AIADMK is an unofficial ally of the BJP, hence, the latter will never allow the CBI to bring out findings that may cause ignominy for the incumbent Tamil Party.

As elections are scheduled next year, and the principal opposition party Dravida Munnetra Kazhagam (DMK) continues to organise the masses and agitate over Jeyaraj and Fenix’s custodial death, it’s unlikely that any CBI probing will do justice to the victims. To thwart the DMK and to hoodwink the masses, the CBI investigation will be a masterstroke by the AIADMK, which will have the BJP’s blessings and patronage.

In the days to come, the BJP and the AIADMK will try to fade out the gruesome killing of the father-son duo to ensure that the colonial-era police system –– of which the CBI is an integral part –– isn’t put to question. The CBI enquiry into Jeyaraj and Fenix’s custodial death will, therefore, actually help the ruling classes to safeguard the criminal enterprise of colonial-era policing and divert the people’s attention.

To avoid such a situation, the demand should be raised to change policing laws, criminalise torture, democratise the executive branch by making them accountable to the people. Until that’s done, Jeyaraj and Fenix’s custodial death will be the last one.