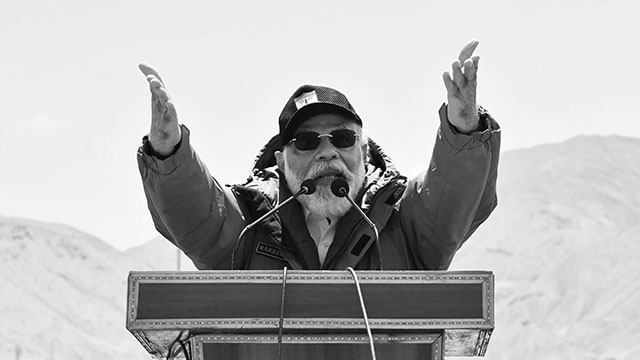 There is a hullaballoo over China in the Indian mainstream press. Almost all mainstream media outlets –– owned by big corporate houses –– have resorted to hyper-nationalist chest-thumping over the Galowan valley skirmish between Indian and Chinese soldiers on June 15th. Even though China has repeatedly clarified that it wants to de-escalate tension and improve ties with India, Prime Minister Narendra Modi’s regime, which is titillated by white-supremacist Donald Trump’s regime, isn’t doing enough to ensure peace and tranquillity at the Line of Actual Control (LAC) in Ladakh. The India-China war narrative is fuelled by the big corporate-controlled media houses to ensure that the tension escalates, and a military conflict takes place so that the American western military-industrial complex can profiteer from it.

But merely a prospective war with China, on behest of the US and its big monopoly-finance capital block that sees an imminent threat to its rotten hegemony from Beijing, isn’t the only thing in the Indian ruling class’s agenda. Like Trump, Modi also wants to conceal the total failure of his government in curbing the COVID-19 pandemic and its ill-founded agenda of forcing an “unlock” when the number of cases has spiralled, using conflict with China as a smokescreen. The total number of COVID-19 cases in India has reached 648,315, out of which 394,227 have recovered and 18,655 died.

Though India ranks fourth in the number of cumulative affected, after the US, Brazil and Russia, its death rate is quite less. Still, as there is a smaller number of testing per million vis-à-vis the infection rate, there is a big chance that India’s actual COVID-19 pandemic situation is far bigger than what it appears to be. India is already in the community-transmission stage and it’s nearly impossible now to trace contacts of infected people and quarantine all sick people. The COVID-19 crisis has reached a stage where it has exposed how vulnerable the Indian public health sector is as neo-liberal economic doctrine has robbed it of the resources and rendered it dilapidated. The Modi regime’s compulsion to use a Sinophobic jingoistic narrative amid a pandemic is driven by the same reasons that have forced Trump and his sycophants to declare a virtual war against China, blaming the latter for the COVID-19 pandemic.

Now, apart from fuelling large-scale terroristic secessionist demonstrations in Hong Kong, which the US and its western allies –– especially Britain –– want to annex and colonise, the Trump regime is also sending warships to the South China Sea and cajoling its military colonies like Taiwan, Japan, Philippines, etc, to join its anti-China war efforts. India is given the charge of the western front by Washington, and it’s expected that before the presidential polls scheduled in November this year, the Modi regime will be launching a limited military skirmish with China, violating the 1996 and 2006 agreements.

Such a military skirmish will be projected as Modi’s purported victory against China without any substantial evidence. Though the much-hyped “Balakote surgical strike” model won’t work with China, but with Mike Pompeo, Trump’s lapdog secretary of state, raising the pitch of Sinophobic ranting, the Modi regime may, under the influence of the crisis-ridden American deep-state, take an adventurist step against China, without taking into consideration other important factors. Such adventurism will jeopardise not only India’s security, the lives of its people, but also substantially damage its economy beyond repair.

But neither India’s mainstream press nor India’s mainstream parliamentary opposition has raised the concern for peace. As these entities are also deeply influenced by the US monopoly-finance capital and work untiringly to appease Washington DC and Wall Street, it’s found that they have been instigating the government to take adventurist step against China. Though the Modi regime has shown maximum restraint and maturity in dealing with the situation and didn’t take any adventurist measure until now, in case it gives in to the US demand and opposition’s enticement, there will be little left for the country’s people.

In case Modi takes any adventurist step, eyeing the Bihar and West Bengal assembly elections, then a large-scale narrative-building exercise will be undertaken by the Sangh conglomerate and that will portray Modi as a hero, rendering the opposition baffled and disarrayed. By instigating the government for a war with China and not critically analysing the government’s failures, the opposition is exemplifying how strongly the US commands allegiance cutting across party affiliations in Indian politics. This subservience should be combatted and uprooted to ensure fascism is defeated in reality.