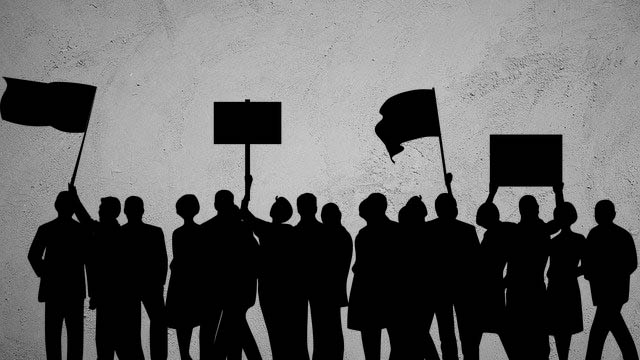 After a long time, West Bengal observed overwhelming participation of the common people in a strike called by the trade unions against the anti-people policies of Prime Minister Narendra Modi’s government. Even at the burgeoning bastions of the Bharatiya Janata Party (BJP) of Modi, the effect of the November 26th general strike was strongly visible.

While Chief Minister Mamata Banerjee’s ruling Trinamool Congress (TMC) officially didn’t oppose the strike actively, however, by using its state machinery and intimidation tactics, it tried breaking the strike in West Bengal. Still, the strike had an overall positive impact.

The November 26th general strike by the central trade unions (CTUs) got a shot in the arm as the farmers from Haryana, Punjab, Rajasthan, Uttar Pradesh, descended on New Delhi to lay a siege of the city. Defying the barricades erected by the Haryana Police and Delhi Police, the farmers’ Dilli Chalo rally––march to Delhi––braving water cannons, tear gas shells and brutal atrocities, marched ahead.

The CTUs included the demand to repeal the anti-farmer agriculture bills and to ensure Rs 7,500 transfer to all non-taxpaying families, especially the farmers. The farmers gave a clarion call that they may continue to stay in Delhi for more than six months if their demands aren’t met. This unprecedented solidarity struggle of the working class and the farmers became a benchmark for all future struggles.

Now that the opposition forces, including the Congress party and the parliamentary so-called “left” outfits, have started gloating over the success of the all-India strike, especially in a crucial state like West Bengal that is poll-bound, it’s imperative to ask them, what’s next? How the spontaneous participation of the masses in the November 26th general strike can be translated into bigger anti-fascist struggles?

Clearly, the parliamentary “left” has no such vision, rather the bigger partner, Communist Party of India (Marxist) [CPI(M)] is busy in developing strategies to topple Banerjee’s TMC’s tyrannical rule, even if it brings the BJP to power in the state. This disastrous policy shifted a huge chunk of voters to the BJP’s fold, as visible from the 2019 Lok Sabha election performance of the CPI(M).

Therefore, despite successfully striking against the BJP, there remains a lacuna in the political thoughts of the parliamentary left and the Congress party due to their lacklustre attitude regarding fascism and the haphazard juxtaposition of opportunist political ideological lines. This will hinder them from acting smartly and independently in countering fascism. In case the outcome of the November 26th general strike needs to be capitalised upon, then it’s essential to take the people to the streets and keep the protests alive.

Despite the farmers’ and workers’ uproar, the BJP and the Modi regime will remain indifferent towards the plight of the people and won’t mend its ways. The nonchalant attitude of the Modi regime and the BJP can be countered by arousing the people against these inactive opportunists and keeping them engaged through political movements that not only aim at forcing the government to concede demands but to also form an alternative power bloc to resist fascist aggression.

The more people, especially the working class and the farmers, hit the streets against the pro-corporate draconian policies of the Modi regime and its blatant sell-out of national resources to big corporate houses, the more politically these classes can be equipped with. The real progressive, democratic and anti-fascist forces shouldn’t tail the parliamentary opportunist left and their messiah, the arch-reactionary Congress party, rather utilise each opportunity to politically arouse and mobilise the masses to fight for democracy, freedom and to defeat fascism.

The November 26th general strike taught a lesson. The Hindutva fascist brigade is a paper tiger when it comes to the general struggle of the masses against it. The farmers’ rally and their assertion of power and resolution in Delhi, Haryana, etc, proves that the BJP isn’t an omnipotent force before the people’s struggle. The broader the base will be, the more people can be brought in these struggles, the faster things will start changing. This should be the bird’s eye for all anti-fascist forces now.