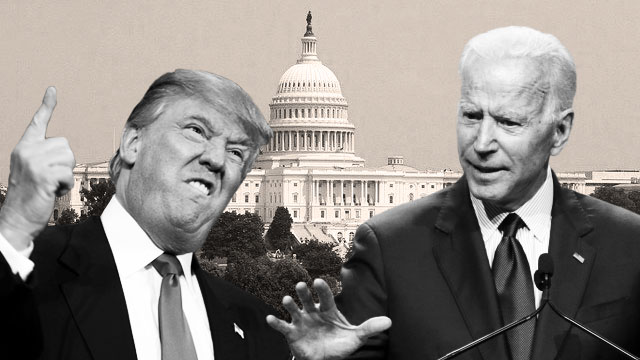 The race for White House between the incumbent American President Donald Trump and his key Democrat challenger Joe Biden has reached a sensational spot as a narrow margin continues to provide fodder to the corporate-controlled press all over the world. Whether Trump or Biden makes it will be known when the US election results will be finally out, however, until then the pundits will predict outcomes, the political character of different states and the policies of both camps. But how does that matter to the world?

For the people of Asia, Africa and Latin America, the US election results have only one deep implying meaning, how many people will the new tyrant kill? How many bombs and missiles will he drop on Asia, Africa and Latin America to either export “democracy” and “freedom” or to fight “terrorism” or “tyranny”? For the rest, it may be about opportunities, about one set of corporations getting preference vis-à-vis another or one set of capitalists making more money than another.

Trump has been the most vilified president in the history of the US due to his unapologetic hate-mongering, subscription to white-supremacist ideology, blatant Islamophobic ranting and muddled foreign policies. He is demonised as an anti-thesis of what a “saintly” American president should be.

Often compared with his predecessor Barack Obama, who won a Nobel Peace Prize for dropping three bombs an hour during his presidency on countries he had never seen and whose names he can’t spell or pronounce, alike his predecessor George W Bush, Trump is mocked as a “dangerous man” by his detractors. But so far, as data shows, the Trump regime has bombed fewer bombs vis-à-vis Obama’s “reign of peace and progress”.

Since coming to power in January 2017, the maniac white-supremacist fired around 52 missiles targeting Syria, doing a volte-face regarding his promise to disengage from the Middle East country, tried a coup in Venezuela, carried out drone attacks in Afghanistan that killed around 100, killed an Iranian general in Iraq and participated in other such actions globally. But it’s still far less than what Obama and his war-monger lackey Biden did in Afghanistan, Iraq, Libya and Syria for years.

Trump was scared of losing the support of his core voter base that wants him to carry out a proxy war with China and, therefore, save the military resources for that purpose. He also had to follow a protectionist policy to reverse America’s love for globalisation, which the World Trade Organization has been promoting since its inception. He brought the US at the verge of a war with Iran and Democratic People’s Republic of Korea but later became the first American president to engage with Pyongyang. This was indeed a positive move.

The divisive policies of Trump, his unequivocal support to white-supremacist fascism at home and Zionist terrorism in the occupied Palestinian territory abroad, made him a reviled figure globally, but were his predecessors better than him? For decades, since the second world war, Washington DC has, through its incessant macabre massacres around the world, killed more people than all imperialist powers together. Trump isn’t solely responsible for that; he, rather killed far less than his predecessors. He didn’t launch a new war anywhere as well.

If the US election results tilt towards Trump, the world will see wars, military provocations, coups and brutal massacres in Asia, Africa and Latin America by the US imperialism or its proxies, especially a war with China with the help of the Quad alliance of Australia, Japan, India and the US. If the US election results tilt towards Biden, the world will see more sophisticated massacres, destructions with a Nobel Peace Prize awarded to him for such deeds.

The American deep state is in trouble over Trump’s unapologetic fascist attitude, as it wants to use the best cosmetics to conceal the grotesque face of the self-styled “world’s largest democracy”. Thus, it needs suave monsters. That’s why most corporate media entities are showing hysteric reactions against Trump and cheering for Biden as the US election results show the latter staying ahead.

For those who identify themselves as democratic, progressive and anti-fascist, must know that whatever be the US election results, whoever may win it, the US imperialism will survive. The struggle for a better world can’t depend on the US election results as no US president will bring the world peace, bread and freedom from tyranny, but will aggravate the problems further. It’s the common people, who can change the world.