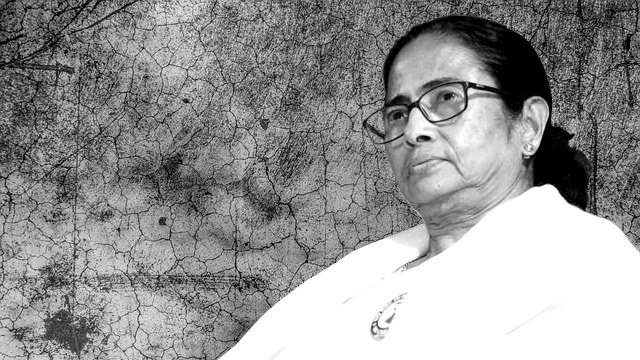 As West Bengal Assembly elections are around the corner, the season of lies has bamboozled the common people of the state. The warring majors, the state’s ruling Trinamool Congress (TMC) and its underdog challenger, Prime Minister Narendra Modi’s Bharatiya Janata Party (BJP), have been trading barbs over everything under the sun and both camps have been peddling sheer lies to hoodwink voters by appealing to their immediate insecurities. The citizenship issue is one of them.

Recently, in two consecutive rallies in Bolpur, Birbhum district, the BJP’s former president, Union Home Minister Amit Shah, and West Bengal Chief Minister Mamata Bandopadhyay peddled lies regarding the citizenship issue. In both cases, the two stalwarts of the warring camps concealed facts from the people and tried to misguide the masses.

Shah, while addressing the media in Bolpur, after his “mega rally” on Sunday, December 20th, claimed that the Rules of the Citizenship (Amendment) Act, 2019 (CAA 2019), which is dangled by the BJP before the non-Muslim Bengali refugee voters from Bangladesh as bait, will be publicised after the COVID-19 vaccination starts in India, and there has been no date to start the National Register of Indian Citizens (NRC).

Bandopadhyay, while taking on the BJP during her mega roadshow rally in Bolpur on December 28th, asked the people to not fear the NRC—a programme that will disenfranchise millions and strip them of their citizenship rights—as she will take care of them. She asked people to have their names enrolled in the voters’ list. This way she tried to dilute the serious citizenship issue.

Though many would feel reassured, by drawing an analogy from the statements of Shah and Bandopadhyay, that the NRC exercise is stalled, in reality, the threat is more imminent than ever. The publicising of the Rules of the CAA 2019 has no links with the NRC exercise. The lies of Shah on the Rules of the CAA 2019 is busted here. Similarly, in this article, it’s stated why the state governments can’t have a say in the NRC or the citizenship issue.

By claiming that she will ensure no one gets thrown out of the country, Bandopadhyay exposed her political hypocrisy once more. The NRC exercise is mandated by the Citizenship (Amendment) Act, 2003 (CAA 2003), which was passed by BJP’s Atal Bihari Vajpayee-led National Democratic Alliance (NDA) government in December 2003 and enacted by the Congress party‘s Dr Manmohan Singh-led United Progressive Alliance (UPA) government in December 2004. While Bandopadhyay was a part of the NDA in 2003, the parliamentary left was the second-largest bloc in the UPA in December 2004. Thus, all these parties have jointly enacted the dangerous CAA 2003.

Moreover, it was Bandopadhyay, who once vehemently accused the then ruling left in West Bengal of helping the “Bangladeshi infiltrators” in getting voter rights. She was a part of the NDA then. The UPA and the left unleashed police violence on the hapless Bengali-speaking refugees using the “illegal migrant” clause in the CAA 2003.

Bandopadhyay didn’t support the refugees despite opposing the left regime on several issues. She suddenly has started behaving in a way that exhibits an apparent astonishment regarding the NRC. Now, when on the one hand, she is claiming that the Matua refugees are “Indian citizens”, despite the law stating otherwise, and on the other hand, she is asking people to have their names enlisted in the voters’ list to stay secure, she is befooling the people.

Behind the CAA 2003, there is a narrative—set by the Congress party’s strategist and former president late Pranab Mukherjee—that a large number of “illegal migrants” from Bangladesh are settling in India for various reasons and have become voters through fraudulent means. That’s why to “weed them out” the NRC was proposed. Legally, the NRC card will be the only valid citizenship document of an Indian. That’s why the Indian law doesn’t guarantee citizenship if someone’s name is featured in the voters’ list.

India’s citizenship issue is a complex one and repealing the CAA 2019 won’t resolve the impasse. To prevent the disenfranchisement of millions, it’s essential to repeal the CAA 2003, the CAA 1987 and the Foreigner’s Act, 1946, along with the scrapping of the biometric-based Aadhaar ID system. For this, a constructive, pro-people citizenship law must be enacted, which will guarantee the citizenship of all Indians unconditionally and indiscriminately. Rather than raising the demand for a new law that will resolve the citizenship issue, Bandopadhyay is helping the BJP with her hollow claims.