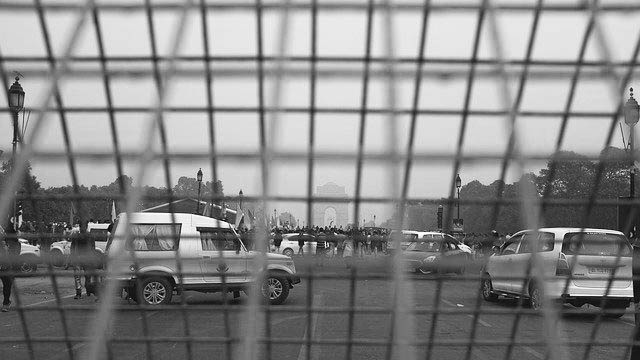 As India experienced its largest, spontaneous and vigorous nationwide strike ever during the December 8th Bharat Bandh (all-India general strike) called by the farmers agitating against the three anti-farmer laws enacted by Prime Minister Narendra Modi’s regime, the ruling Bharatiya Janata Party (BJP) faced one of the strongest challenges to its political hegemony due to the unprecedented siege of the capital city and the people’s support enjoyed by the strike. Despite all intimidation, vilification—including labelling the movement as “Khalistani” and Pakistan-sponsored—baits and attempts to hoodwink the farmers, the BJP couldn’t cajole the farmers to withdraw their movement and, therefore, faced an ignominious situation that’s unprecedented in the last six years and six months of Modi’s sclerotic rule.

This December 8th Bharat Bandh, which took place weeks after the historic strike against the Modi regime’s anti-worker policies and farm reforms by the working class on November 26th, saw spontaneous participation of the masses in making it successful and overwhelming. In states like Andhra Pradesh, Assam, Bihar, Chhattisgarh, Gujarat, Haryana, Karnataka, Kerala, Maharashtra, Odisha, Punjab, Rajasthan, Telangana and West Bengal, this December 8th Bharat Bandh saw a massive response and the state appeared helpless in front of the mass outburst of people’s emotions. The Bharat Bandh had mixed reactions in other states and in the metro cities it had less impact.

Amid the hullaballoo, the BJP itself called a “strike” in northern parts of West Bengal on the same day due to a scuffle with the state police on December 7th during the party’s march to the mini secretariat. It’s for the first time a political entity called a strike on the same day when a strike is called against it by others, to score brownie points, but cheaply. Though the BJP’s call for a strike was negated by the people, the December 8th Bharat Bandh by the farmers was observed to-to throughout West Bengal. After years, for the sake of its own existence, the ruling Trinamool Congress (TMC) didn’t apply force to prevent the strikers from observing the strike. This volte-face by the TMC to appease and hoodwink the farmers surprised many.

Though the impact of the December 8th Bharat Bandh was less in the metro cities, the narrative created by the optics of farmers’ protest against the Modi regime shattered the hallo of invincibility that the BJP has been creating to demand obeisance from the downtrodden masses. The Modi regime’s compulsion to engage with the agitators, its attempts to woo the farmers with lucrative baits and its endless, conclusion-less discussions with different factions of the agitating farmers, show how crisis-ridden it has become due to one major farmer movement. If the working class’s strike struggle could be expanded during the same period, it would’ve put the regime into a sheer crisis mode it could never get out of.

The farmers’ December 8th Bharat Bandh once more justified rebellion against injustice. As India’s democracy is a top-down dressing over a highly feudal society with zero constitutional morality, where the government is feared and edified, rather than questioned due to no development of democratic consciousness, it’s a good optics that the people are believing that protests, democratic resistance, and perseverance can force the government to change its stance or the government itself can be changed through democratic movements. The lessons from the successful Bharat Bandh will encourage other toiling masses to resist the neoliberal economy’s aggression against their lives and livelihood through their organised movements.

So far, it has been Europe where major democratic movements to overthrow tyrannical and corrupt regimes took place. It was Latin America where people braved the bullets of the state to take to the street to protest against the anti-people regimes; even neighbouring Nepal had a bigger pro-democratic movement, which led to the formation of a republic out of a repressive monarchy. It’s time India must take the centre-stage by becoming a pioneer in remarkable and inspiring democratic people’s struggle for a total transformation of economy and polity. Rather than fearing and showing obeisance towards the government, the poor must question it, hold it accountable and fight to change it. The December 8th Bharat Bandh by farmers played a crucial role in moulding public opinion in this regard. The farmers’ victory in this movement will inevitably dig the grave of Modi’s fascist regime.