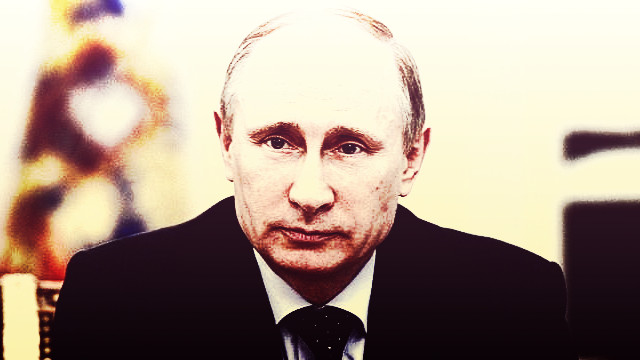 The inevitable and well-predicted result of the Russian presidential election didn’t surprise anyone, as Vladimir Putin won another six-year term to rule the country that he is ruling since 2000 and reviving as a big imperial contender of the US-led Western imperialist bloc. With more than 76 per cent votes cast in his favour, Putin is all set to run the country until 2024, when he will turn 72, and most likely, following the footsteps of his idol, the late Soviet leader Yuri Andropov, Putin will continue ruling the neo-Tsarist Russian empire until he is alive. The Soviet KGB agent-turned-power broker-turned-politician-turned-Russian President is reluctant to relinquish power and there is no successor, whom he has mentored so far to pass on the baton in case he needs to quit. The entire United Russia Party, a conglomeration of Russian oligarchs, big capitalists, white-supremacist and Islamophobic racists and anti-communist imperialist politicians, stands over the foundation of a cult called Vladimir Putin, who would oppose the socialist principles and Marxist-Leninist ideology that drove the Soviet Union until 1956 as an evil, while, at the same time, exploit the people’s support and love for the Soviet past, the socialist achievements and glory with an aim to usurp their credit at present.

Apart from Vladimir Putin, no other candidates could create a mass-support for themselves, not even the Communist Party of Russian Federation, which supported Pavel Grudinin against Putin this year after Gennady Zyuganov didn’t want to stand against Putin this time and lose once again. Zyuganov, a Putin puppet, had been incessantly losing presidential elections since 1996. His replacement Grudinin could only muster 12 per cent of the votes and became the first runner-up to President-elect Putin. The Communist Party of Russian Federation has for the first time slid to the sub-15 per cent bloc in the history of its existence since the collapse of the Soviet Union in 1991. The reason the CPRF fails to garner any support from the people despite promising the roll-back of “most of the capitalist evils” in the Russian Federation is because of the party’s dependence on the nostalgia of the Soviet Union, lack of connection with the youth, no clear ideological difference with the great-nation chauvinist Russian neo-Tsars and a strong inclination towards opportunism and revisionism, despite negating Khrushchev’s ulterior propaganda against Stalin.

Vladimir Putin has carefully resurrected the spirit of a died-down Russian imperialism, which suffered a big blow with the fall of the Soviet Union. Between 1956 to 1986, the Russian neo-Tsars under the banner of the Soviet Union turned the Soviet state and the communist party into fascist organs of oppression and transformed the world’s first socialist state into a “social-imperialist” state that attacked and aggressed upon the territories of other countries, including fraternal socialist countries like East Germany and Czechoslovakia to dominate them and establish its own military hegemony in Europe as well as in Asia-Africa-South America. The Soviet Union established numerous client states and satellite states throughout the world and carried out its neo-colonial exploitative rule throughout the peak days of the “Cold War” – a military race between the Soviet Union and the US to occupy and redivide the world.

With his KGB credentials, Vladimir Putin was able to ditch all the pro-Western and pro-Yeltsin oligarchs to usurp power in 2000 and then use his own power to wrest control over everything. With a group of old KGB-loyalists and turn-coat oligarchs, Putin revived the cold Russian economy in the years between 2000-08 by using the state-owned Gazprom as the trump card. By building a strong gas and petroleum supply line and by selling weapons like the Soviet era, Putin managed to stash a lot of wealth, which he started using in controlling geopolitics and to recolonise the old colonies of the Russian Tsarist empire and the Soviet social-imperialism. The US aggression on Syria, an old ally of Russia, helped Putin to turn the tables on the Americans and their allies, including the NATO and Saudi Arabia. The Russian involvement in the Syrian civil war helped Bashar al-Assad to recover much of the lost territories from the foreign-funded terrorists. Russia’s effective assistance in the Syrian war caused the first severe damage for the US imperialism and its allies in Middle-East ever since the Iraq War.

A resurgent imperialist Russia needs new colonies and semi-colonies to sustain its economic growth and to maximise its global outreach and stature as a military power. With this vision, the Russian government is involving with almost all powers with which the US is not quite contented and Kremlin is spending more money and lucrative baits to wean the corrupt leaders of these semi-colonies and neo-colonies in favour of Moscow. The US ruling classes are seriously angry and feel threatened at the resurgence of the Russian imperialism and they are trying hard to nip the bud of an antagonistic Russian imperialism that can threaten their colonial hegemony over the countries of Asia-Africa and South America. Along with the Chinese, Iranians, etc. the Russian rulers are planning to build up an alternative coalition of imperialism that will compete with the US and the West-led imperialist bloc. The Russians have so far neutralised Turkey, a NATO partner and Pakistan, a traditional US ally just attached itself closely with Moscow.

The war between the Russians and the Americans and their allies is going on in Syria, while in Ukraine, the Putin regime wants to create more trouble for the pro-American politicians and oligarchs. As the Russian expansionism will try to spread itself, the US, which has taken the antagonisms to the level of irreconcilability, will try to build up more military resistance against Russia using xenophobia built by its mainstream, corporate-controlled, media-cum-propaganda outlets like Fox, BBC, CNN, etc. The Zionist Israeli forces, the British, the Germans, the French and other American lackeys will collectively bark at the Russian empire as they started with the so-called Russian-sponsored attack on a double-agent of Russia, Sergei Skripal and his daughter in the UK.

With the resurgence of the Russian imperialism and the fierce opposition to it by the imperialist bloc headed by the US, the UK and their global allies, it’s evident that their irreconcilable antagonisms will result into a military confrontation in Europe, which will certainly lead to a world war; a nuclear-powered world war. To think that a world war will not happen while imperialist forces compete with each other vigorously and violently over the control of the resources of Asia-Africa and South America, will be like living in a fool’s paradise. It must be remembered that imperialism is the highest and the moribund stage of capitalism, and in its frantic attempts to survive its inevitable fall, it will strike out violently against all threats to its existence, including the working class. In such circumstances, when the imperialist forces attempt to tear upon nations and pit the poor against each other so that they can divide and redivide the world among themselves and redistribute the booty of loot, it becomes the most sacred duty of the working class to resist the loot and plunder by turning any imperialist, fratricidal war by into a war for its own liberation from the yoke of exploitation, oppression and persecution.

The electoral communists in Russia wouldn’t be able to dislodge Putin as much as the electoral communists in the US or the UK will be unable to dislodge their own tyrant and imperialist rulers, as all of them lack the revolutionary fervour, which is an essential ingredient in the struggle against imperialism. Rather than becoming the people’s weapon, or to be precise, the working class’ weapon to overthrow the rule of big corporate capital, banking corporations and pig-rich oligarchs, these officially-sanctioned “communist” labelled parties operate as the shock absorbers for the big monopoly and finance capital and works in tandem with them to preserve and farther their business interests. They are, as Lenin said more than 100 years ago, the “labour lieutenants” of the imperialists within the working class movement, who are assigned with one particular task – disarray and deviate the communist movement against the imperialist regimes.
There is a section of the “left” and anti-establishment people who will consider this victory of Putin as a victory of the Soviet past or of anti-imperialism over imperialism, a miscalculation that bears the threat of a massive ignominy as Putin is building an imperialist regime that will equally threaten the world peace, stability and sovereignty of the neo-colonies and semi-colonies once that empire is built firmly over the detritus of the Soviet social-imperialism. The contradiction between the Russian imperialism and the US imperialist-led bloc, like in the Syrian war, can be exploited by the people for their own benefits, however, relying upon the Russian imperialism for one’s liberation and expecting that it will bring an end to the US imperialist hegemony in the world will be an infantile dream. The Russian imperialism will collaborate with the US and its allies, wherever they need to, in order to crush the genuine people’s revolutionary struggle that will threaten their exploitative agenda and any attempt to deny this means succumbing to the imperialist propaganda.

The actual end to the US imperialism, its allies and the Russian imperialism will come only when the people’s struggle for democracy in the colonies and semi-colonies overthrow the colonial shackles of imperialist plunder and oppression. Only such struggles throughout Asia-Africa and South America threaded together by the genius of the people, can bring forth the doom of US imperialism, its Western European imperialist lackeys and the Russian imperialism and its imperialist allies. It’s the obstinate resistance of the people against the imperialist loot and plunder, against the colonisation of their land and resources, that the struggle to build a world sans imperialism and its curse will be fruitful. Mere elections will only help the imperialist neo-Tsars like Vladimir Putin or Donald Trump to ascend the throne and anoint themselves to divide and re-divide the world.