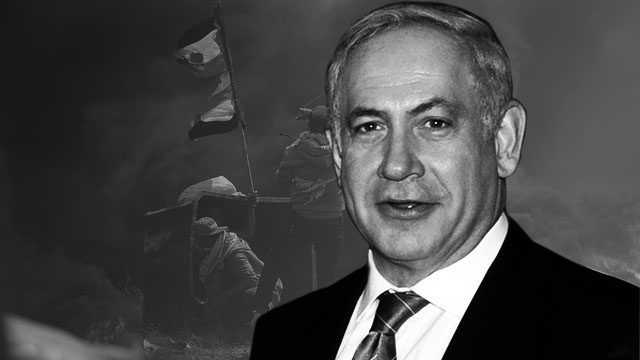 Since the Facebook banned a chatbot on Zionist terrorist Benjamin Netanyahu’s page, a ruckus was created amid the ongoing electoral drama in the occupied territory of Palestine, where the different representatives of the Zionist reactionaries and their US imperialist bosses are fighting over the booty of power. Islamophobic ranting and Arab bashing are prominently done by Netanyahu to appease his hardcore fanatic Zionist voters, which eventually created a massive outrage globally, as he started unveiling his obnoxious agenda of annexing West Bank from Palestine.

For Netanyahu, winning the election using Islamophobia and by spreading bigotry is mandatory because he only can save himself and his corrupt family from anti-corruption indictment by forming a government. However, his nearest contender and a “moderate” Zionist terrorist Benny Gantz of the Blue and White Party is giving a tough time to the fascist Likud Party. Netanyahu is placing all sorts of jingoistic baits to titillate his core supporters; from chest-thumping over his annexation of Golan Heights with the US support, his declaration of making Jerusalem the capital of the Zionist occupation regime, to the annexation of one-third of West Bank, known as Jordan Valley, the old hawk is living no issue that can gain him immense support from the crooked settlers and occupiers.

It’s not clear whether the Likud Party can gain a comfortable majority in the parliament this time after it failed to form a government in April, which led to re-election this month. The political crisis within the Zionist occupation state has grown manifold and the antagonism between different stakeholders of the system also intensified as Netanyahu aims at consolidating power and do away with the electoral system that maintained a balance among Zionists. There is a panic among other Zionist terrorists like Gantz that Netanyahu will destabilise and ruin the system for his self-aggrandisement that their Zionist forefathers had built to balance the contradiction between different sections of the ruling classes.

By constantly highlighting his ability to strike a chord with the major tyrants of the world like the US President Donald Trump, Russian President Vladimir Putin, Brazilian President Jair Bolsonaro, Indian Prime Minister Narendra Modi, etc, Netanyahu is busy projecting himself as the only Israeli leader with tall standing on the global platform. He is showing his acceptability among the reactionary, Islamophobic and racist camp of the world as an endorsement to his future military programmes targeting Palestine, Iran, Syria and Lebanon.

However, if one goes by the recent events, then Netanyahu’s international ties are suffering due to the volatility in global affairs. John Bolton, one of the close confidantes of the Netanyahu in White House, was fired by Trump last week. The Trump administration, after advocating for an all-out war against Iran, is now considering the option of meeting Iranian President Hassan Rouhani, which will be a setback for both Netanyahu and his secret ally — the Wahhabi Saudi Arabian monarchy — as he plotted to launch a military campaign against Iran using the US and the UK as his pawns.

Russia, on the other hand, told the Zionist terrorists to restrain from any attempt to annex the Jordan Valley, warning that it could flare up a prairie fire of violence in the region and burn down the very establishment of which Netanyahu is a vassal.

Though the Wahhabi Saudi Arabian monarchy is secretly helping the Zionist terrorists in militarily encircling Iran and to push it to the brink of a war, the actual goal of Riyadh is to secure its hegemonic position on Yemen by defeating the Iran-backed Houthi rebels and also to push a new batch of Wahhabi terrorists to disrupt peace and reconstruction in Syria so that the territory of the war-torn country can be Balkanised with western support. The Wahhabi Saudi Arabians won’t be interested in any longterm war project outside their immediate interest areas, where the monarchy can be directly shown as an ally of the Zionist terrorists. This will be a major concern for Netanyahu’s Iran plan.

For Netanyahu, to engage with Iran on a long-term basis without any direct support of the US or the UK will be problematic. The international community will not help it, and the Wahhabi Saudi Arabia can only provide clandestine support to save its “Muslim” image in the region. It will not be feasible for the Zionist forces to battle at different fronts at the same time, hence, Netanyahu is keen to seek support from Trump.

But a change in the US administration’s approach over the long term business plans of Trump and his family members in the Middle East will push the Zionist agenda to the backburner for the moment. Netanyahu can’t afford that luxury, as the only way he can keep any investigation against him and his family at bay is by using the subterfuge of a war. By drumming chauvinism and jingoism.

Hence, a flare-up at the Saudi Arabian oil major Aramco, brought up the Iran issue on the forefront, after the European Union, China, Russia and the UK exerted pressure on the US to continue with the old deal that Trump trashed after winning power. It’s not known who is behind the Aramco drone attack, however, after instigating a war-like situation in the Gulf between the UK and Iran, Netanyahu will try to ignite the flames of conflict between the Wahhabi monarchy and its Shiite foes.

Gantz, contrary to Netanyahu, is attacking the policies of the Likud Party and the utmost corruption that happened during Netanyahu’s rule. Though Gantz, if he is able to sweep a majority in the Knesset, will also carry out the attempt to formally annex the Jordan Valley into the Zionist occupation territory and may surpass Netanyahu’s record of killing 3,000 children, it’s unlikely that he will place them as the first to-do list upon coming to power. Under Gantz, there will be an effort to carry out the investigations against Netanyahu and even prosecute him so that the new leader gains international reputation. Netanyahu wants to stop this process through last-minute traction of highest Zionist fanatic votes.

Netanyahu, like his close friend Modi, is harping on jingoism to sail through the high tides of Israeli elections. One of the few leaders to have supported Modi on the annexation of Kashmir and its total lockdown for more than 40 days, Netanyahu can replicate the same model against the Arabs of Palestine and thereby consolidate power.  His victory will seriously threaten the entire Middle East and will wreak havoc on the Palestinians.

Whether he wins or not, the existence of the Zionist occupation regime itself is a threat to world peace in general and Middle Eastern peace in particular. For a prosperous, free and vibrant Palestinian territory and Middle East Asia, it’s important to overthrow the Zionist Israeli terrorist state and prosecute all the perpetrators of crimes against humanity, like Netanyahu, in the International Court of Justice. No one should be fooled by the Zionist Israeli electoral drama, as it will not change the ordeal of the Palestinian people. It will be only a protracted people’s liberation struggle against the Zionist occupiers and their settlers that the Palestinian people can recover their land and rights, and finally establish a free Palestine.