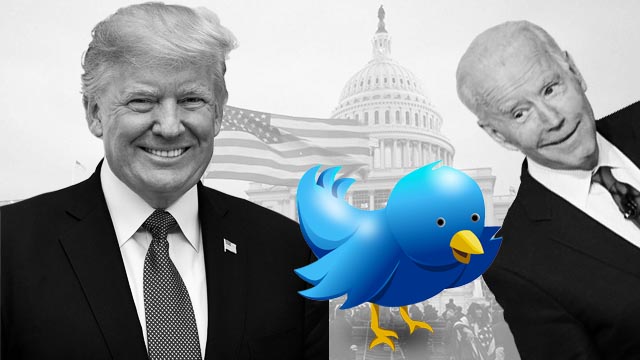 Twitter has permanently suspended outgoing US President Donald Trump’s account to prevent ‘further incitement to violence’. According to a statement by Twitter, it has closely reviewed Trump’s two recent tweets “in the context of broader events in the country and the ways in which the President’s statements can be mobilized by different audiences, including to incite violence, as well as in the context of the pattern of behavior from this account in recent weeks” (sic) and then decided to ban his personal account. Twitter banned Trump after Facebook took a similar step to suspend the outgoing president’s account until President-elect Joe Biden’s inauguration on January 20th 2021.

On January 6th, a mob of white-supremacists, allegedly incited by Trump, stormed the Capitol Building to oppose Biden’s bid to power. Trump has been accusing Biden of foul play in the November 2020 Presidential Election and was certifying himself as the winner. He refused to concede defeat and allow a smooth transition, drawing flak from different corners of the US’s ruling establishment. The feral mob ransacked the Capitol Building with sheer impunity. It’s alleged that Trump tweeted in favour of the mob and supported their violence, which led to five deaths, including that of a policeman. Soon, both Facebook and Twitter suspended his accounts.

Two days after the incident, Twitter banned Trump permanently on its platform. Trump’s personal Twitter handle—@realDonaldTrump—had 88.7m followers and was different from his official account, @POTUS, which will be used by Biden if he manages to have a peaceful transition on January 20th. While Facebook’s suspension is valid until the inauguration of Biden, Twitter’s proactive “permanent ban” has caused a major upheaval globally and the decision has evoked mixed reactions.

While on the one hand, the so-called American “left”, ie, the Democrats, supported the move by Twitter, on the other hand, the right-wing in the US and abroad, especially in the UK, India, etc, are criticising the decision. They are calling it a biased decision taken in favour of the “left” and citing Trump’s right to “freedom of speech” to revoke the decision. None of the global fascist leaders quit the platform despite their criticisms. Trump’s team posted an edited version of Twitter’s logo with a communist banner inscribed in it to link censorship with the communist movement.

Why Twitter banned Trump? If this question’s concrete answer is sought, then one would need to see the decision also in the “context” of the current environment and political developments. As per its statement, Twitter banned Trump permanently for the following two tweets of January 8th:

Twitter said that after assessing the language in these tweets, it has “determined that these Tweets are in violation of the Glorification of Violence Policy”. However, this same policy wasn’t applied to curb the amplification of hate speech by various right-wingers in the US, the UK, India, France, Zionist-occupied Palestinian territories, etc. The vilification of minorities, the opposition politicians, call to genocide against oppressed nationalities like the Kashmiris, Palestinians, etc, doesn’t draw flak. Similarly, the systematic promotion of violence against the Hong Kong authorities by the US, the UK and other imperialist powers didn’t snowball to Twitter banning the government officials of these countries.

The Hindutva fascist rabble-rousers affiliated with India’s ruling Bharatiya Janata Party (BJP), who regularly spew venom against the minority Muslims in India or gloat of bestiality, don’t face Twitter’s wrath. The Zionist fascists, led by Benjamin Netanyahu, have been promoting violence against Iran, Lebanon and Palestinian people over the platform for years. Never did Twitter crack the whip on him as per the “Glorification of Violence Policy”.

The simple reason why Twitter banned Trump is that it’s in an appeasement mode. It wants to be in the good book of Biden. It’s the same thing when Twitter’s CEO Jack Dorsey retreated on the issue of Brahminical patriarchy after he found himself in a controversy during his India tour. Mark Zuckerberg, the infamous Facebook founder, is known as a close ally of Indian Prime Minister Narendra Modi—who was until 2019 promoting Trump for 2020—and his platform is biased against any content that’s critical of the ruling BJP. Facebook’s former India policy head Ankhi Das had to quit after it was exposed that she endorsed hate speech and promotion of violence by Mr Modi’s BJP on the platform.

The news isn’t that Twitter banned Trump or Facebook suspended his account. It’s not a story of showing courage by standing against fascism. Rather, this is a story of utmost hypocrisy shown by these platforms that have normalised and promoted fascism for years by providing uncensored space to rabble-rousers and hatemongers. The news is they are flexing muscles and showing that they can arbitrarily gag anyone, under any pretext, by being the accuser, the judge and the executioner. This rings an eerie alarm and under Biden, this fascism, masked with progressive rhetoric, will not restrain itself within the digital space but tighten its grip on each outlet through which people can express themselves. Welcome to fascism, version 2021.