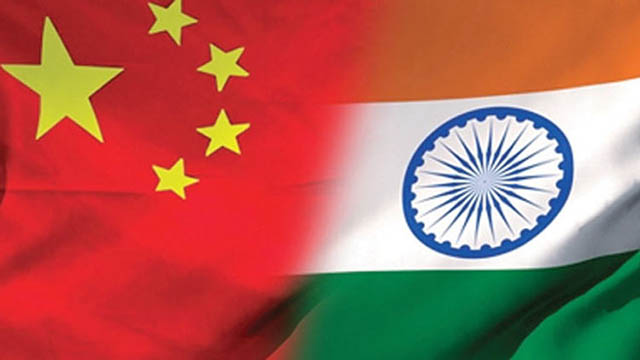 China and India have achieved a breakthrough in the 12th round of corps commander level meetings regarding disengagement along the Line of Actual Control (LAC) in eastern Ladakh. The Indian Army’s press release stated: “As an outcome of the meeting, both sides agreed on disengagement in the area of Gogra.” This meeting at Chushul Moldo Meeting Point on July 31st 2021, which was preceded by a foreign ministers’ meet at Dushanbe on July 14th, paved the way for disengagement at Gogra (PP 17A). The Chinese side also released a similar statement.

“As per the agreement, both sides have ceased forward deployments in this area in a phased, coordinated and verified manner,” the Indian Army stated. According to the Indian Army, the disengagement process was carried from August 4th to August 5th 2021. “The troops of both sides are now in their respective permanent bases,” the Indian Army said in its statement. Out of six conflict areas, the Indian Army and the Chinese People’s Liberation Army (PLA) have disengaged at four so far. Only the stand-offs at Hot Springs and Depsang plains remain unresolved at present.

“In the 12th round of talks, China and India agreed to resolve remaining issues in an expeditious manner in accordance with the existing agreements and protocols, and maintain the momentum of dialogue and negotiations, and that in the interim they will continue their effective efforts in ensuring stability along the LAC in the Western Sector and jointly maintain peace and tranquility, (sic)” China’s Global Times reported.

Since May 2020, the Indian Army and the PLA have locked horns in Eastern Ladakh after a deadly clash in the Galwan valley, where 20 Indian soldiers and three PLA soldiers lost their lives. The clash was the first in four decades causing bloodshed and casualties on both sides. Due to India-China treaties on border management, guns and firearms are not used in clashes. Yet, the soldiers engaged in fistfights and hit each other with stones, clubs, etc.

The end of the conflict through a peaceful dialogue will be an achievement for both countries. Both New Delhi and Beijing have shown restrain in the face of escalation and worked through bilateral channels to resolve the deadlock. Though Prime Minister Narendra Modi’s Bharatiya Janata Party used Sinophobia and jingoistic fervour to stoke mass hysteria over the purported “Chinese aggression” to score political brownies and despite the provocation by India’s Opposition, especially the Congress party, to carry out a full-scale war with China, the maturity shown by the government and the Indian Army in de-escalating tension delivered positive results so far.

The roots of the Sino-India border conflict lie in the British imperialism’s demarcation of territory using the illegitimate McMohan Line that even the Chinese monarchs didn’t accept as well as India’s claims on Tibetan territory that China has opposed since the 1950s. Though the Sino-India relations improved since 1978, after the Communist Party of China adopted a pro-capitalist political line, the border dispute continued. The tension in mid-2020 escalated at a time when the US, Japan and Australia have wooed India into an anti-China military front—the Quad—and former US president Donald Trump cajoled the Modi government, after his maiden India visit in February 2020, and used it as a pawn against Beijing.

However, the realisation of New Delhi that a full-scale military offensive against China will not favour India, made it avoid Trump’s bait. Moreover, China avoided military escalation as well and focused on dialogue to resolve the impasse. Moreover, India’s old ally Russia brokered peace between both countries proactively.

Indian Defence Minister Rajnath Singh met Chinese Defence Minister General Wei Fenghe at the sidelines of the Shanghai Cooperation Organisation in Moscow in September 2020. It was here that both sides declared their intention of maintaining peace and tranquillity in the border areas and resolve any disagreement through dialogues according to bilateral treaties. Despite continuous provocation from rabble-rousers close to the ruling clique, India desisted from falling into a war trap.

Peace between India and China is essential not for both countries and their economies but also the stability of the South Asian region. The mature and diplomatic endeavours to resolve disagreements and deescalate tensions, without involving third parties, is essential for both countries. The disengagement at Gogra or PP 17A proved that both India and China can resolve the stand-off at the other two regions along the LAC. It’s now time for the other two areas to return to the pre-conflict state.