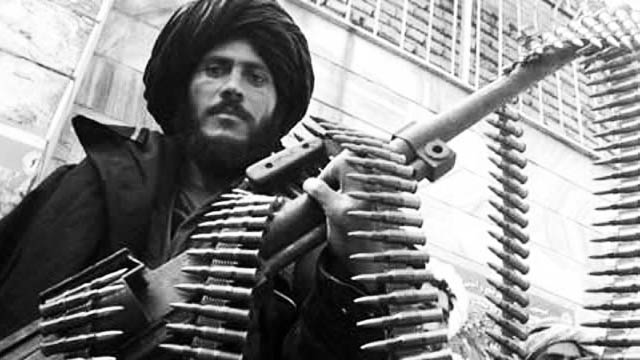 As the Taliban insurgents finally took over Kabul swiftly on the night of August 15th, defeating the US-backed puppet government, history repeated itself once again in Afghanistan, which defeated the British and the Soviet aggressors earlier. The Afghan people’s disenchantment with a western-backed puppet regime is clearly visible in this swift victory of the Taliban insurgents, who captured 26 of 34 Afghan provincial capitals in less than two weeks before sweeping Kabul.

According to news from Kabul and the Taliban insurgents’ claim, the Ashraf Ghani, the puppet president who wiggled according to the US’s diktats, fled Afghanistan for an undisclosed location. Neither his collapsing government nor the Taliban insurgents could confirm his destination, though a senior interior ministry official told Reuters news agency that Ghani went to neighbouring Tajikistan.

With Ghani’s exit, the 20-year-long US occupation of Afghanistan ended. The Taliban insurgents, who are eager to establish their erstwhile Islamic Emirate government, is all set to take over the reins of the country, though western imperialist countries like Britain have condemned them and refused to accept their legitimacy. However, backed by regional powers like China, Iran, Pakistan and Russia, the Taliban is confident of forming a new government with far more international recognition than its earlier regime.

Though the western mainstream media houses have been peddling stories of alleged Talibani tyranny in the areas occupied by it, without any credible evidence or ground presence, to stoke Islamophobia, the Taliban insurgents continue to present a moderate face vis-à-vis its 1996-2001 precursor. The Taliban has not only assured security of the lives and properties of the people of Kabul, but it has also announced an amnesty for those who have collaborated with the western powers, including government officials and military personnel.

“The Islamic Emirate once again assures all its citizens that it will, as always, protect their life, property and honour and create a peaceful and secure environment for its beloved nation”, Reuters quoted the Taliban. “All those who have previously worked and helped the invaders (Western troops), or are now standing in the ranks of the corrupt Administration of Kabul, the Islamic Emirate has opened its door for them and have announced for them amnesty”, the Taliban insurgents stated.

Talking to India’s NDTV, Taliban spokesperson Suhail Shaheen said that they welcome the foreign media houses to open branches in the Taliban-occupied regions and will provide the journalists with security if they inform them of their presence. “Journalists from around the world, if they want to come to our areas and file reports, they can come…They can open branches in our areas to see the ground reality with their own eyes,” Shaheen told the NDTV.

Shaheen also told the BBC that the Islamic Emirate government will not curtail the freedom of women. “We will respect rights of women…our policy is that women will have access to education and work, to wear the hijab,” Shaheen told the BBC. A hijab is a headscarf worn by Muslim women, which is in contrast to the earlier diktat of the Taliban that forced women to remain in veils and get out only with a male relative.

While the US clearly failed in its imperialist mission in Afghanistan, the Taliban insurgents, who numbered around 60,000 according to western estimates, managed to seize the country once again by capitalising on the people’s resentment against the foreign troops and Ghani’s capitulation to the west. This is a reason that the Taliban insurgents, who are armed poorly vis-à-vis the US-backed 300,000-strong Afghanistan military, could win victory swiftly. This article discussed how the US’s imperialist mission suffered an ignominious defeat in Afghanistan.

Though US President Joe Biden is compelled to withdraw troops from Afghanistan after a 20-year-long quest for hegemony failed—even though Washington DC invested $2.26 trillion in Afghanistan for which it may have to repay $6.5 trillion as interest by 2050—and as his regime can’t continue the doomed imperialist expedition anymore, the White House is tactically supporting the Taliban, hoping for a stake in the post-war country’s economy. This is a reason that the US, despite sending more troops to rescue its citizens from Afghanistan, didn’t dare to fight the Taliban’s march to power.

China, which has been instrumental in forcing the Taliban to adopt a moderate face, is also looking for greater stakes in Afghanistan. The Chinese media has claimed that Beijing may push the ambitious Belt and Road Initiative (BRI) in Afghanistan after peace is restored in the war-torn country.

Chinese Foreign Minister Wang Yi met Afghan Taliban’s political chief Mullah Abdul Ghani Baradar, on July 28th 2021. “Afghanistan belongs to the Afghan people, and the country’s future and destiny should be in the hands of its people”, Wang was quoted by Xinhua. Baradar appreciated Beijing’s role by saying, “China has always been a trustworthy friend of the Afghan people”. Baradar also said that Afghanistan won’t allow its territory to be used by any terrorist forces to attack China.

Russia, a bitter foe of the Taliban from 1996 to 2001 and supported the Northern Alliance, has also been trying to forge a strong alliance with the Taliban insurgents. Russia even organised one of the crucial peace talks between the Taliban insurgents and western powers. Moscow recently held military exercises near Afghanistan’s borders with Tajikistan and Uzbekistan. It now looks for a greater role in the Afghan reconstruction.

“Our ambassador is in contact with a representative of the Taliban leadership. As he told me just 10 minutes ago, he will meet tomorrow with a coordinator of the Taliban leadership to discuss safety, including safety of our mission,” Russian Special Presidential Representative for Afghanistan Zamir Kabulov told the Echo of Moscow radio station on Monday, August 16th 2021.

Despite being a bitter foe of the Taliban in the past, Iran has been more accommodative to the insurgents at present, as the ouster of the US at its border makes it feel safe. Before the Taliban insurgents took seized power, Iranian foreign ministry spokesperson Saeed Khatibzadeh said, “we are ready and willing to pursue the Tehran Peace Initiative to form an inclusive government in a genuine intra-Afghan dialogue, including all the groups that exist in Afghanistan today”.

As the Taliban insurgents are now enjoying support from regional powers like China, Iran and Russia, apart from Pakistan, it signals a paradigm shift in its scandalised policies. The powers that are supporting the Taliban want it to end the feudal warlords’ hegemony in Afghanistan and consolidate the Afghan market. Also, infrastructure development and bringing Afghanistan into the BRI will need long-standing peace in the country as well as the moderation of religious orthodoxy, which the Taliban is infamous for.

For the development of a market-friendly, warlord-free Afghanistan, the hardcore feudal Taliban insurgents can’t walk a longer distance vis-à-vis their predecessor American puppet regime. Therefore, rather than turning into a modern capitalist society, Afghanistan will remain a feudal society with semi-colonial rule by different foreign powers, albeit indirectly.

It’s to be seen how long and how seriously the Taliban insurgents will follow their pledge of stabilising Afghanistan, maintaining peace, law and order, and allowing women to avail education and employment. If it doesn’t, then within a short period, Afghanistan will descend into utmost chaos. As a feudal force like the Taliban won’t carry out any significant socio-economic transformation, hence, peace will be elusive in Afghanistan and sooner or later, new contradictions will emerge, and violence will erupt once more, causing an immense humanitarian crisis.