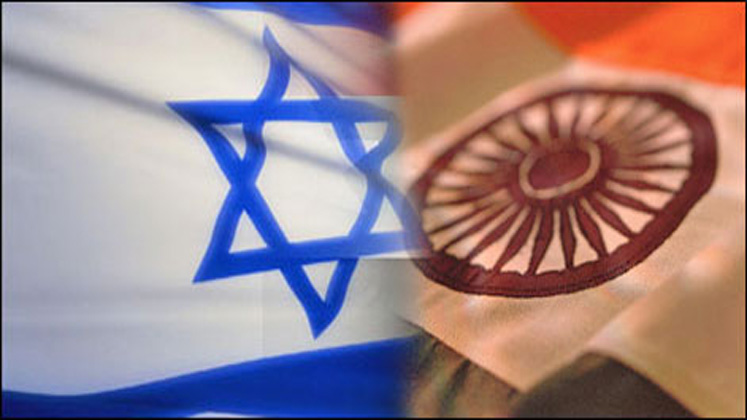 (This article was first published in May 2015 in the previous version of People’s Review. Due to an incident of hacking the old website was pulled down and we could only restore the old articles in this section)

With trip to one new country every twenty days, Narendra Modi is the happiest traveller on earth at present. Misusing the money paid by the people as taxes (direct and indirect), the prime minister is travelling across nations to showcase India as a cheap neo colony, which can be a source of huge profit for the foreign monopoly capital. Under the guise of slogans like ‘Make in India’ that tends to change the country into a manufacturing hub with Special Economic Zones, a lucrative opportunity for the foreign monopoly capital to extract super profit using the cheap labour and almost free natural resources of the country, the Modi government in its own words is ‘hard selling India’ in the markets of Europe and America with an unprecedented vigour.

The vision of the Modi government is to carry forward the foreign policy of the previous Congress government more aggressively by closely knitting ties with the US, the war monger and the Zionist Israeli government of Netanyahu, infamous for its bigotry and repression on the Arab people of Palestine. The Modi government is religiously following the roadmap set before it by the super rich of India, that tends to make India a military state, with total dependency on foreign capital and technology for its military hardware, as well as use the developed military skill to promote its expansionism against the smaller and weaker neighbours in Asia and Africa.

The Indian government had always worked as a pawn to the interest of world super powers, be it the Soviet Union or the present USA, India is keen to toe the line formulated by the big brother and never chalk out any independent policy that can promote its own interest above others. The total dependence of the Indian industry on foreign capital infusion and technological knowhow has crippled the government to formulate any independent policy that can liberate the country from the shackles of exploitation of the foreign monopoly capital.

Serving the US interest in the global context generally and in the context of South East and Middle East Asia in particular is the official foreign policy of the BJP government. They are unable to criticise any ill motive of the US government due to their tie up with the monopoly capital that flows from New York to Mumbai. The official position of the government of India is to gain further military might in South East Asia and be part of the anti-China contingent sponsored by USA -Japan– Australia and other powers. India is already acting aggressively to cut short the Chinese ambitions, and while working as a pawn of the US led forces, the Indian government is intentionally turning the people of the nation, the poor workers and peasants in particular, into cannon fodder for the Americans and their Western-Eastern allies.

The ideological unity between the RSS and the Israeli Zionists brought the two closer since  years, though the RSS was a vocal supporter of Hitler’s Jew extermination genocides – which the saffron outfit and its founding fathers hailed as a purification of the superior Aryan race, of which they considered themselves an inalienable part. Since the time the US and the British worked towards establishing a Zionist state by aggressing upon the people of Palestine, the RSS suddenly turned pro-Zionist, despite their extreme hatred against the Abrahamic religions. Ever since Vajpayee became Prime Minister, the Indian establishment exposed its radical Hindutva skin and openly developed friendship with the Zionist terrorist Israel by supporting the latter in its anti-Palestinian endeavours.

The close cooperation between the two forces is caused due to their common zealot ideology and principle unity in surviving through the support of the US and its allies. Indian government and the major corporate controlled media houses promotes the nefarious alliance between the two forces as a positive indication, and plays its communal Hindutva card to generate support in favour of iniquitous Israeli designs, that the government of India wants to replicate against any sort of dissent expressed by the oppressed nationalities of the nation, especially in Kashmir.

The Modi tour programmes aimed to garner support for turning India into a cheap manufacturing destination by providing cheap labour and free resources, which will swell the profit margin of the corporate houses manifold, and also to build up an axis of the far right wing forces across Asia and the world to farther the cause of American capital expansion in the region and to turn the country into a neo colony for the American monopoly capital and use its own forces to subjugate the weak neighbours by inciting expansionism.

During a year in office, Modi clearly showed what sort of government he is running and what his visions about the nation are. Yet, no media houses of the main stream will criticise this desperate attempt to sell off the nation and the interest of the people for the benefit of the foreign monopoly capital.  The media through its cunning moves has criticised Modi on technical and personal lines, including his choice of 1 billion rupees suit, but never hovered on the Indian policy of expansionism and its imposition of a fascistic and military rule on the people of the nation.