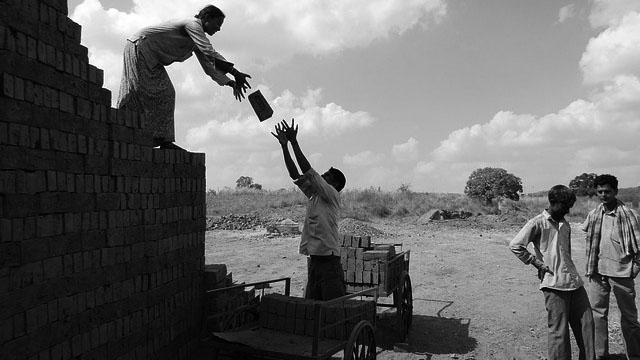 A recent working paper revealed that 9m jobs were lost in India between 2011-12 and 2017-18. This is claimed to be the largest job loss in independent India by the authors. The paper titled India’s Employment Crisis: Rising Education Levels and Falling Non-agricultural Job Growth, by Santosh Mehrotra and Jajati K Parida, was recently published by the Centre for Sustainable Employment, Azim Premji University.

This unprecedented economic crisis is caused by falling demand for goods and services, fuelled by massive unemployment, at 45-year-high 7.9% in the first week of November, which is caused due to the incessant structural readjustment and neo-liberal economic reform programmes that subsequent governments have pursued since the 1990s affecting the process of organised job creation in the non-agriculture sector.

In this paper, Mehrotra and Parida showed how for the first time, such a huge number of jobs were lost, even when millions enter the job market every month in search of a livelihood. It’s also for the first time that the agriculture sector, which provides the highest employment in India despite its contribution to the GDP falling every year, saw a massive reduction in employment. Agriculture recorded a decline of 4.5m per annum, about 27m in total during 2011-12 and 2017-18. Employment in agriculture and allied sector fell from 49% to 44% in the same period. This shows how deeply the farm distress has hit the rural economy, which is still the lifeline of India.

Employment in other sectors also fell drastically. The manufacturing sector is the major non-agriculture job provider. Between 2011-12 and 2017-18, manufacturing recorded a 3.5m decline in jobs, ie, a 0.5 percentage point drop from 12.6% to 12.1% in the period. The researchers raised doubt over the success of Prime Minister Narendra Modi’s Make in India scheme due to such a fall in manufacturing jobs, which should have, on the contrary, increased due to the purported government measures.

Construction offers the second-largest number of jobs after manufacturing in India, however, the sector created mere 0.6m jobs between 2011-12 and 2017-18 vis-a-vis 4m jobs per annum between 2004-05 and 2011-12. The real estate sector’s recent crisis, triggered by a credit problem as the sector sunk in immense debts, most of which turned into bad debts, impacted the employment in the construction sector, as many projects lie incomplete and in many, the builders have no running cash to pay off the wages of the labour.

Between 2011-12 and 2017-18, the organised sector jobs declined from 34.5% to 29.5%. In India, 90.7% of jobs (83.5% in the non-farm sector) are in the unorganised sector, a marginal improvement from 93% earlier. There is also an increase in informal employment, even in the government sector, where permanent, regular employment is given away for contractual and outsourced staffing solutions. The paper showed that the share of informal jobs in the government sector was 19% in 2004-05 but rose to 36% in 2011-12 and it remained constant until 2017-18.

Mehrotra and Parida showed that the government or public sector enterprises (PSE) contribute only about 13% of total non-farm sector jobs in India, while about 87% is still being generated by private enterprises. They said in manufacturing, the share of public sector employment is only 2% or 1.2m during 2017-18; while in non-manufacturing and services it is about 11% or 6.3m and 18% or 26.4m respectively.

As wages remained more or less flat during the period, therefore, Mehrotra and Parida are sceptical of the claim that poverty has reduced in the country. Rather, the loss of more jobs may have aggravated the crisis by pushing more people to the bottom of the economic pyramid.

As the Indian economy is experiencing an unprecedented unemployment crisis of the neo-liberal economic phase, as fuel prices are rising and the anti-people policies of the Modi regime are spiralling inflation, the loss of 9m jobs from the Indian job market is a blow to the economy. Mehrotra and Parida have shown that out of 495.1m labour force in the market seeking employment, only 465.1 had jobs in 2017-18.

The severe crisis in the automobile sector, which is the major manufacturing job provider, should’ve intensified the crisis in FY 2018-19 and 2019-20. When the industrial data for Q2 of FY 2019-20 will be available after the first fortnight of November, the picture will be far more clear.

The Bharatiya Janata Party (BJP) of Modi has been so far countering the criticism over unemployment with its jingoistic distraction techniques. To discombobulate the masses, the Modi regime is even thinking of fixing 2017-18 as the base year to calculate GDP and show a growth in numbers.

Earlier, the Modi regime adopted a new computation technique to project its GDP figure higher than the Congress party-led United Progressive Alliance (UPA) years. If the recent GDP figures were computed according to the UPA-era methodology, then the GDP growth may have had hit 4.5% in Q1 of FY 2019-20. This cheap manoeuvre to save itself from gross ignominy is the Modi regime’s strategy to deal with the intensifying crisis.

The paper of Mehrotra and Parida clearly shows how the BJP ruled states had the highest job loss in 2017-18. Huge job losses in Uttar Pradesh (3.2m), Gujarat (1.5m), Rajasthan (1.5m), Jharkhand (1m) and Maharashtra (0.8m) show how the BJP is trying to help the unemployed of the country through its so-called development policies. It’s a standard practice of this government to remain indifferent to the core issue and use all the resources at its disposal, especially the toady press, to create favourable optics, and distract the people’s attention.

As Prime Minister Modi and his coterie are trying to address the issues of job loss, unemployment, low economic demand and massive farm distress with jingoistic rhetoric on Pakistan, Kashmir or by fuelling the Hindutva fascist Islamophobic hate-mongering, the people’s issues, especially regarding the economy, are thrown in the backburner through a concerted effort.

Using the toady press’s favourable coverage and Hindutva fascist propaganda to polarise the majority community, the BJP and Modi are quite confident that they will get through with massive layoffs in state enterprises like BSNL, MTNL, Indian Railways and different PSEs. However, this notion needs to be whacked by the democratic and progressive forces.

The economy can’t recover under the aegis of Modi and the BJP as the system and the classes — the big comprador capitalists, feudal landlords and foreign corporations — whose interests they represent, won’t resolve the economic crisis. Rather, it’s the rich and the super-rich who are benefitting from the Modi regime’s largesse as they are getting tax sops and more credit from the public sector banks at a time when the people, especially those who are unemployed, should have received a financial bailout from the government.

This ordeal, this massive job loss and the uncertainty will loom large on the lives of the poor, the real majority community, who are going to suffer the most due to unemployment unless there is a political struggle waged to transform the system and bring forth positive changes through public sector intervention and investment.