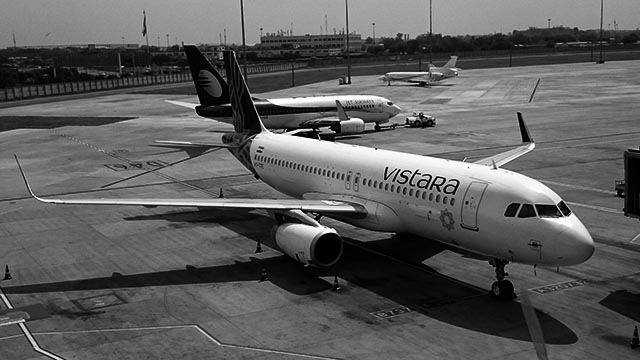 Since Prime Minister Narendra Modi announced a nationwide lockdown to counter the Coronavirus (COVID-19) pandemic on March 24th evening, a lot of stories about the sufferings of migrant workers are narrated. One surprising story is that even the aviation industry – mired in a deep financial crisis – has duped many migrant labourers during the lockdown to profiteer from their agony. Vistara, one of the private airlines of India, has refused to refund cancelled ticket amount to workers who booked flight tickets in distress spending a lot of amount from their savings. By obfuscating the flight ticket cancellation process due to lockdown extension and subsequent flight cancellations, the passengers are denied a refund for cancelled flight tickets. Except for issuing a written memorandum and notice, the government didn’t act to help the aggrieved people.

In South Delhi’s Mehrauli locality, a group of 12 migrant workers from West Bengal, with a 4-year-old child, spent a huge amount of money from their savings during the first phase of the lockdown to buy flight tickets to Kolkata from Vistara airlines to reach home fast and safe. The journey date on the ticket was April 18th 2020. However, as the Modi regime extended the lockdown till May 3rd, all flight bookings were cancelled. The flight ticket cancellation by the airlines gave the hope to the distressed passengers, including such poor migrant workers, that their money will be refunded as it was done due to a government directive.

However, the amount was not refunded. Two tickets with eight passengers, including the child, in one and five in another, booked by a local travel agent through the IRCTC website of Indian Railways, costed them Rs 16,672 and Rs 10,915, inclusive of all taxes, respectively. A total of Rs 27,587, was spent by these workers, who work in local embroidery outlets and have lost their jobs in March itself, to return home. But in the period of capitalism’s worst crisis, the airlines like Vistara aren’t even sparing the poor workers from their looting spree, by not refunding their cancelled ticket amount.

The tickets booked on Vistara UK-727 from Delhi to Kolkata had Kalipada Jana, Sajal Kumar Hati, Ashok Adak, Biman Pramanik and Sk Arif Mahammad on one ticket, and on the other, the passengers are Nasiruddin Nasiruddin, Sahina Begum, Jaydul Hossain Mallik, Sk Mujibar Rahaman, Subrata Kumar Patra, Tarun Das, Swapan Bera and the child, Nisha Khatun. These tickets were booked on the IRCTC website on April 3rd morning. When they learned that the lockdown is extended till May 3rd, hell broke loose on them. The flight ticket cancellation was a shock to them and Vistara denying them refund became a bigger pain as they spent money from their meagre savings to reach home safely and fast. All they want now is their money – Rs 27,587 – back, as it’s their hard-earned money and at a time when they are surviving on the ration given by the government and essentials supplied to them by charitable organisations, trade unions and others, the money will be a great support for them.

Even though Vistara has cancelled all its operations until the government lifts the ban on air travel, it has not refunded any money to customers. Now the majority of booking between late March to mid-April was done mostly by people in distress who hoped that the lockout will be lifted on April 14th as per the previous communication of the government. But as the lockdown extended till May 3rd and then there is no guarantee that the civil aviation will be able to take flight anytime soon, the bookings of all airlines are cancelled. However, rather than refunding the entire amount to the passengers – as the cancellation wasn’t their decision – companies like Vistara are holding the amount illegally and earning interest on that to run their business.

As thousands of such workers and distressed poor who took loans to book air tickets are in grave distress, it’s the airline’s sheer act of loot by creating ambiguity over flight ticket cancellation that has become eponymous of the grotesque society that India has turned under Modi’s unapologetic corporate appeasement. Vistara has been blatantly refusing to pay back consumers their own money. It’s doing so on shabby grounds and by playing with jargons.

For example, when a Twitter handle asked Vistara to refund for his ticket, Vistara’s support team wrote: “…We are offering customers the flexibility of picking an alternate date and sector of travel till 31-Dec-20, without any change fee (fare difference applies). Your PNR will be extended till 31-Dec-20 and will be saved on our system.” This means, though the ticket’s PNR will be stored with the airlines, there is no guarantee of an alternative ticket issued when the flight operations resume. Rather than issuing a new ticket, Vistara is shamelessly asking the customers to pay the difference amount as it’s expecting to raise fare in the post-lockdown period. This difference amount can be anything and it won’t be possible for the workers to pay the amount or wait till the time the planes fly.

The Director General of Civil Aviation (DGCA) issued an official memorandum, AV29011/27/2020-DT, dated April 16th 2020, in which it clearly stated that for any ticket booked during the first lockdown period for a flight in the second lockdown period, the airlines must provide a full refund to the customers without levying any charges for the flight ticket cancellation. It’s clearly reiterated in the DGCA circular number 4/1/2020-IR, dated April 16th 2020, signed by Sunil Kumar, the deputy director general, and shared with all airlines that the above memorandum’s instructions must be complied with. While most of the airlines, including Vistara, didn’t take a long time to ban a popular stand-up comedian from travelling for a few months because he questioned the ruling party’s television anchor on board of a flight, they didn’t oblige the government’s direction on providing refunds to the aggrieved passengers with equal zeal.

Vistara straightaway denied refunding to an aggrieved passenger named Om Prajapati, who tweeted to the airlines and when he cited the DGCA guidelines, the social media support team ignored his request. While the denial of refund for flight ticket cancellation is also hitting the middle class hard, the poor migrant workers are the worst hit, yet no government agency is forcing these airlines to shell out the money they have been sitting on. After they were subjected to severe hardships due to the lockdown and left without income or food, the airlines cheating poor migrant workers, who spent all their savings on buying tickets for their first flight – albeit a distressed flight – shows us how they loot with sheer impunity. It’s unlikely that even after noting all these, the DGCA, which is primarily concerned about the airlines earning a profit, will crack a whip on the likes of Vistara, as their owners fund the ruling party. The plight of the migrant workers didn’t bother the road transport authorities of different states, expecting the aviation sector that caters exclusively to the middle class and the rich to show minimum empathy to these poor people is really too much to ask for.